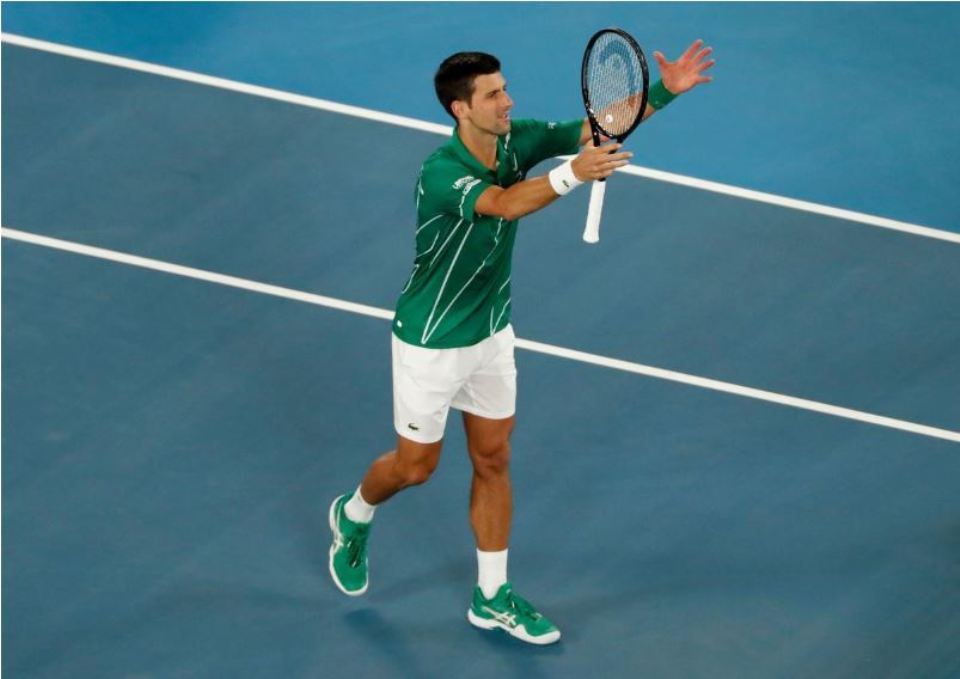 Federer saved seven match points in a five-set thriller with American battler Tennys Sandgren only hours before but there was no luck of a second successive belter for the Rod Laver Arena fans, with Djokovic at his ruthless best.

The crowd will hope for a better show on Thursday, when second seed Djokovic renews his Grand Slam rivalry with Federer, six months after fighting off match points to beat the Swiss in Wimbledon’s longest ever final.

“I hope I get to at least one match point in a few days,” Djokovic, who hold a 26-23 edge over Federer, quipped on court after downing Raonic.

“Obviously (I have) tremendous respect for Roger, everything he has achieved in the sport — definitely one of the all-time greats.

While 38-year-old Federer made heavy weather of world number 100 Sandgren and was hampered by a groin problem, Djokovic’s biggest trouble against Raonic was his contact lenses.

He winced in discomfort in the latter part of the match and took a medical timeout at 4-4 in the third set to fit a fresh pair passed on from his players’ box.

“I want to apologise to Milos once again,” he said.

“It was not intentional or tactical — it was just something that I had to do because those few games I could not really see much and I had to change my lenses.”

Even if blindfolded, Djokovic might still have beaten Raonic, a player he had never lost to in nine previous matches.

Although 32nd seed Raonic has long been one of the tour’s most vexing servers, his main weapon was redundant against his opponent’s brilliant returning.

It was mainly down to luck that the robotic Canadian hung in for a period, with Djokovic unable to convert eight of nine break points in the first set, including three chances to win it.

The Serb, bidding for a record-extending eighth title at Melbourne Park, finally converted the fourth set point when Raonic clubbed wide in an 18-shot gunfight.

The booming Raonic forehand with its extravagant wind-up had cut a swath through the draw but Djokovic made it look decidedly foolish as he broke the Canadian in the fourth game and roared to a 4-1 lead.

The 16-times Grand Slam champion paused only briefly to mount a pair of dodgy line challenges before serving out the set.

His failing contact lenses took the polish off the third, however, and he barked at distractions in the crowd as Raonic saved four break points at 5-5.

That extended the Canadian’s Melbourne Park stay only briefly, with all resistance broken in the one-sided tiebreaker.

Djokovic later grew misty-eyed as he remembered NBA great Kobe Bryant, who was killed in a helicopter crash near Los Angeles on Sunday along with his 13-year-old daughter and seven others on board.

“Kobe was one of the greatest athletes of all time and inspired me and many other people around the world,” said Djokovic, who had KB and a pink heart stitched into his green tracksuit top.

“I had that fortune to have a personal relationship with him over the last 10 years and when I needed some advice and some support he was there for me.

“He was my mentor, my friend and it’s just heart-breaking to see and hear what has happened to him and his daughter.”

Gold price increases by Rs 400 per tola
30 minutes ago