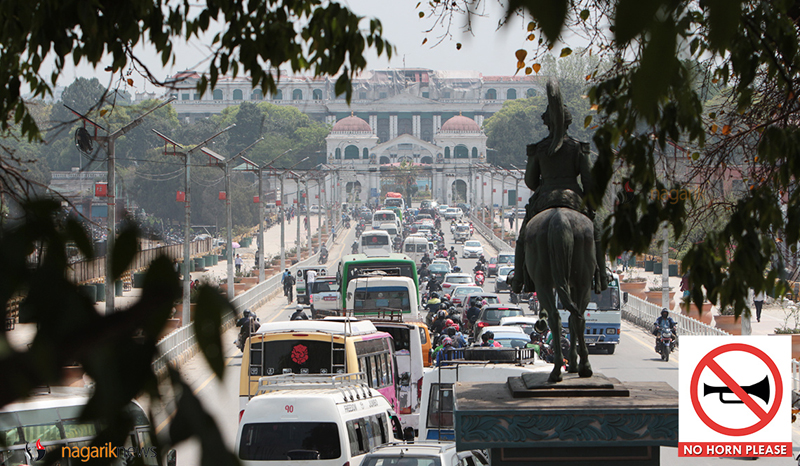 KATHMANDU, April, 18: Traffic police in the Kathmandu valley have penalized 852 chauffeurs after the implementation of ‘No Horn Please’ from first of Baisakh.

Giving the data on Tuesday, the Metropolitan Traffic Police Division (MTPD), Kathmandu has informed that the office has collected Rs 426,000 revenue from the fine for breaching the recently implemented system in the valley till Monday evening.

The newly executed rule was introduced by KMC, Traffic Police Office, and Chief District Officer at the initiative taken by the Department of Transport Management in order to control sound pollution in the Kathmandu Valley starting Nepali New Year 2074 BS.

“We have punished 852 people for unnecessarily honking and have fined Rs 500 from each of them within first four days”, said SP Lokendra Malla, of MTPD.

‘Non Horn Please’ rule is applied to two-wheelers, three-wheelers and four-wheelers plying within the Capital. Those vehicles plying into and out of the valley will also have to abide by this rule.

If vehicles were found honking or beeping, the traffic police will be fined them minimum Rs 500 to maximum Rs 1500 depending on the case.

This ‘No Horn Please’ rule will not, however, apply to ambulances, fire engines, hearses and those emergency ones.

Similarly, vehicles are allowed to beep at a turning point or at a place from they cannot see the vehicles coming from the opposition direction.

Section 164 © of the Vehicles and Transport Management Act 2049, has laid down provisions that if a vehicle honks except in an emergency case, they will be fined Rs 500 for the first time, Rs 1000 for the second time and Rs 1500 for the third time. 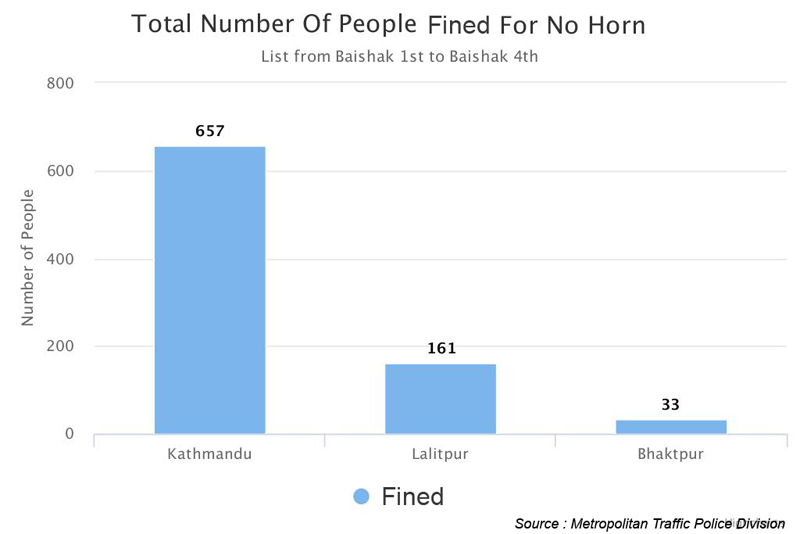 DANG, Aug 26: A service seeker was compelled to make rounds of the High Court, Tulsipur for five months due... Read More...

Schedule for 'no horn zone' in Pokhara

POKHARA, July 7: The District Traffic Police Office, Kaski has made public a one month schedule under the 'no horn... Read More...