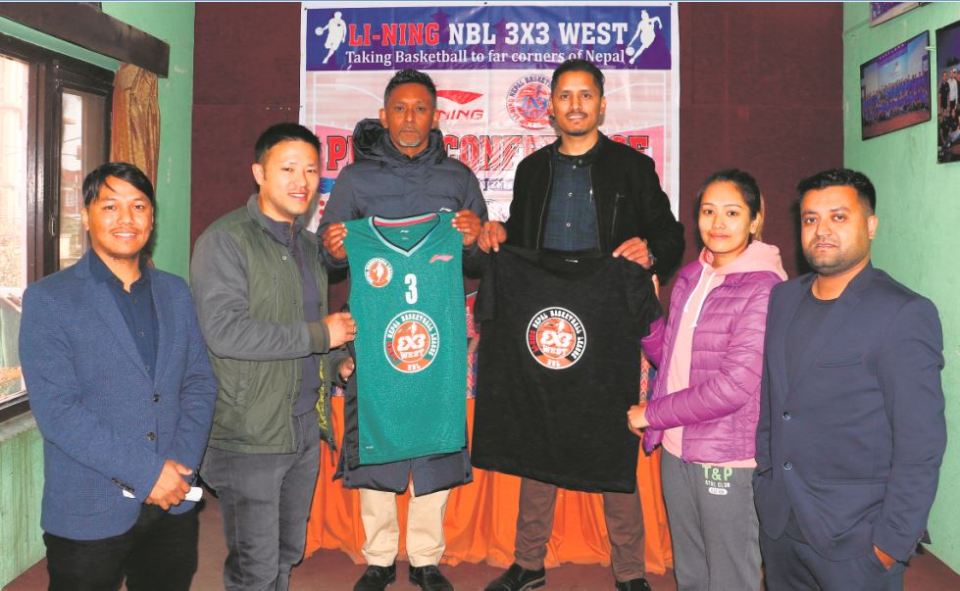 KATHMANDU, Jan 11: Nepal Basketball League Pvt Ltd (NBL) on Friday roped in popular sports apparel producers Li-Ning as the title sponsor for the upcoming Nepal Basketball League (NBL) 3X3 West on Friday. The basketball tournament starts on January 14 at the Pokhara Stadium and will be held over three different cities of the western part of the country. NBL has already organized NBL 3X3 East.

NBL Chairman Namit Bahadur Thapa and Li-Ning Nepal Country Head Rajen Maharjan signed the agreement during a program held in Kathmandu. Following the agreement, Li-Ning will provide NBL with cash of Rs 500,000 and basketball goods equivalent to the same amount.

"We are very happy that we now have Li-Ning as the title sponsor for the tournament. This will motivate us more to make this tournament successful," added Thapa.

The city games will be played under knock out format. The winners will be awarded with Rs 50,000 and the runners-up will get Rs 25,000. The Most Valuable Player will also be provided with a pair of shoes from Li-Ning.

According to Li-Ning Country Head Maharjan, NBL 3X3 is a great platform for young players across Nepal. "By being associated with this tournament for the West edition, we will also have our brand established in those regions," said Maharjan.

No one can become PM by making noise: Dr Koirala
15 hours ago