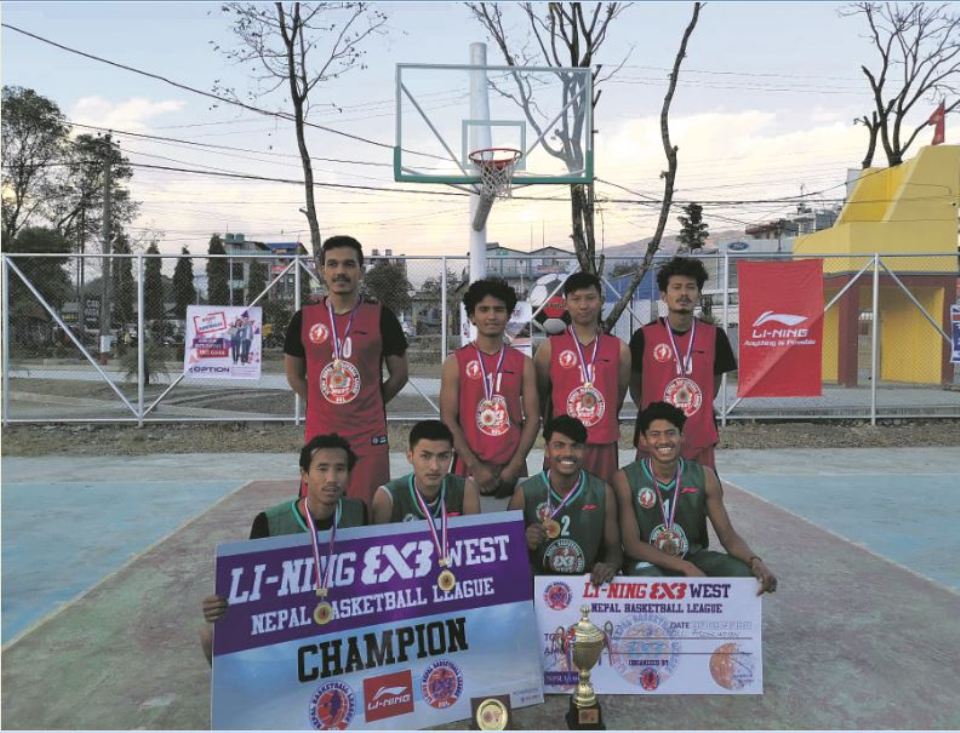 KATHMANDU, Jan 24: Kaski Basketball Association has secured the Li-Ning 3x3 West title after defeating Times Club A in the final match played at Pokhara Stadium’s basketball court in Pokhara on Thursday. Kaski registered a commanding score of 21-14 to secure the win.

The winner of Pokhara leg, Kaski defeated the Times Club A, the winner of Dhangadi leg to clinch the title.

Times Club B and New Horizon from Butwal, Ramghat from Pokhara and Sudurpaschim Foundation from Dhangadhi were other teams in the event.

The winning team received a cash prize of Rs 50,000 whereas the runner-up bagged a purse of Rs 25,000.  Kaski’s Sonam Pun won the most valuable player award. He scored a total of 40 points in the all matches of the finals. He received a pair of shoe from the organizers.

3x3 West is the fourth basketball program of Nepal Basketball League Private Limited. Earlier, it had hosted 3x3 East and couple of events in Kathmandu including men and women categories. The organizers are set to organize the fifth leg with 3x3 Central. The schedule is yet to be announced.