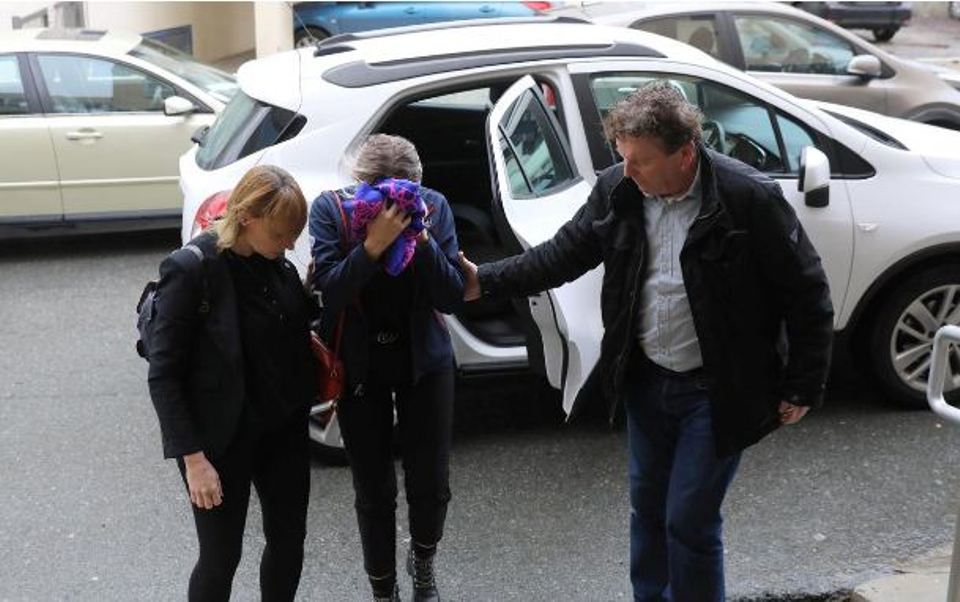 A British woman, accused of lying about being gang raped, covers her face as she arrives at the Famagusta courthouse in Paralimni, Cyprus, December 30, 2019. REUTERS/Yiannis Kourtoglou

PARALIMNI, CYPRUS, DEC 30: A Cyprus court on Monday found a British woman guilty of lying about being gang-raped by Israeli youths six months ago.

In a case closely followed by rights groups, a district court in the town of Paralimni ruled that the woman, aged 19 at the time, had lied about being sexually abused by 12 Israeli teenagers. Sentencing was set for Jan. 7.

The woman, who cannot be named for legal reasons, was arrested after police said she had withdrawn an accusation that the teenagers had raped her in a hotel room at the holiday resort of Ayia Napa in July.

She was convicted of public mischief, which carries a fine, a jail term of up to one year, or both.

The woman maintained that she had recanted her accusation under duress from police during persistent questioning without a lawyer present. Prosecutors and the court dismissed that claim.

“My conclusion is that the guilt of the accused has been proven beyond a reasonable doubt,” the presiding judge said in his verdict, describing her claims as inconsistent and adding that she had attempted to mislead the court.

Her lawyers said she would appeal. Nonetheless, they urged the court to exercise leniency in sentencing, including the possibility of suspending any jail term.

“We believe there have been many violations in the procedure and the rights of fair trial of our client have been violated,” said her lawyer, Nicoletta Charalambidou.

The Israelis were released without charge 10 days after being arrested, on the day the woman retracted her accusation.

The individuals she had accused were not summoned to court because prosecutors considered the case one of public mischief, not rape.

In testimony in open court, the defendant said she had been in a hotel room with one of the Israeli youths, with whom she had a relationship before others appeared and she was pinned down.

One defense witness, Marios Matsakis, a forensic pathologist who formerly worked for the state, said the woman’s injuries were consistent with rape. Prosecutors said she had fabricated the allegation, angry at being filmed during sex.

The woman left the courthouse with a blanket over her face and a handkerchief around her mouth, imprinted with an image of female lips sewn shut.

KATHMANDU, July 23: The Supreme Court has sought all files related to the corruption charge against suspended chief of Inland... Read More...

KATHMANDU, March 2: The Commission for the Investigation of Abuse of Authority (CIAA) has filed a charge sheet at the Special Court... Read More...