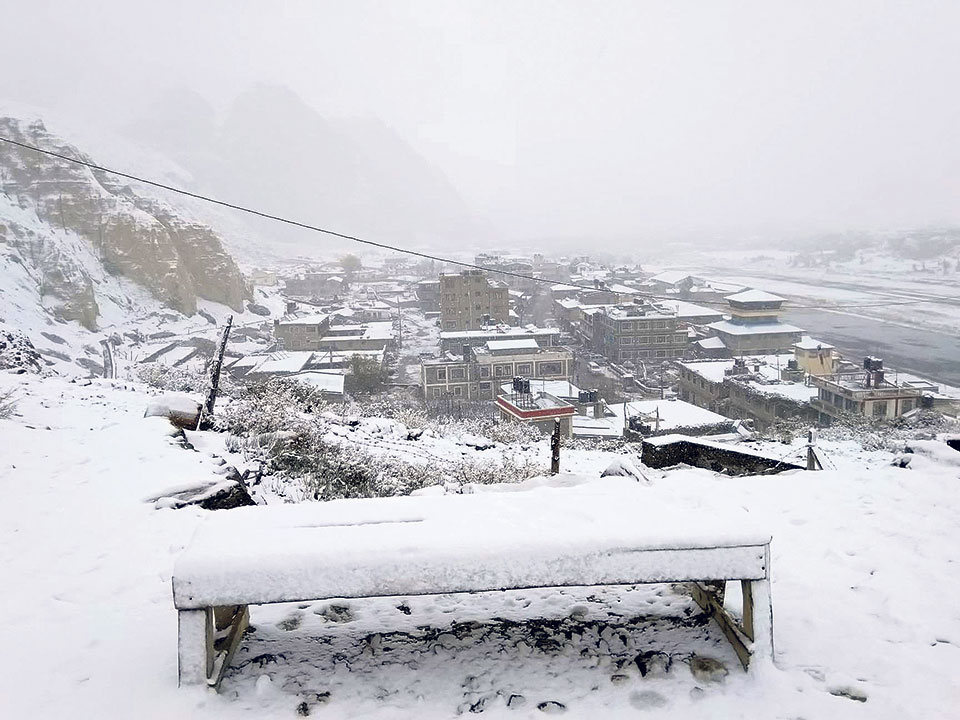 A whited-out Jomsom, the headquarters of Mustang district pictured on Friday. Mountain districts across the country have witnessed snowfall since Wednesday evening. Photo: Sushil Babu Thakali/Republica

POKHARA/MUSTANG, Dec 14: The mountain districts of the country have witnessed snowfall for the last two days, and the daily lives of locals have been hit as the temperatures have dipped significantly.

Manang has been witnessing heavy snowfall since Thursday, while snowfall started in Mustang from Friday morning. This is the first snowfall of the season. The tourism sector in both the districts has also been hit since the last two days. Meanwhile, airlines have cancelled their services in Mustang due to the snowfall.

According to Deputy Superintendent of Police (DSP) Tika Bahadur Karki, the chief of District Police Office, Manang, the district headquarters Chame and the upper region of the district is covered by a thick layer of snow. “The temperature in Chame has plummeted to minus 4 degrees Celsius. The upper parts of the district received up to eight inch of snowfall,” Karki said, adding that the temperature in the upper areas dipped to minus six degrees Celsius on Friday.

Meanwhile, tourists have been barred from travelling to the Tilicho Lake due to heavy snowfall. “Farmers in the district are, however, excited by the snowfall,” Karki said, adding that the road has become slippery, and vehicular movement has been obstructed in the district. Karki further added that the locals have not come out of their homes.

Likewise, another mountain district of Mustang also witnessed its first snow of the season. According to Tulasi Dahal, conservation officer at the Annapurna Conservation Area Project (ACAP), the temperature of Jomsom, the headquarters of Mustang, dropped to minus two degrees Celsius on Friday. Lo Manthang – the upper part of the district – has witnessed one-inch of snow, while the headquarters Jomsom recorded two inch of snow.

According to Ganesh Dumre, air traffic controller at Jomsom Airport, the region is snowed out and the flights from and to Jomsom were cancelled on Friday due to the snow and cloudy weather,” he added.

Bed Prasad Aryal, chief district officer (CDO) of Mustang, said that the local administration has become cautious about the situation. “The administration has asked the police to remain on standby for any requests for assistance. Police will help the devotees coming to Muktinath Temple in case of any difficulty, Aryal said, adding that the administration has also advosed foreign tourists to exercise caution and avoid venturing out.

The local administration has also urged the locals to put on warm clothes and take hot soups to cope up with the cold weather.

Sangita Thakali, a resident of Gharapjhong Rural Municipality-5, said that the farmers in the region are excited due to the snowfall. “We didn’t have sufficient snowfall during the monsoon. This snow will be beneficial for the food crops,” she added.

Meanwhile, the Department of Hydrology and Meteorology has forecast moderate snowfall in mountain districts for Saturday. The climate will be mostly cloudy throughout the country, and some places in the western region could seen lightning, according to the department. 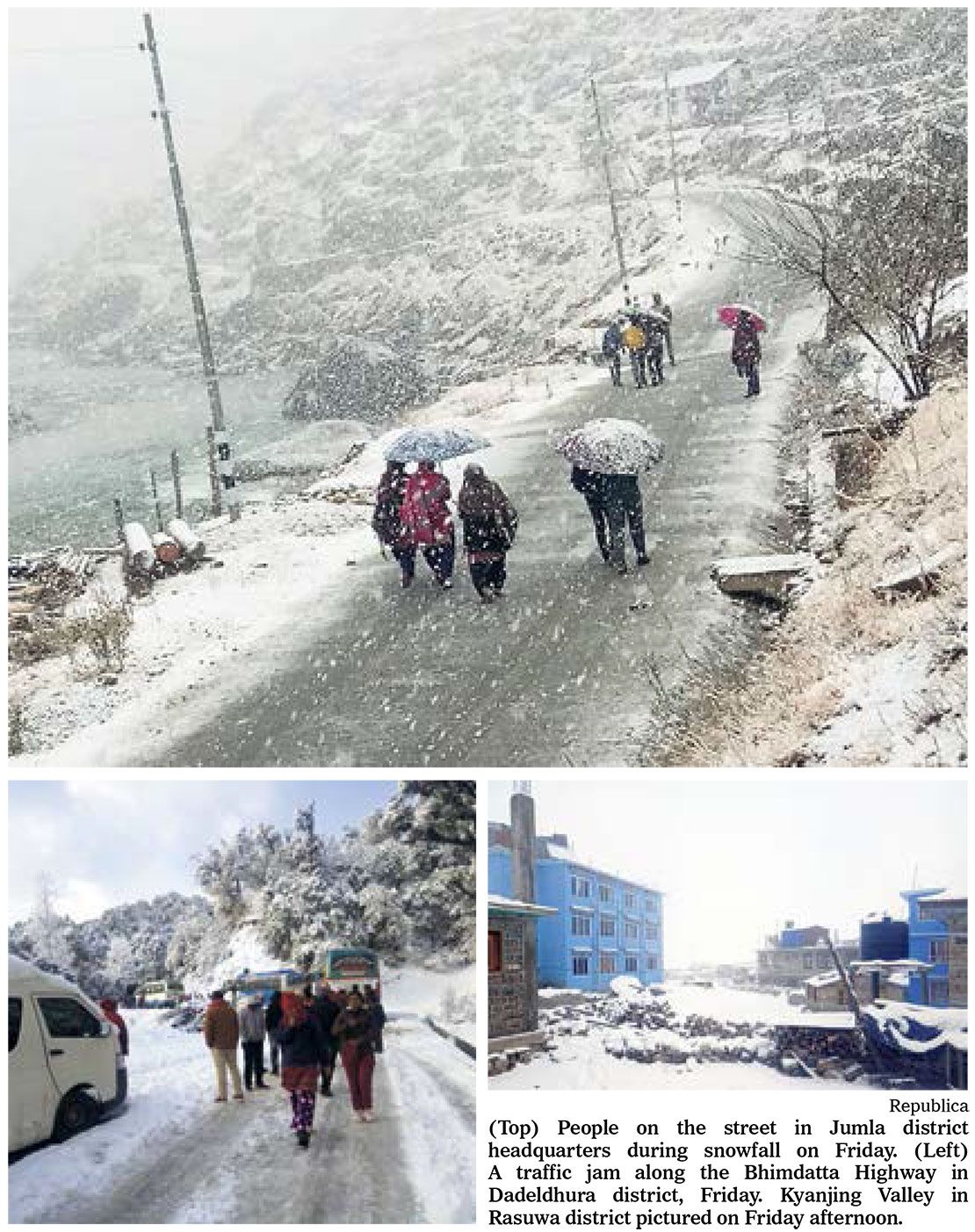