Members of Bangladesh men’s cricket team pose with their gold medals after defeating Sri Lanka to win the men’s cricket competition during the 13th South Asian Games at the TU Cricket Ground in Kirtipur on Monday.

KATHMANDU, DEC 10: Bangladesh U-23 batsmen chased cautiously to secure their first gold medal in the 13th South Asian Games (SAG), defeating Sri Lanka U-23 by seven wickets in the final match played at TU Cricket Ground in Kirtipur on Monday. Bangladesh completed the target of 123 runs in 18.1 overs by seven wickets.

None of the Sri Lankan bowlers were able to make any lasting impact in the match, with Kamindu Mendis and Sachindu Colombage sharing a wicket each. Other bowlers, Asitha Fernando, Kavishka Anjula, Jehan Daniel and Sammu Ashan were wicket-less in their respective overs.

Earlier, Bangladesh won the toss and invited Sri Lanka to bat first. The batting lineup which hardly failed during group stage was all-out for 122 in exactly 20 overs. Sri Lanka’s best run-scorer Pathum Nissanka, who scored 22 runs off 24 deliveries including two boundaries, was run-out in 10.2 overs reducing Sri Lanka total to 62 runs for the loss of four wickets. The island nation had lost in-form Kamindu Mendis and Lasith Croospulle for four and a run respectively earlier in the innings to leave the Sri Lankan batting in disarray.

Sammu Ashan tried to get runs late in the innings, collecting 25 runs off 20 deliveries which included three boundaries.

Player-of-the-match fast bowler Hasan Mahmud broke the back of Sri Lanka batting with his trio of strikes which included Mendis, Croospulle and Ashan. He was supported by Tanvir Islam who chipped in with two important wickets of Jehan Daniel and Ashen Bandara to further push Sri Lankan batting in discomfort towards the end overs.

Likewise, Sumon Khan and Mahedi Hasan shared a wicket each of Nishan Madushka and captain Charith Asalanka for 16 and 12 runs, respectively. Khan was miserly in his four overs conceding 16 runs off it.

Likewise, Umar also excellently took a wonderful catch at boundary ropes to dismiss Paras Khadka for three runs off seven boundaries. Liam Shafeeg was the bowler who claimed the wicket. However, Rohit Kumar Paudel and Pawan Sarraf scored unbeaten 15 and 10 runs to secure a bronze medal for Nepal.

Hassan Ibrahim bowled economical four overs for 16 runs without taking any wickets. Maldives captain Mohammad Mahfooz was wicket-less in his three overs conceding 25 runs off it.

Earlier, Shafeeg scored a cameo of unbeaten of 19 runs off 11 deliveries which included two boundaries and a six to help stretch Maldives total to 94 runs for the loss of five wickets in 20 overs. Maldives innings looked to end soon at the stage of 51 runs for the loss of seven wickets in 11.1 overs, but Shafeeg and Ameel Mauroof stretched the total. Mauroof scored a patient 24-bal 13 runs. Umar scored 11 runs as captain Mahfooz’s 16 runs off 23 deliveries and Mohamed Rishwan’s 17 runs off 18 deliveries including two boundaries and a six were the only other double-digit scores of the innings.

Player-of-the-match Lalit Rajbanshi, who was deprived off a single over in the match against Bangladesh, delivered an immaculate spell of bowling scalping three wickets off four overs conceding only six runs off it. He dismissed Ahmed Hassan for six runs, Azyan Farhath for two runs and Ibrahim Rizan for three runs to leave Maldives innings at lurch. Likewise, his left-arm spin partners Susan Bhari chipped in with two wickets off four overs conceding 24 runs off it. Similarly, Paras Khadka picked up a solitary wicket of Umar. Three Maldives batsmen were run-out in the innings.

Avinash Bohara, Karan KC and Pawan Sarraf were wicket-less in their respective three each and two overs in the match. 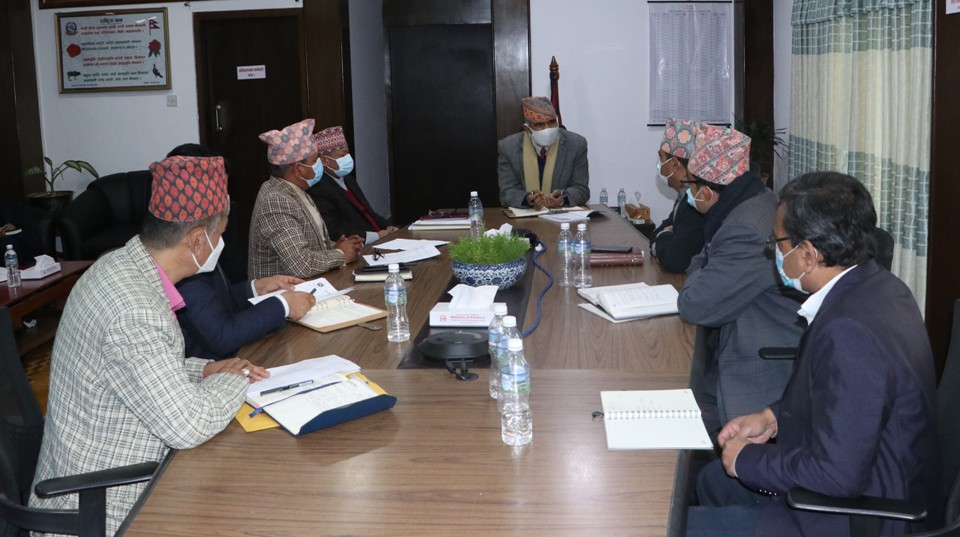 Three dead, one injured in  Solukhumbu road accident
3 hours ago