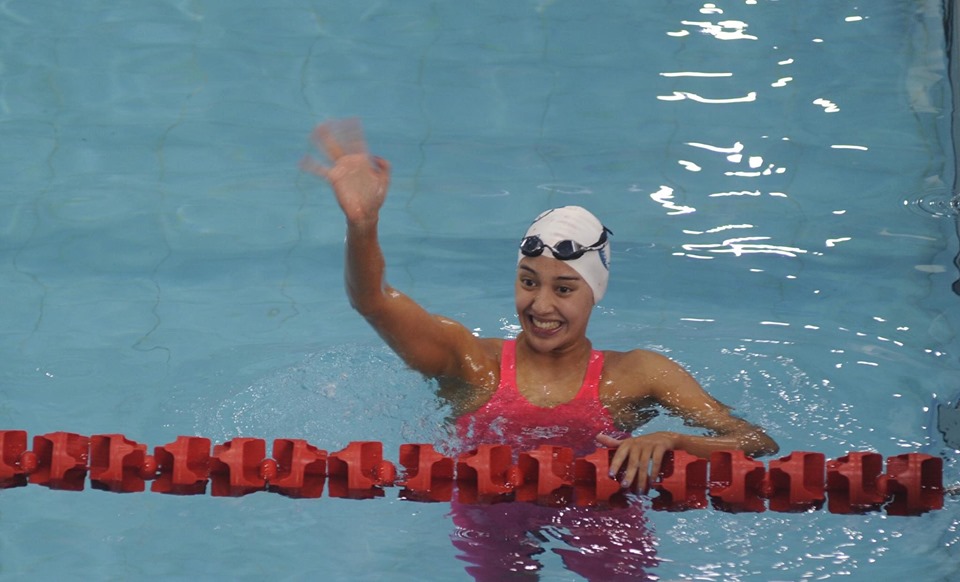 KATHMANDU, Dec 7: Gaurika Singh became the first Nepali swimmer to win two golds in two straight days in the swimming competition at the 13th South Asian Games on Friday. She also broke her previous national record on the day.

At the Satdobato Swimming Complex, Singh completed the women’s 200 meters backstroke event with a timing of 2:17.73 minutes to clinch two golds which no Nepali swimmer was able to achieve at the SAG. With the timing, she broke her previous national record of 2:41.25 minutes.
In the category, India’s Manna Rajiv Patel covered the distance clocking 2:20.71 minutes to claim the silver, while Sri Lanka’s Ganga S D Sen Malwaththage claimed the bronze with a timing of 2:27.25 minutes.

However, only Singh was able to claim a medal on the day, with other swimmers showcasing dismal performances. India dominated the day yet again winning five gold medals taking its golds tally to nine. Sri Lanka is second on the overall tally with four, winning one on Friday. Nepal has two.

In the men’s 1,500 meters freestyle, India’s Kushagra clocked 15:08.23 minutes to win the gold medal, while Sri Lanka’s Dilanka Sheha Bandisaththamge claimed the silver with a timing of 16:57.12 minutes. Also, Bangladesh’s Faisal Ahamed bagged the bronze covering the distance in 17:00.33 minutes.

Sri Lanka’s Ramudi Nulara Samarakoon was two seconds and 14 milliseconds ahead of Nepal’s Duana Lama in her bid to win the bronze. Samarakoon clocked 1:15.17 minutes, while Lama was on 1:17.13.

Crime against Humanity
15 hours ago