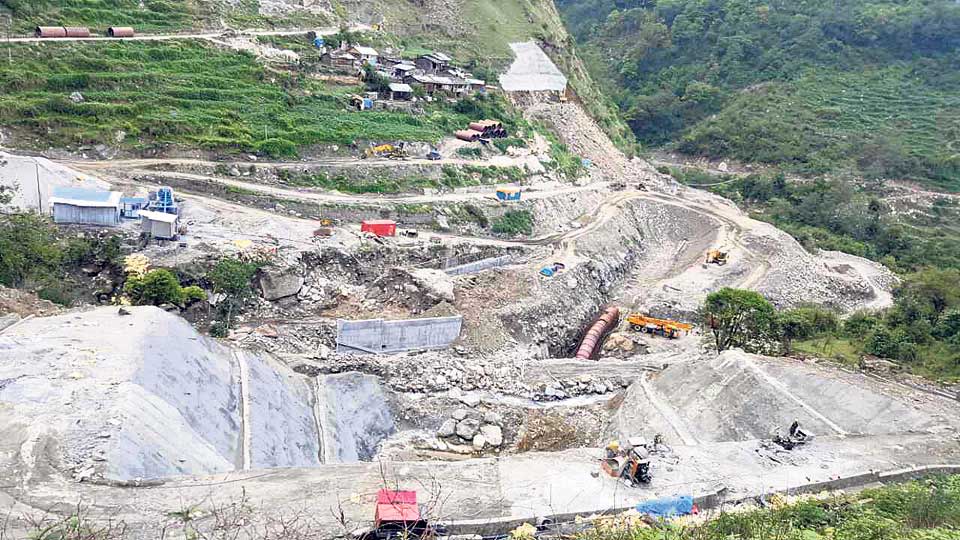 RASUWA, Feb 24: Construction work for Rasuwa-based Upper Sanjen Hydroelectricity Project is 80 percent complete, and is moving forward at a sound pace that would possibly see the project being completed by the end of this year.

Hydro-mechanical works are going on at present. Sudhan Singh, the head of the project, said: “Headwork, which is a critical component of hydro project, will be completed by mid-April.”

The 14.8 mega watt project was commenced shortly after signing a Power Purchase Agreement (PPA) in October 2011. The project was extended three times after failing to meet the deadlines.

Initially, the project was planned to be completed in August 2015. However, considerable delays due to earthquake and the Indian blockade shortly afterwards saw the deadline being postponed. The current deadline for the project is January 2020.

The project is being implemented by Sanjen Jalvidhyut Company Limited -- a subsidiary of Chilime Hydropower Company Limited. Chilime is promoted by Nepal Electricity Authority -- the state-owned power utility.

According to the project administration, civil construction work is 80 percent complete, whereas hydro-mechanical and electro-mechanical works are 60 percent complete. Along with the work for head box, the construction work for picking and slope protection are also going on. The project will need to construct the 7-kilometer-long transmission line from the powerhouse to Chilime Hub.

The company is also building Sanjen Hydroelectric Project (42.5 MW). Both the projects are being implemented in a company model following the success of Chilime Hydropower Plant (22.1 MW) which started generation in 2003.

PYUTHAN, April 20: The building of Khawang Health Post in Pyuthan district should have been completed by 2014, as per the... Read More...