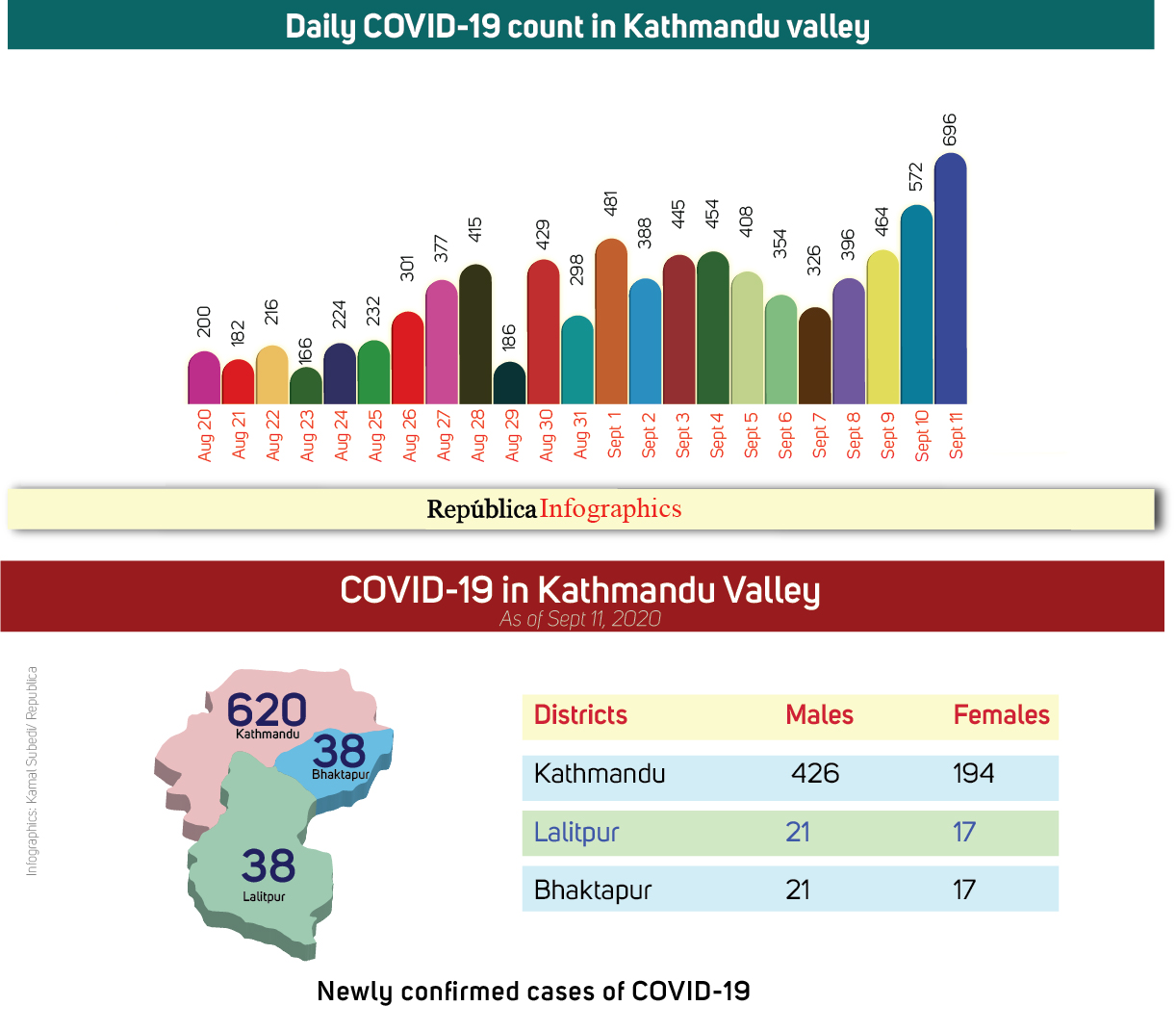 KATHMANDU, Sept 11: With 696 more people being diagnosed with the novel coronavirus disease (COVID-19) in the Kathmandu Valley in the past 24 hours, the total number of people infected by this viral infection in the Valley has mounted to 10,708. This is the highest ever daily caseload in the federal capital of the country since the first case was reported on January 24.

According to the Ministry of Health and Population (MoHP), 620 cases were reported in Kathmandu district while 38 people each in Lalitpur and Bhaktapur were found to have contracted the virus.

Of the total confirmed cases, Kathmandu district alone witnessed a total of 8,726, the highest among the 77 districts in the country. Bhaktapur has 890cases while 1,092people from Lalitpur have so far tested positive for this disease, according to the data compiled by the MoHP.

Though the district administration offices in the three districts of the Valley have already enforced a three-week-long prohibitory order starting August 19 midnight, the daily COVID-19 count is still on the rise. The Valley recorded as many as 8,210 cases in the last 23 days. It was on August 23 when the Valley reported 166 COVID-19, the least during this period.

The Valley also reported one more death in the past one day.

BIRENDRANAGAR, March 30: As the country is already in the seventh day of nationwide lockdown enforced by the government, capital... Read More...