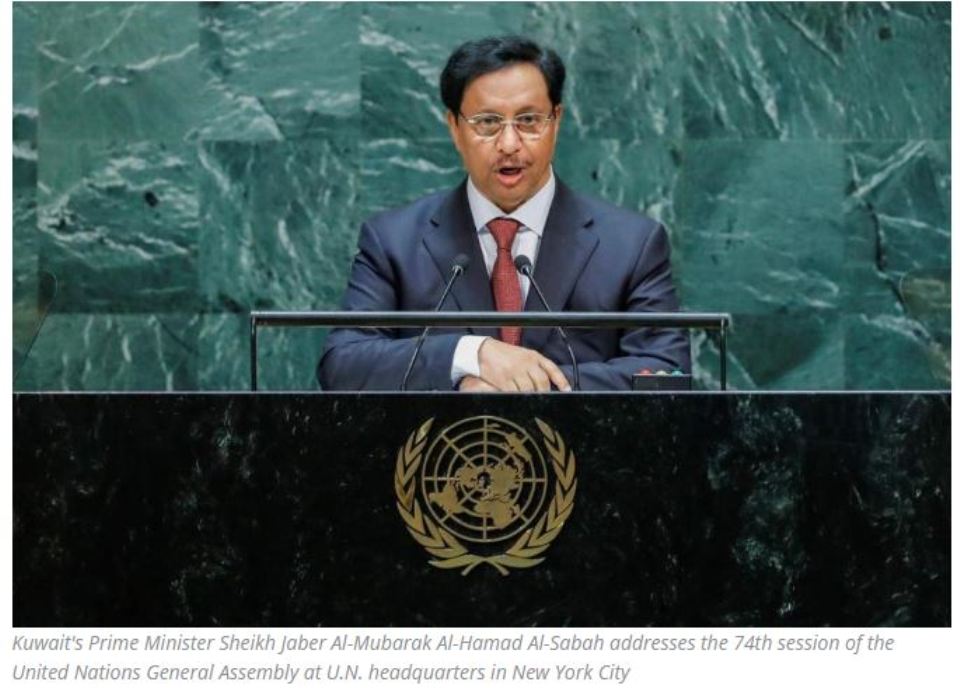 KUWAIT, Nov 14 : Kuwait’s prime minister has submitted his cabinet’s resignation to the ruling emir of the Gulf Arab state, a government spokesman said on Thursday.

The resignation came after Kuwaiti lawmakers on Tuesday submitted a motion for a no-confidence vote against Interior Minister Sheikh Khalid al-Jarrah al-Sabah, who is a senior member of the ruling Al Sabah family.

Cabinet resignations in Kuwait happen frequently when elected lawmakers are set to question or submit a no-confidence vote against senior government officials.

The emir still has to accept the resignation in order for it to be final. He would then request a new cabinet to be formed.

Lawmakers had questioned Sheikh Khalid over alleged abuse of power, charges he rejected. The country’s public works minister resigned on Friday after being grilled by parliament about flood damage in the desert country following heavy rainfall.

Kuwait, a U.S.-allied OPEC producer, has the most open political system in the six-nation Gulf Cooperation Council, with a parliament that has the power to pass legislation and question ministers.

The government is headed by a prime minister selected by the emir, who has the final say in state matters. Senior posts are occupied by ruling family members.

Frictions between the cabinet and parliament have led to frequent reshuffles or the dissolution of parliament.

The assembly’s speaker, Marzouq al-Ghanem, told state news agency KUNA on Thursday that the emir does not intend to dissolve parliament.