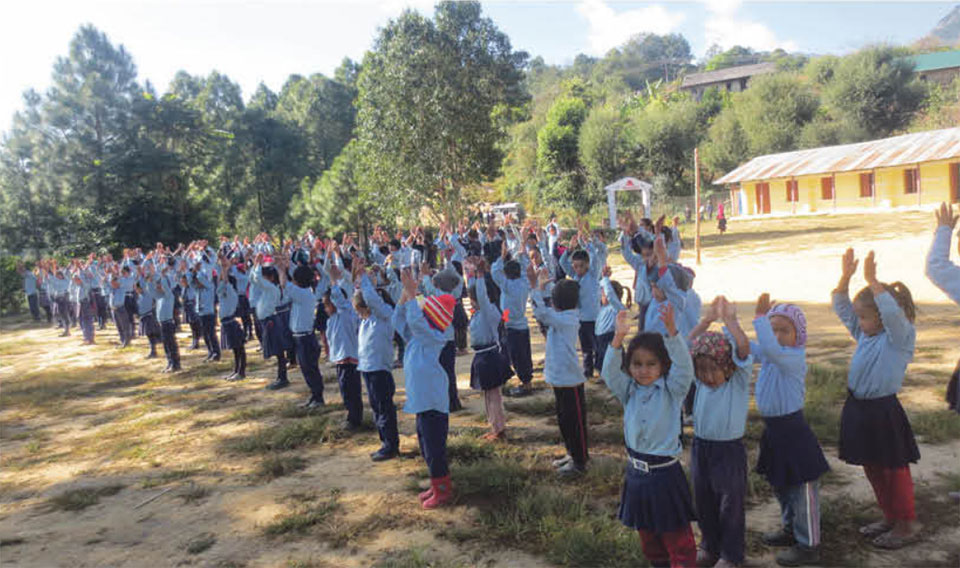 ROLPA, Nov 14: The total number of students in Rolpa during last year was 81,702, according to the District Coordination Committee. In the current fiscal year, the number of students has declined to 67,188. The public schools in Rolpa are reportedly suffering human resource crisis along with lack of proper infrastructure.

Management committees of public schools in Rolpa say that human resource crisis is not the only problem. It is more about lack of “skilled human resources”. Schools have been hiring novice teachers by paying them less salary.

Bal Bahadur Gharti Magar, principal of Rastriya Adharbhut Vidhyalaya (RAV) in Darbot said, “Students are dropping out from schools due to child marriage or to help their parents in brick kilns while others have migrated to private schools and urban areas in search of better education.”

Principal Magar shared that RAV has been hiring teachers from private schools and spending more than Rs 42,000 a month on them.

Amar Bahadur Budha Magar, principal of Balhit Adharbhut Vidhyalaya, said, “The number of students has been declining every year.”

Both public and private schools face the same problem, say stakeholders. Factors like financial problems, child marriage, and family obligation are the factors resulting in the high drop-out rate.

ROLPA, Nov 3: The CPN (Maoist Center) still has a strong hold in Rolpa district, the place of origin of the... Read More...

Three unattended dead bodies found in Rolpa in a week