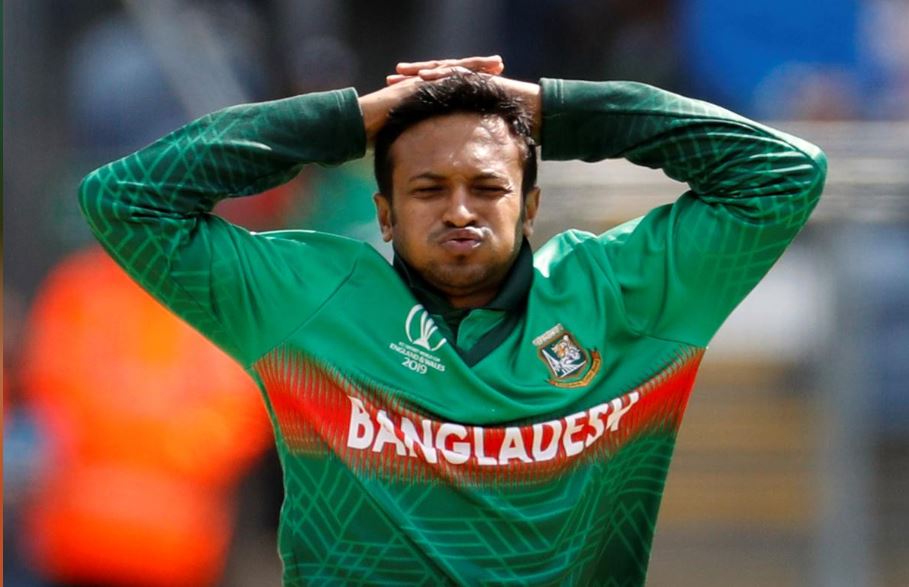 DUBAI, Oct 30: Bangladesh captain Shakib Al Hasan was banned from all cricket for two years with one year of that suspended on Tuesday, after the all-rounder was found to have breached the International Cricket Council’s Anti-Corruption code.

The ICC said Shakib, a prolific run-scorer and the top all-rounder in the ICC’s one-day international rankings, had accepted three charges of failing to report “approaches he received to engage in corrupt conduct”.

Shakib, 32, has played 56 tests, 206 one-day internationals and 76 Twenty20 internationals for Bangladesh. He has scored more than 11,000 runs and claimed over 500 wickets across the three formats.

At the 2019 Cricket World Cup in England, Shakib finished as the third-highest run-scorer with 606 in eight matches, including two hundreds and five fifties.

The ICC said in its statement here that the player did not report two approaches he received during a tri-series between Bangladesh, Sri Lanka and Zimbabwe in January 2018 and one more over a 2018 Indian Premier League match between Sunrisers Hyderabad and Kings XI Punjab.

“I am obviously extremely sad to have been banned from the game I love, but I completely accept my sanction for not reporting the approaches,” Shakib said.

“Like the majority of players and fans around the world, I want cricket to be a corruption free sport and I am looking forward to working with the ICC ACU (Anti-Corruption Unit) team to support their education programme and ensure young players don’t make the same mistake I did.”

Shakib recently led a strike by Bangladesh’s cricketers, which they called off a week ago when the country’s cricket board accepted most of their demands including pay rises and other benefits.

BCB president Nazmul Hassan said the board was “shocked and extremely disappointed” that an experienced player like Shakib failed to report corrupt approaches on multiple occasions.

“We hope he will come back as a better and wiser cricketer and serve Bangladesh for many more years when his sanction will be over,” he added. “During the suspension the BCB will continue to support his efforts at returning to cricket.”

The BCB appointed Mominul Haque as test captain, while experienced all-rounder Mahmudullah will lead the T20 squad for the upcoming tour of India.

Saif Hasan, the uncapped 20-year-old batsman, has been called up to the test squad after a series of impressive displays on the domestic circuit.

Bangladesh will face India in three T20 matches starting on Sunday. The two teams will also play a two-match test series, including a first-ever day-night contest in Kolkata.

Grammy-winning DJ Zedd was "permanently banned" from China after he liked a tweet from 'South Park', the adult animated show... Read More...

German coach Loew calls for dopers to be named and banned

Football players who are guilty of doping should be named and punished, Germany coach Joachim Loew said on Wednesday after... Read More...