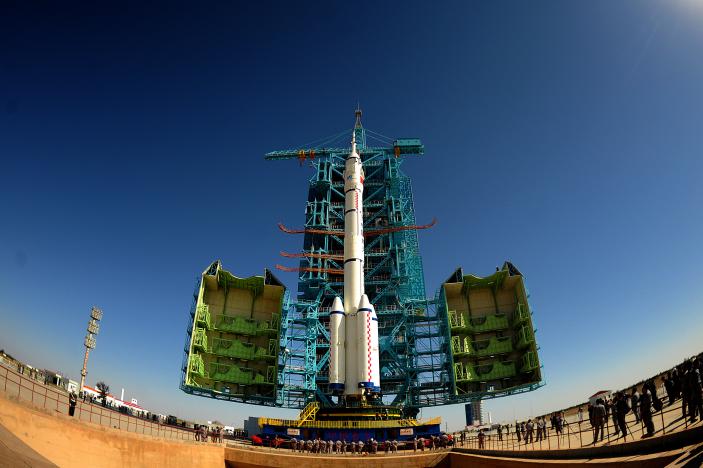 China launched its longest manned space mission on Monday, sending two astronauts into orbit to spend a month aboard a space laboratory that is part of a broader plan to have a permanent manned space station in service around 2022.

The Shenzhou 11 blasted off on a Long March rocket at 7:30 am (2330 GMT) from the remote launch site in Jiuquan, in the Gobi desert, in images carried live on state television.

The astronauts will dock with the Tiangong 2 space laboratory, or "Heavenly Palace 2", which was sent into space last month. It will be the longest stay in space by Chinese astronauts, state media reported.

"You are going to travel in space to pursue the space dream of the Chinese nation," Fan said.

"With all the scientific and rigorous training, discreet preparation, and rich experience accumulated from previous missions, you will accomplish the glorious and tough task... We wish you success and look forward to your triumphant return."

Shenzhou 11 is the third space voyage for Jing, who will command the mission and celebrate his 50th birthday in orbit.

In a manned space mission in 2013, three Chinese astronauts spent 15 days in orbit and docked with a space laboratory, the Tiangong 1.

Advancing China's space program is a priority for Beijing, with President Xi Jinping calling for the country to establish itself as a space power.

China insists its space program is for peaceful purposes.

Shenzhou 11, whose name translates as "Divine Vessel", will also carry three experiments designed by Hong Kong middle school students and selected in a science competition, including one that will take silk worms into space.

The U.S. Defense Department has highlighted China's increasing space capabilities, saying it was pursuing activities aimed at preventing other nations using space-based assets in a crisis.

China has been working to develop its space program for military, commercial and scientific purposes, but is still playing catch-up to established space powers the United States and Russia.

The rover and the Chang'e 3 probe that carried it there were the first "soft landing" on the moon since 1976. Both the United States and the Soviet Union had accomplished the feat earlier.

China will launch a "core module" for its first space station some time around 2018, a senior official said in April, part of a plan for a permanent manned space station in service around 2022.

China prepares mission to land spacecraft on moon’s far side

BEIJING, Dec 7: China was preparing to launch a ground-breaking mission early Saturday to soft-land a spacecraft on the largely... Read More...