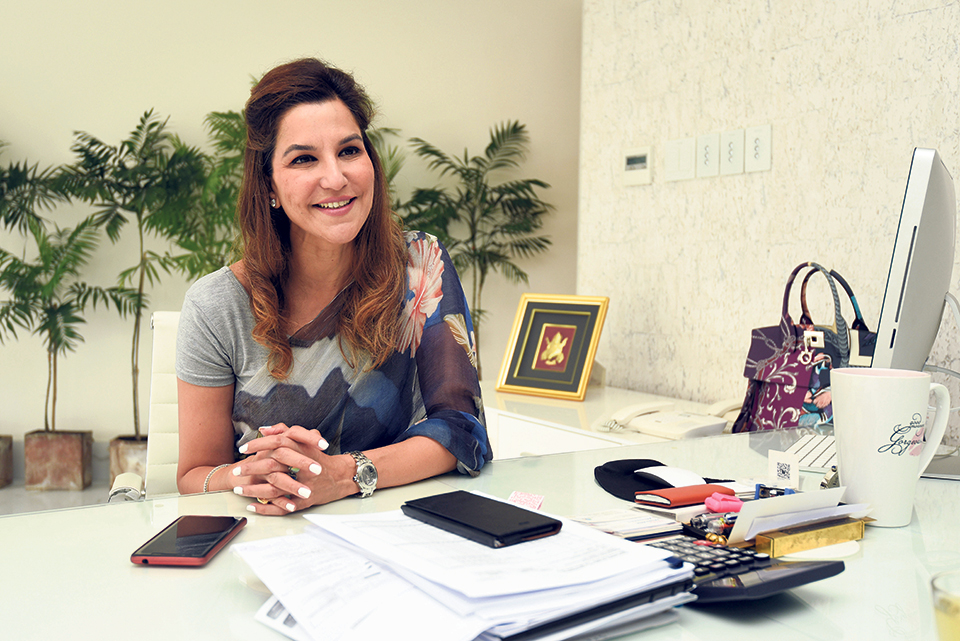 Ritu Singh Vaidya, managing director of United Traders Syndicate, has said that the government should urgently work toward bringing mass rapid transit system into the country rather than establishing vehicle assembly plants. Nikeeta Gautam of Republica talked with Vaidya about ways in which Nepal could focus on sustainable automobile growth.

What do you think about the government's increasing concerns and encouragement for automobile industrialization in Nepal?
The policies always need to be well thought of and pre-consulted with concerned stakeholders before they are implemented. However, our government has always been introducing policies without any research and proper homework. Whether it is about emission control, moving to electric or assembling, or increasing the tax, we have a jerky market situation where we get a new policy overnight which we get informed through media.

So, are you critical about establishing assembly plants in Nepal?
The market of Nepal is okay for traders, but establishing assembly plants and selling vehicles is unrealistic for Nepal. Even if we are bringing skilled human resources from outside the country, this should be a feasible business idea. But as the market is very small, the cost of production will go higher in assembling than in trading. Nepal has lots of other potential areas than automobiles. It is already late for Nepal to promote industrialization. We should rather focus on services such as hotels and IT, which, if promoted, will soon make the country prosperous. We should prioritize our strengths rather than try to get success in every sector.

Anything you want to add regarding government policies?
The government always sees four-wheeler as a luxury item. But the four-wheelers increase the mobility of people which makes people more productive. We appreciate that the government's encouragement to electric and hybrid cars, however, this is a short-term vision. Cutting down trading will cut the existing employment in the country and will have other repercussions.

Above everything else, introduction of mass rapid transit system will bring solution to the transportation hurdles of the public. Millions of bike users of Kathmandu and even four-wheeler users will shift to metro for movement as this will be convenient and economical option for everyone. This will be a great fix to the traffic in Kathmandu.

Two Hybrid cars -- Rav4 and Camry -- have been recently introduced in the Nepali market. What are the specific features of these cars and how do they run?
In the current fiscal year, government has considered Hybrid vehicles. They have given us rebate, which has encouraged us to bring Hybrid vehicles again.

Hybrid is not an electric car. It is a combination of gasoline engine and a battery. When you start such car, the battery takes over and it runs till it comes below a certain point. After that the car switches to gasoline. It can be especially helpful for our country where there are not enough charging stations for vehicles.

In due course, we might also bring Corolla and other available hybrid options to reduce our dependence on the fuel.