India still building illegal embankment after accord on tackling floods 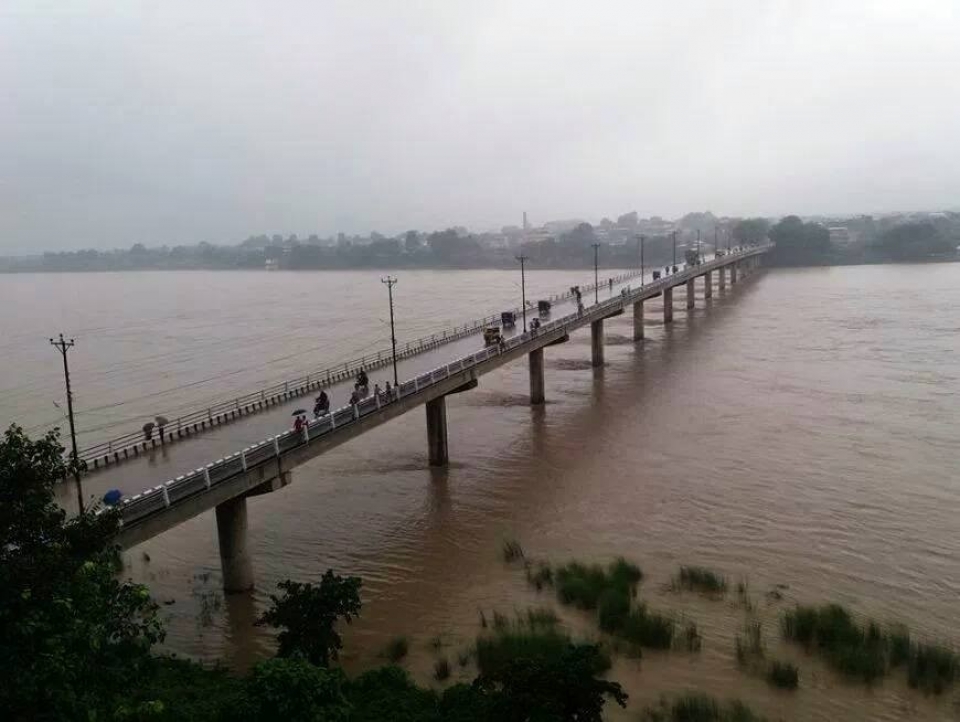 Dozens of villages in various municipalities including Gaur, Rajdevi and Ishwarnath are inundated every year as the embankment built unilaterally by the Indian authorities obstruct the natural monsoon flow of the Bagmati and Lalbakaiya rivers.

The embankment became damaged after a large volume of rainwater was backlogged on the Nepal side of the border last month. Local Indian authorities have now not only reinforced it with repairs but also increased its width, apparently to obstruct natural flow even in the event of the biggest monsoon deluge.

The Indian move to further strengthen the embankment instead of demolishing it to ensure natural flow downstream has left locals living in the flood-prone areas further worried about the next monsoon.

This development comes amid an agreement reached between Nepal and India during the Joint Commission (JC) meeting held in Kathmandu Wednesday to resolve the issue of floods and inundation caused by obstruction of natural river flows. The two countries have agreed to implement the report submitted by a Joint Inspection Team deputed earlier this year to study the problem.

Ward Chairman of Ishwarnath Municipality-1, Bigu Sah, said the construction by the Indian government in 2034 BS of a three-kilometer embankment along the Lalbakaiya stretching east from Rajdevi Muncipality to the Bagmati and a two-kilometer embankment that connects with the western barrage of the Lalbakaiya in 2065 BS had further aggravated the flood situation in Rautahat.

According to District Administration Office Rautahat, the 25-feet high embankment built by the Indian side routinely causes floods in Laxmipur, Belbichhawa and Bramhapuri of Rajdevi Rural Municipality, Aauriya, Bairiya and Banjaraha of Ishwarnath Rural Municipality and parts of district headquarters Gaur. The floodings cause a loss of several millions in property every year.
Locals have demanded that the government make necessary arrangements to ensure proper outlets for monsoon water by demolishing the Lalbakaiya embankment.

The obstruction in the natural flow  by the embankment following heavy rains on July 12 and 13 had left Auraiya and Banjarhawa of Ishwarnath Rural Municipality completely waterlogged for nearly a month.

The Indian side had repaired the flood-damaged embankment overnight, leaving the Nepal side of the border inundated for even longer.

Officials said the Indian side had snubbed repeated calls by the Nepal side to stop construction in no-man’s land.

Chief District Officer Thapa said APF personnel have been deputed for routine duty in the construction area after the Indians continued with their illegal construction at border pillar number 347.

As per international practice, no permanent structures can be built within 30 feet right and left of no-man’s land without consent from both countries.

President initiates process to form new govt, asks opposition parties to stake claim for new PM by May 13
15 hours ago