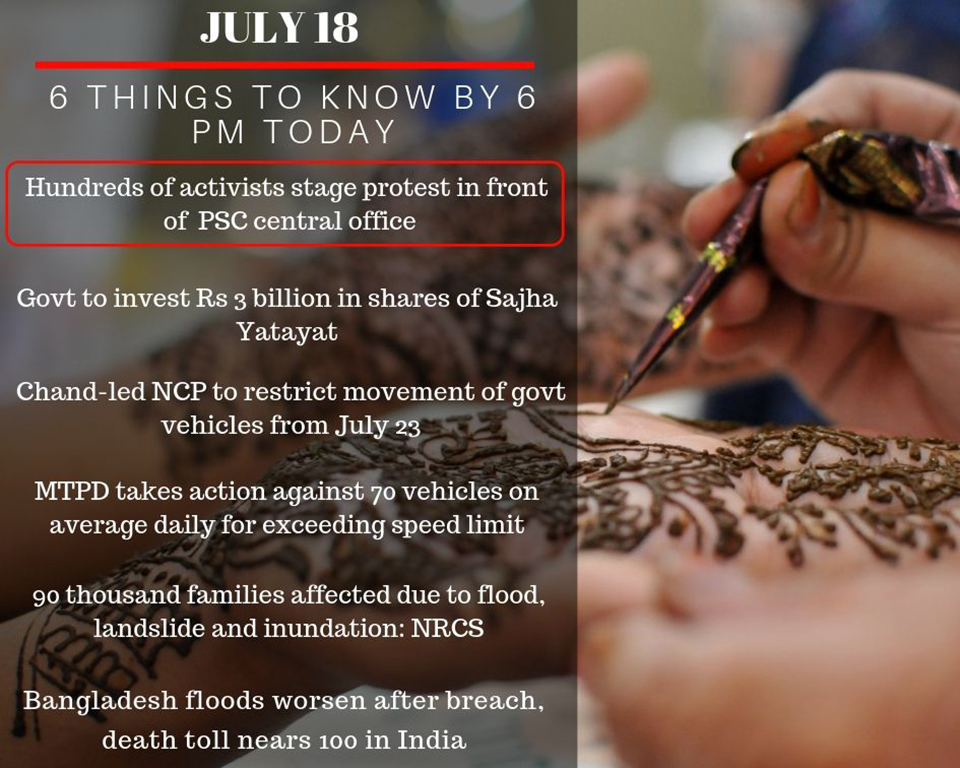 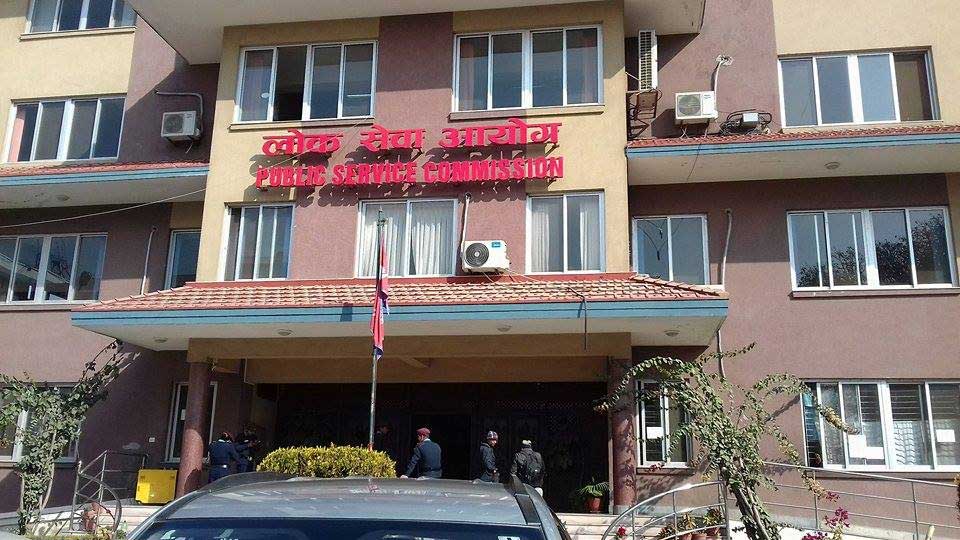 Hundreds of activists representing different organizations working for the rights of indigenous people, women and Dalits on Thursday morning have staged protest in front of the Anamnagar-based central office of PSC demanding for the cancellation of its announcement of job vacancies for different bureaucratic positions to be filled at the local levels. Protesters had reached the main gate of the central office of the PSC at 9 am. They also accused the main opposition Nepali Congress of being silent about PSC’s announcement of vacancies for different administrative positions to be filled at the local levels.

Govt to invest Rs 3 billion in shares of Sajha Yatayat

The government has decided to invest Rs 3 billion in the shares of Sajha Yatayat. A recent cabinet meeting took a decision to this effect, according to the spokesperson of the government Gokul Baskota."The money will be utilized to purchase 300 electric buses for Sajha Yatayat," he said. 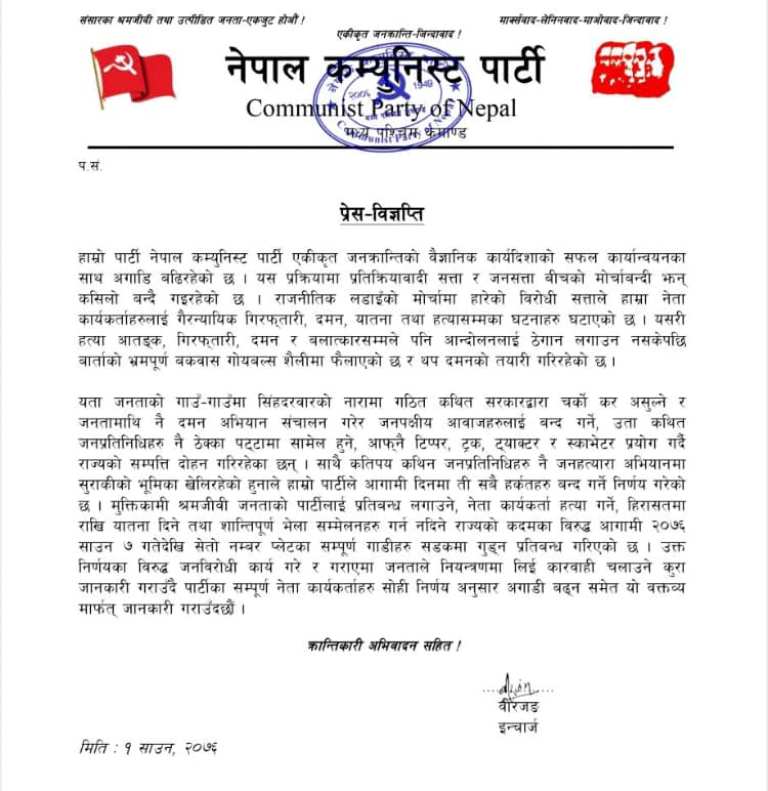 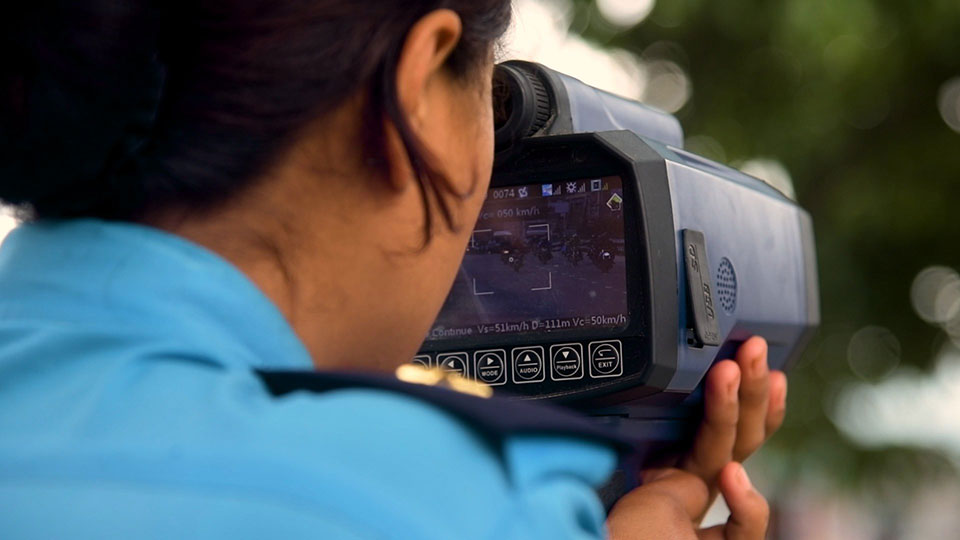 MTPD has set the speed limit at 50km/hr. This speed limit rule took effect from June 11, 2019. MTPD has been taking action against those drivers who drive at a speed that goes beyond 50km/hr since June 11, 2019. Traffic police use a laser speed gun to check whether the vehicles have run at a speed that exceeds the limit. In Kathmandu valley, a total of 1835 accidents that took place over the last eight fiscal years have been attributed to over speeds.

90 thousand families affected due to flood, landslide and inundation: NRCS 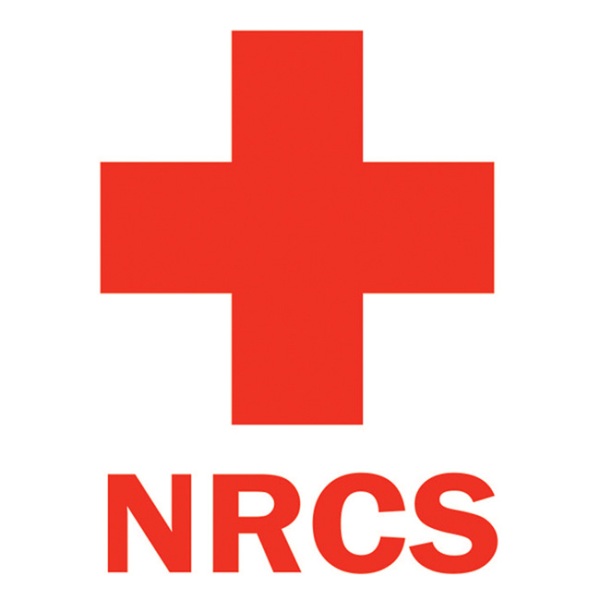 About 452 thousand people from 90 thousand families have been affected due to flood, landslide and inundation triggered by monsoon rain in various districts of the country. NRCS has mobilized 374 trained volunteers and other volunteers in the affected areas. According to NRCS, preliminary rapid survey is on in Siraha, Saptari, Rautahat, Mahottari, Sarlahi, Morang and Dhanusha districts of State 2. One natural disaster response expert is working in each of these districts. 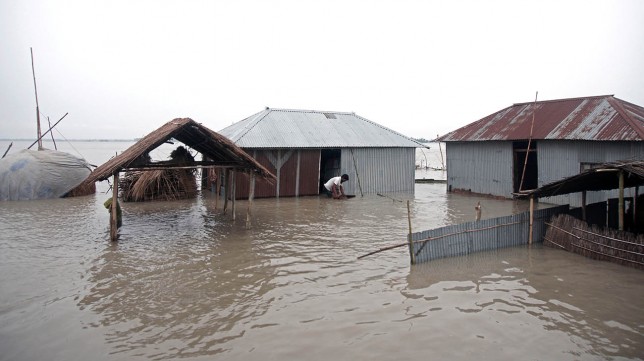 Several million people are living in camps and makeshift settlements in India’s eastern state of Bihar and northeastern Assam, officials said, with heavy rains and flooding since last week driving even animals to seek shelter in people’s homes. The monsoon brings heavy rains to South Asia between June and October, often triggering floods later in the season.

KATHMANDU, Sept 29: India and Bangladesh will be vying for their first title when they take on each other in... Read More...

Health ministry projects Nepal’s COVID-19 cases to surpass 600,000 with daily cases of more than 11,000 by next three months
16 hours ago

Remittance inflows up 8.6 percent in first eight month of this fiscal year
22 hours ago