Minister for Foreign Affairs Pradeep Kumar Gyawali and his Indian counterpart Subrahmanyam Jaishankar are co-chairing the meeting, leading their respective delegations. The meeting began with opening remarks by the two foreign ministers at Hotel Yak and Yeti.

On the occasion, Gyawali and Jaishankar witnessed handing over of cheque of Nepali rupees 2.45 billion towards reimbursement to Government of Nepal for housing reconstruction in Nuwakot and Gorkha districts.

They also witnessed the handing over of a cheque of Indian rupees 80.71 crore which is a part of India's commitment of Indian rupees 500 crores towards strengthening road infrastructure in the Terai Region of Nepal.

The two ministers also witnessed the signing of Memorandum of Understanding (MoU) between Food Safety and Standards Authority of India (FSSAI) and Department of Food Technology and Quality Control of Nepal on food safety and standards. 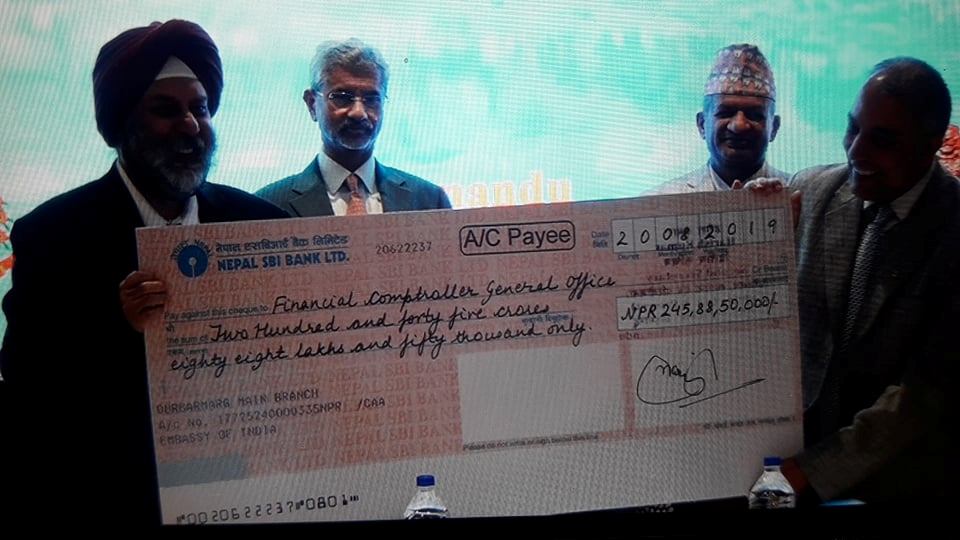 The Joint Commission Meeting will review the overall state of bilateral relations, and various areas of cooperation such as connectivity and economic partnership, trade and transit, power and water resources sectors, culture, education and other matters of mutual interest, according to a statement issued by Ministry of Foreign Affairs. 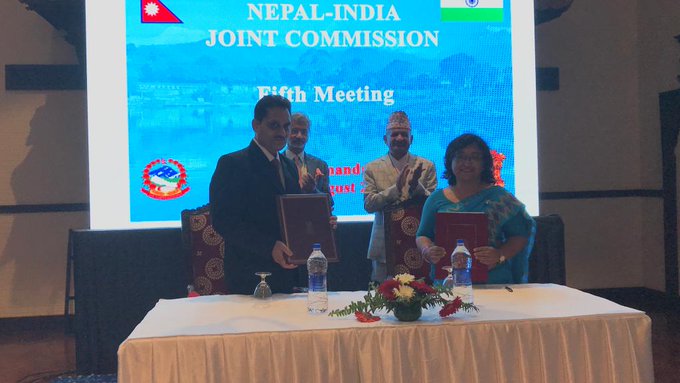 The meeting is expected to find ways to expedite various accords reached between the two governments in the past.

During the visit, the Minister of External Affairs of India will call on President Bidya Devi Bhandari on Thursday morning.

Minister for Foreign Affairs Gyawali is hosting a dinner in honor of the External Affairs Minister of India later this evening. Earlier today, he held a meeting with PM Oli at the latter's official residence.