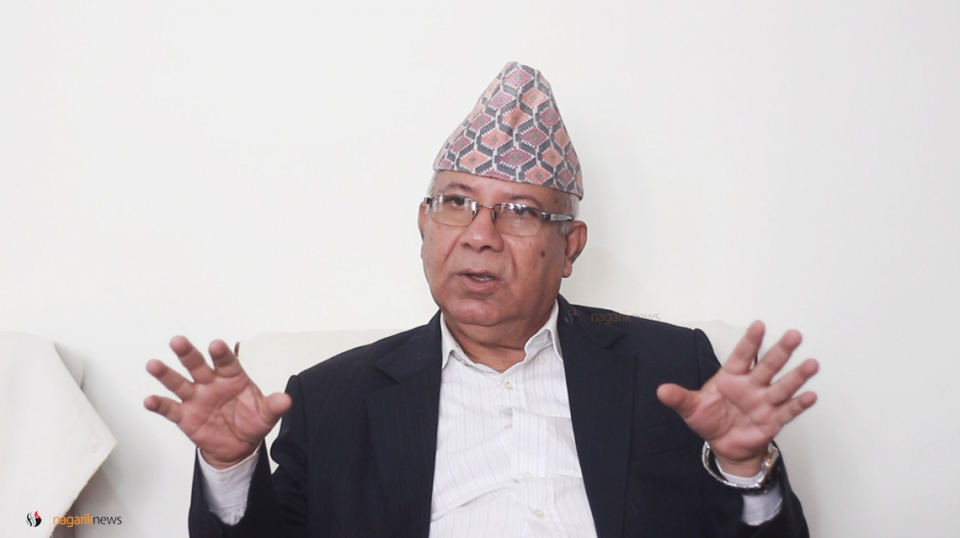 Sources said that leader Nepal was all set to tender note of dissent immediately after the secretariat meeting concluded on Saturday night. However, he stepped back expressing his reservations.

According to one leader who attended the meeting, General Secretary of NCP Bishnu Poudel will register the note of dissent if leader Nepal presents the written discontentment.

Although he is ready to accept seniority of another senior leader Jhala Nath Khanal, leader Nepal expressed his dissatisfaction, particularly towards policy issues. Being himself as the senior leader of the then CPN-UML, leader Nepal said that he doesn’t have any objection in accepting Khanal senior to him.

Leader Nepal has expressed his words of discontent for not including vice-chairpersons of former CPN-UML Bhim Rawal, Ashta Laxmi Shakya and Yubraj Gyawali as the members of the secretariat of NCP although they were senior in ranking while in the former wing.

Sources quoted leader Nepal’s statement that Prime Minister and NCP Chairperson KP Oli had earlier used him against Khanal and now trying to use Khanal against him.

The note of dissent is ready to submit to the general secretary, sources informed. Leader Nepal had left for Janakpur earlier on Monday morning.

The secretariat meeting has put Nepal in the fourth rank preceded by Jhala Nath Khanal in the third in the party string after chairperson-duo KP Oli and Pushpa Kamal Dahal.