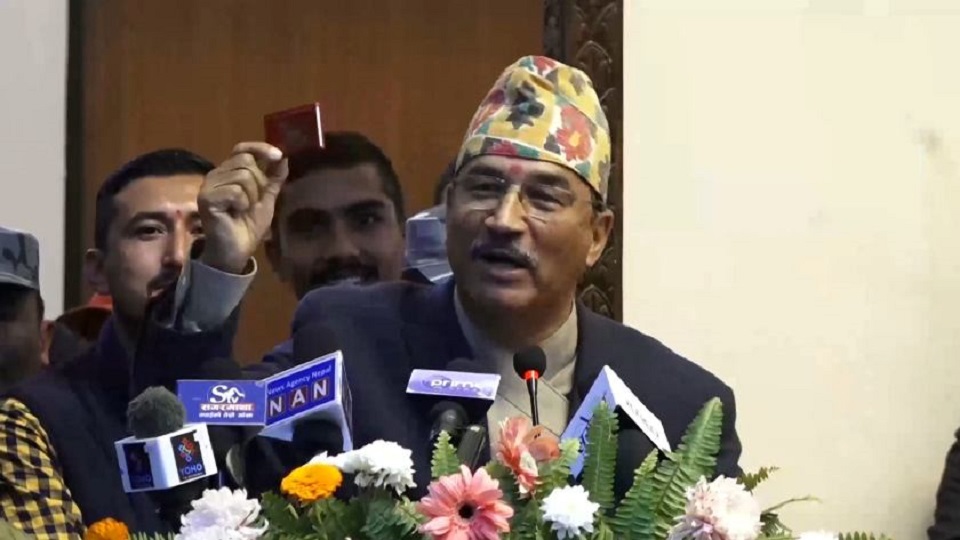 After months-long discussion, the two pro-Hindu parties decided to unify and launch a new party late Saturday. However, the formal announcement was made to this effect today amid a function held at City Hall in the capital.

During the party unification declaration ceremony, Thapa vowed to keep the new party united. "I will not let the party split again," Thapa said while holding a copy of holy book Geeta.

On the occasion, another president Prakash Chandra Lohani said that the new party will work to eradicate existing ill-practices in Hinduism. He also accused the Oli-led government of adopting wrong approaches to push back the country towards regression.

The RPP (U) and RPP agreed to unify and launch new party on March 8.

As per the understanding between the two parties, the new party will have three presidents.

The three presidents are entrusted to finalize the composition of the central committee, division of responsibilities and day-to-day affairs of the party. The unified RPP has decided to adopt the principle of democracy with the monarchy and Hindu State.

Likewise, it will follow local self-governance, liberal economy, and non-aligned foreign policy. The party will have its interim statute soon. The statute will be drafted and presented by a committee within the next six months, as per the understanding reached between the two parties.

As per the agreement, the general convention of the unified party will be held within the next 18 months. The election symbol of both the parties has been withheld for six months. RPP flag will be used by the new party as well.