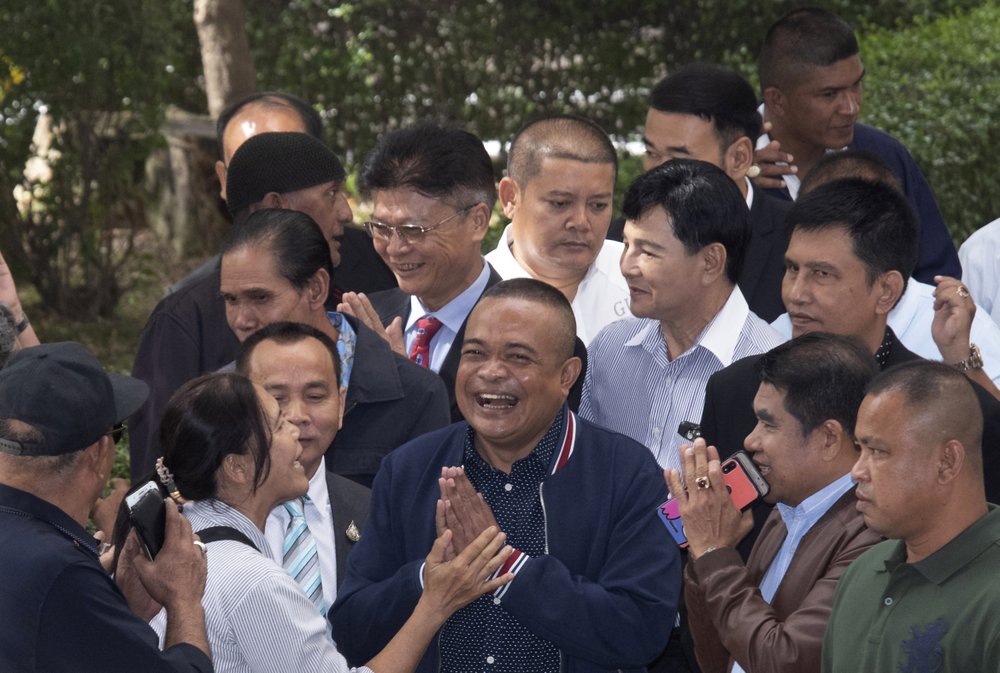 BANGKOK, Aug 14: A court in Thailand on Wednesday dismissed terrorism and other charges against 24 leaders of an extended street protest in 2010 that saw key areas of central Bangkok closed off and random violence that was ended by military force.

The Bangkok Criminal Court ruled that the two-month protest by the “Red Shirt” supporters of former Prime Minister Thaksin Shinawatra, during which 91 people were killed and thousands hurt, was “a political fight, not terrorism.”

Thaksin was ousted by a military coup in 2006 after being accused of corruption and abuse of power. His allies won a 2007 election, but parliamentary maneuvering installed the rival Democrat Party in power in 2008, inspiring the 2010 protest that called for Democrat Prime Minister Abhisit Vejjajiva to step down.

Thaksin’s ouster set off years of sometimes violent conflict between his supporters and opponents, both of which engaged in aggressive street protests against governments led by the other’s faction. During three months of street protests in 2008, Thaksin’s foes — known as the Yellow Shirts — occupied the prime minister’s offices, as well as Bangkok’s international airport for about a week.

The casualties in 2010 included soldiers as well as protesters. Unidentified armed men in black whose weapons included grenade launchers acted as a mysterious armed auxiliary to the protesters, but it appeared that most of the dead were unarmed civilians.

The case decided Wednesday was brought by state prosecutors and more than 40 business owners affected by the Red Shirts’ seizure of Bangkok’s central shopping and business district, and involved charges of terrorism, criminal association, using force to damage government property, inciting unrest, possession of arms, obstruction of officials through intimidation and gathering more than 10 people to cause chaos. The defendants were acquitted of all charges.

Thai courts have had a reputation for tilting against the Red Shirts and others associated with Thaksin. In July, the Criminal Court dismissed charges of insurrection against four key members of an anti-Thaksin group, the People’s Democratic Reform Committee. The group organized large, aggressive street protests in late 2013 that a government led by Thaksin’s sister, Yingluck Shinawatra, could not control, causing chaos that served as the reason for the military to stage a 2014 takeover. An election in March this year brought a pro-military party to power.

KATHMANDU, July 16: A visa service provider which is at the heart of a high-profile corruption case in Malaysia and a... Read More...