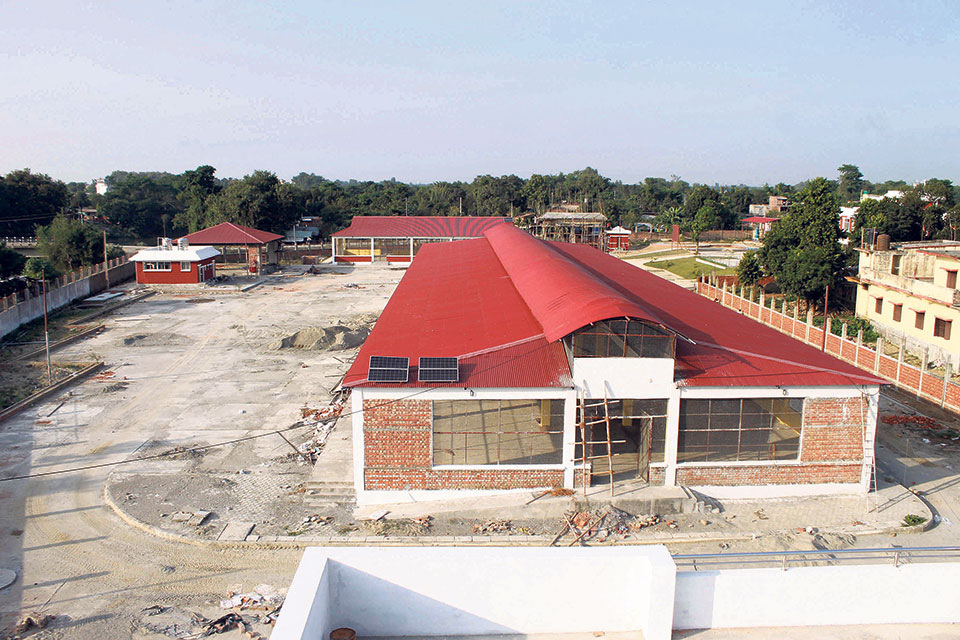 A view of the upcoming vegetable market at Katahari in Biratnagar. Photo: Republica

BIRATNAGAR, July 28: Preparations are on to operate the vegetable market situated at Katahari of Morang district, which is said to be equipped with modern facilities, long after its inauguration.

The market is developed as a place where farmers can directly sell their produce to the wholesalers. The concept behind developing the market was to keep the middlemen away from the supply chain between the farmers and wholesalers, which is expected to bring down the cost of vegetables and fruits significantly and give due share of the price to the farmers.

The latest effort comes at the behest of Sherdhan Rai, chief minister of Province 1, who has ordered authorities to immediately start operation of the market.

The Project for Agriculture Commercialization and Trade (PACT), which had developed the market with an aim to organize vegetable trade of Biratnagar, had handed over the market to the provincial government long ago, amid a ceremony that was attended by Prime Minister KP Oli.

However, the provincial government then delayed handing it over to the Biratnagar Metropolis that would actually operate the market. Even the federal government seemed to have totally forgotten that the market was supposed to operate.

Now, the provincial government has geared up to operate the market.

"The preparation for operation of the market has started," said Hasta Bahadur Bista, secretary at the Ministry of Land Management and Agriculture Development of Province 1. Chief Minister Rai has started discussions with the concerned stakeholders in this regard, Bista added.

Appointment of a managing director, mobilization of staff, issuing tenders for shutter rental, and construction of proper road access, among others, are needed to be done before the market could be operated.

Till now the authorities have not discussed with the concerned people of the Gudri market, the current vegetable and fruit wholesale market of Biratnagar, about shifting to the new market.

The Katahari market has been constructed with a total cost of Rs 180 million. Services including banking, drinking water, and electricity are available here.

The entire area is under CCTV surveillance. The market has a capacity to sell 44,966 metric tons of vegetables in a day.

Also, a building has been made for the accommodation of truck drivers carrying vegetables and fruits.

A canteen, rooms for security guards and managers of the market, resting room for the farmers, and a separate building for administration have been constructed in the area.

MORANG, Sept 27: Special security measures have been adopted in Morang in view of the Dashain and Tihar festivals. ... Read More...

MORANG, Sept 7: The farmers in Morang district who are registered at the District Agriculture Development Office (DADO), Morang have... Read More...

One killed, one injured in landslide
34 minutes ago