One year on, Durga Devi's quest for justice continues 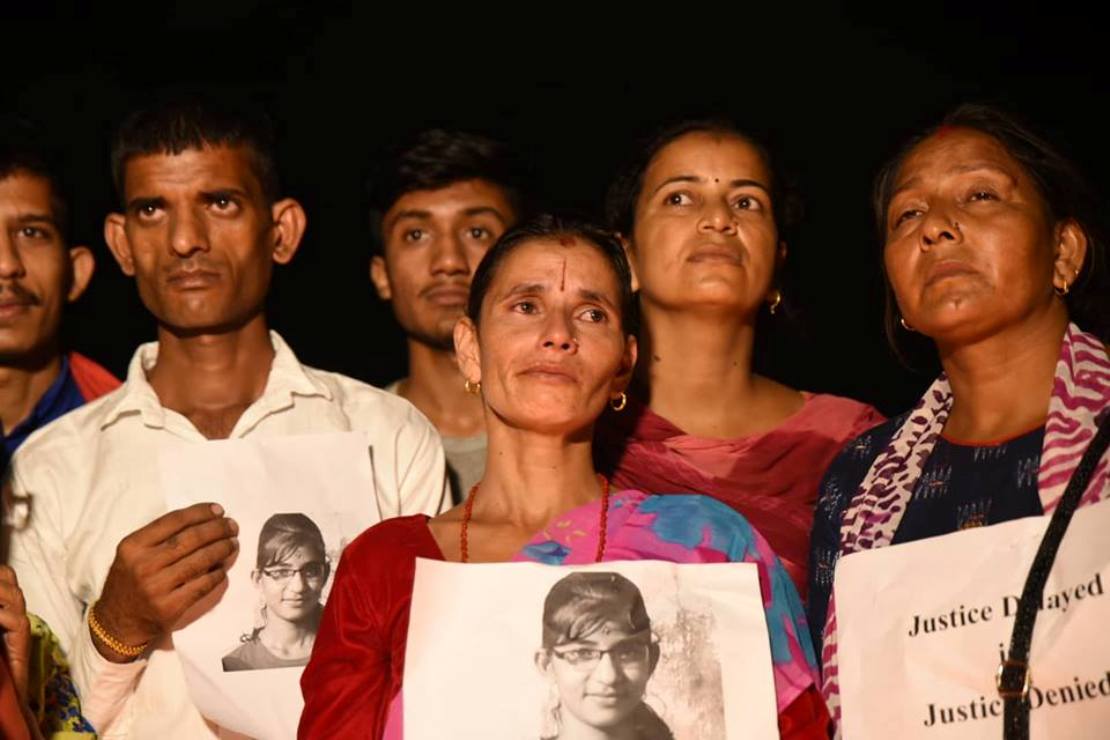 KATHMANDU, July 26: Durga Devi Panta has said that she is hopeful the perpetrators of her daughter's rape and murder will be brought to justice despite disappointment over the lack of progress so far in the investigations.

Her daughter Nirmala's body was found in a sugarcane field near their home on July 27, 2018.

Friday marks the first anniversary of the death but police still appear clueless about the perpetrator or perpetrators.

“I am not as optimistic as I was in the beginning. But I haven't given up hope as police are still investigating . May be some cases do take time,” said Panta.

Four different probe panels have submitted their reports but these have fallen short of indicting anyone for the crime. Blood specimens of 80 out of 600 suspects interrogated in connection with the case did not match semen found in Nirmala's vagina.

Circumstances surrounding the death remain far from clear, with the reports failing to connect the dots. The reports all agree on one thing: Nirmala, a ninth grader at Saraswati Secondary School, was at her friend Roshani's house before she suddenly went missing. There are differing versions as to what happened thereafter.

DSP Angur Joshi, who was among the first police officers to take charge of the investigations, says that Nirmala left her home at around 2 pm on July 26. He claimed that she was raped, most probably by one man, near the sugarcane field while returning home. Police found Nirmala's bicycle, three notebooks, a sandal, and some guava fruit in a black plastic bag from the vicinity of the site.

But a report by the Ministry of Home Affairs has contested Joshi's version, claiming that she might have been raped and killed elsewhere before the body was dumped in the sugarcane field. This report claims that there was no evidence of any resistance in or around the site where the body was found. It further claims that Nirmala's notebooks were intact although it had rained heavily on the day she disappeared.

If anything, the reports have pointed to some serious negligence on the part of police officials. Local police led by SP Dilliraj Bista cremated the body in haste, forging the signature of Yagya Raj Panta, Nirmala's father, for that purpose. The reports suspect destruction of evidence that could have solved the case. Destruction of the evidence could constitute a separate crime, quite apart from the rape and murder.

“The perpetrators would be in jail by now had police listened to us and taken some precautions at the beginning. Some innocent people had to suffer as a consequence,” said Durga Devi.

For the government of Prime Minister KP Oli, the Nirmala case has been a symbol of its failure. The government did little more than deflect blame---from police to protesters to opposition parties---although there were so many better ways of handling something of this nature. Durga Devi was treated almost like an enemy rather than as a victim of injustice. President Bidhya Devi Bhandari even denied the woman and her husband a request for a meeting.

Home Minister Ram Bahadur Thapa, who has failed abysmally even to explain convincingly why the authorities have failed to track down the guilty, is still in denial .

“Nirmala Panta's rape and murder was indisputably a heinous crime, but we believe such crimes are nothing new. They have happened in the past, they're happening today, and will continue to happen tomorrow,” Thapa said.

For other stakeholders including media, human rights groups, political parties and civil society, the Nirmala case has become a classic example of how not to handle rape and/or murder. At least a dozen individuals and their families had to go through public humiliation and extreme mental torture after police dragged them in without much evidence. Some of the arrests, like that of Hemanti Bhatta and Dilip Bista, only escalated tensions. This even led to the death of a local individual, Sunny Khuna. Several others were injured.

Their suffering was further aggravated by insensitive media and feckless rights groups and civil society.

One year after her death, Nirmala seems to have faded from public consciousness . Other headlines now dominate the news cycles. But life is still far from back to normal for the Panta family. Memories of her loom over day to day activities.

“I miss her gentleness, her sense of duty toward us. She used to take care of the household chores and the family shop,” said Manisha, her eldest sister.

Durga Devi would like to move on. She recently took up a job at the municipality office.“I have to think about my two remaining daughters,” she said .

Nirmala Panta’s rape and murder must have been the only case that agitated the whole nation for justice in recent... Read More...

Power outage in 21 places of Kathmandu Valley today (With a list of places to face power cut)
11 hours ago
Indonesia quake kills at least 42, injures hundreds
10 hours ago