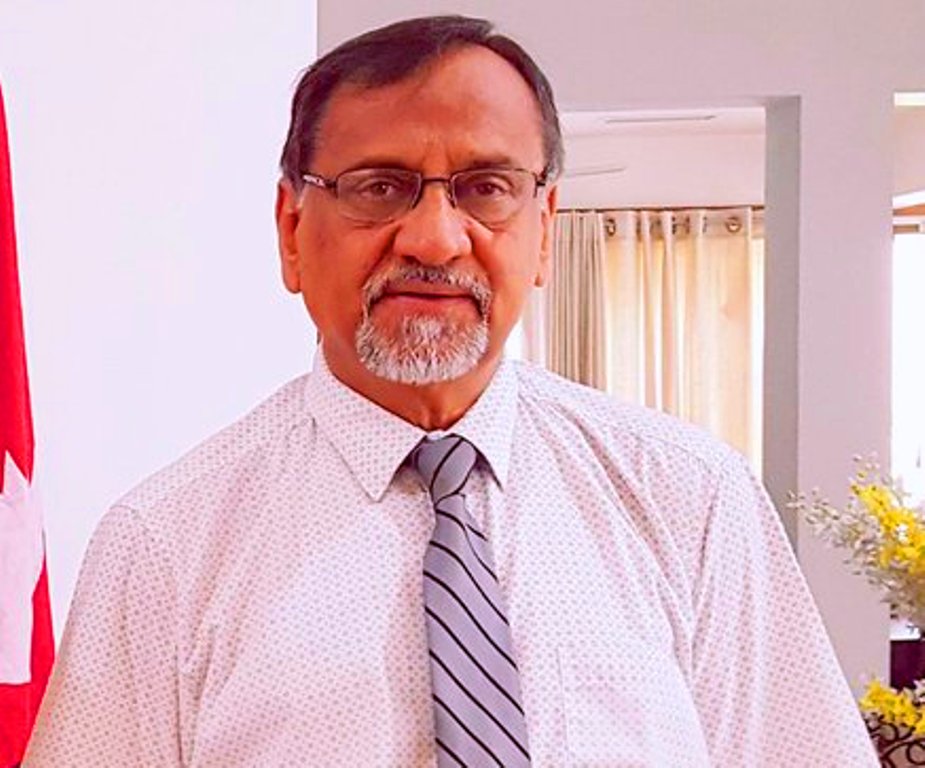 KATHMANDU, July 14: Ambassador of Nepal to Sri Lanka Dr Bishwambher Pyakuryal has resigned from the post.

Ambassador Pyakuryal put in his papers to the Minister for Foreign Affairs Pradeep Kumar Gyawali one and a half months ago. However, his resignation was accepted only a few days ago.

In his conversation with Baahrakhari Online, Pyakuryal said that he resigned from the post due to 'non-cooperation' from the Ministry of Foreign Affairs (MoFA).

"I wrote at least 24 letters to MoFA in 24 months since I assumed office. In this period, I did not get the cooperation of the ministry officials at all. It made me totally frustrated. Hence, I offered my resignation to the foreign minister," he said. According to Pyakuryal, the foreign minister initially did not accept his resignation but advised him to rethink.

Ambassador Pyakuryal said that the MoFA administration did not call him to inquire the situation of Nepali nationals in the aftermath of the Easter Day bomb blasts in Sri Lanka in April this year.

"Apart from a phone call from Foreign Minister Gyawali the entire MoFA administration remained aloof in that situation," he said. His resignation has come nearly two years of his term remaining.

Pyakuryal was appointed ambassador on the Nepali Congress quota during the term of the then Prime Minister Sher Bahadur Deuba in April 2017. Pyakuryal had taught Economics at Tribhuvan University for 39 years.

Lumbini Province CM Pokharel resigns, KC of Maoist Center to be next CM

Bolivia's Morales resigns after protests, lashes out at 'coup'

LA PAZ, Nov 11:  Bolivian President Evo Morales said on Sunday he was resigning to ease violence that has gripped the... Read More...