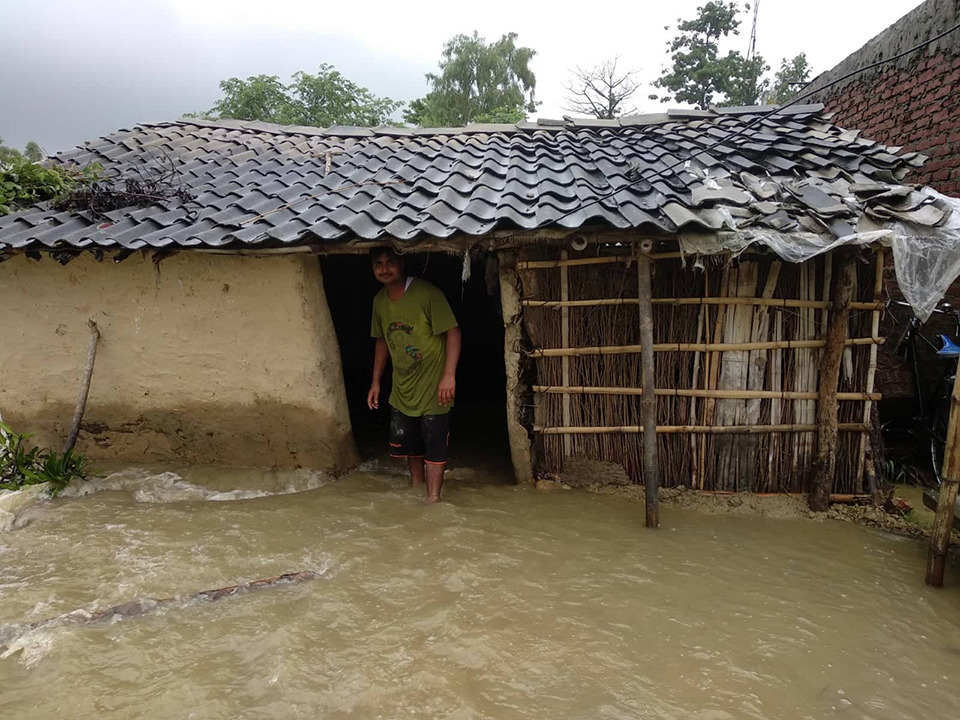 MAHOTTARI, July 14: Vehicular movement on the Mahottari stretch of the East-West Highway remains halted after a bridge over the local Bhavsi River collapsed on Friday. Authorities said that thousands of passengers have been affected although traffic movement has been resumed through alternatives routes.

The bridge was one of the many public infrastructures damaged due to monsoon-induced floods. Incessant rainfall since Thursday night has been wreaking havoc in the district with authorities reporting a heavy loss of public and private property.

At least 40,000 households have been affected by the floods, while many have been forced to flee their homes, according to an estimate by the district disaster coordination committee.

The flood has particularly affected various villages in Matihani Municipality. Some of the villagers in the municipality cut off by floods are still waiting for help, according to local authorities involved in rescue operations.

Hari Prasad Mandal, mayor of Matihani Municipality, said that around 450 people have been rescued and kept at various schools.

Despite three tiers of government working for the rescue and relief programs, many affected families complained that they were still waiting for relief. Hundreds of people have been taking refuge in makeshift shelters, many without food and clean water.

Not withstanding the loss of property, Mahottari, unlike the adjoining districts in the central plain, has not reported the loss of any life until Saturday afternoon. At least 31 people have lost their lives in floods and flood-induced disasters since Thursday. The flood has particularly affected the districts of the central and western Nepal.

CDO Dhakal said that multiple stakeholders including security agencies, local units and the provincial government were working together in rescue and relief works. He said that their main focus was on relocating the vulnerable families to safe places.

The district disaster management committee has urged all local units to stay prepared to cope up with further devastation, while working to rescue and relief of the affected. The committee has also requested the center to urgently provide tarps, ropes, medicines, and utensils for the displaced households.

More than 20,000 security personnel alongside thousands of representatives of local and provincial governments have been mobilized in rescue and relief works.

DANG, Dec 7: Life in Dang has been paralyzed today due to a banda called by the All Nepal National... Read More...

Murder-accused surrenders to police
31 minutes ago