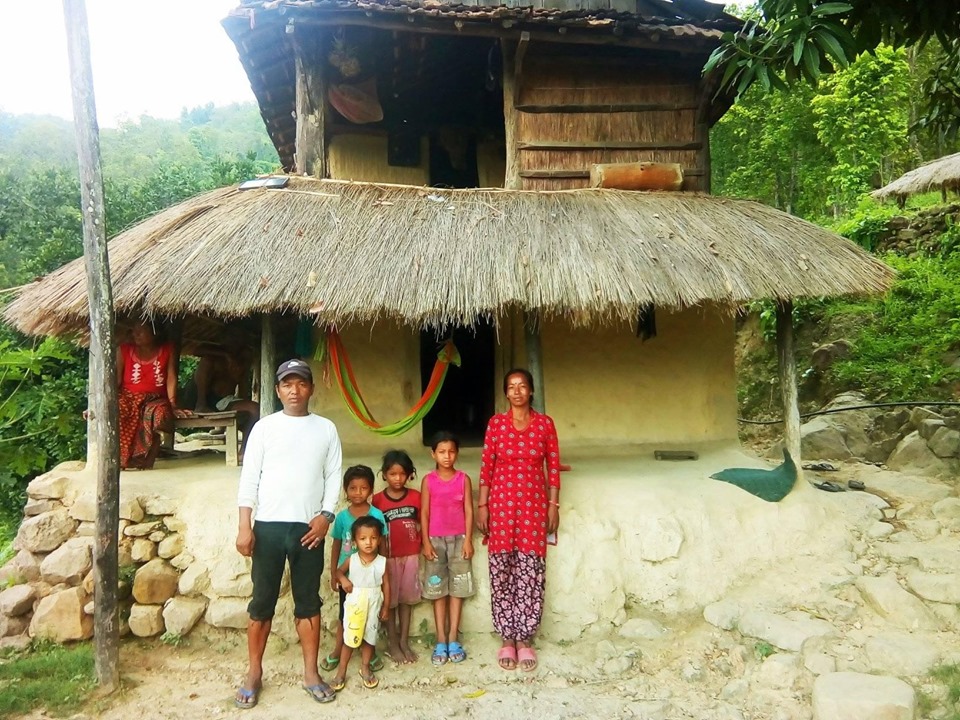 Chandra Bahadur and Phulmaya Rai of Hariharpurgadhi Rural Municipality-3 with their four daughters.

SINDHULI, June 24: Phulmaya Rai of Hariharpurgadhi Rural Municipality-3 tied the nuptial knot with Chandra Bahadur Rai of the same village when she was just 16. As her new family was not financially strong, they struggled even for two square meals. She delivered her first child within three years of her marriage.

The birth of her first child, a daughter, failed to bring any happiness and excitement to the family as they were actually awaiting a son. Chandra Bahadur, the only son in his family, too, was disappointed by the birth of a daughter as he was worried that there will be no one to look after him and his family in old age.

Next year, Phulmaya got pregnant for the second time hoping for a son. But it was a daughter again. Pressure from the family and society compelled the couple to make repeated attempts until they welcome a son. In fact, Phulmaya herself felt cursed for not having a son.

Hoping for a son, the couple gave birth to eight daughters. "We are unlucky for not being blessed with a son," said Phulmaya, adding, "Even God did not sympathize with poor people like us." Managing two square meals a day as well as meeting other expenses for their eight daughters has been a burden for them.

Three of their daughters aged between 15 and 18 got married to the partners of their choice. Phulmaya who was born in 1977 has now become a grandmother. "I could not have a son but fortunately one of my daughters has one," Phulmaya said with a smile on her face. Hoping for a son, Chandra Bahadur and Phulmaya were determined to give continuous births but that could not happen.

They could not make more attempts due to the complications while delivering their eighth daughter. Starting from July 16, 2017, Phulmaya struggled with labor pain for five days but she could not deliver the baby. So, the doctors attending to her had to conduct a C-section. Considering her health, doctors have strictly forbidden her from giving more births.

This Rai family has nothing in the name of assets and is living the life of squatters. Apart from their five unmarried daughters, Phulmaya and her husband have to look after the old members of their family. "We have been earning our bread by doing labor. Sometimes, we have enough but sometimes we have to sleep on empty stomachs," they say.

Due to poverty and the lack of awareness, many women like Phulmaya are giving repeated births hoping for a son. "We didn't really know about the contraceptives and family planning measures," said Phulmaya, adding, "We just wanted a son so that we could silence the people in our society.

Chandra Bahadur laments that his friends often ill-treat him for not having a son. "They kept provoking me to make attempts until I got a son," said Chandra Bahadur. As he is struggling to feed his family, he says it will be a relief for him if the government provided any kind of skill development training to him so that he could do something of his own.