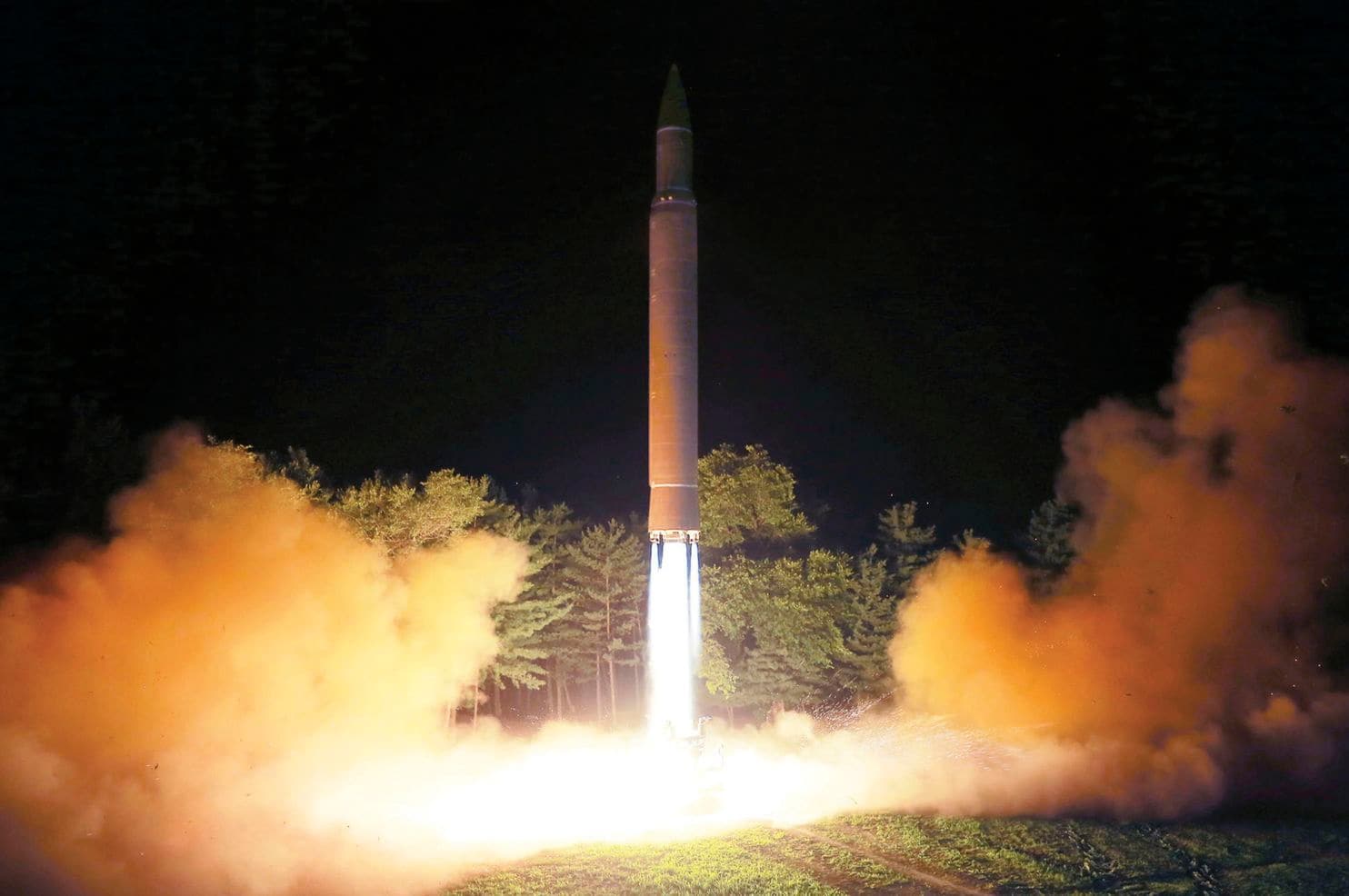 SEOUL, May 4: North Korea fired several short-range projectiles from its east coast on Saturday, South Korea’s military said, as analysts said the country is stepping up pressure against the United States after February’s failed nuclear summit in Hanoi.

The South Korean military initially described it as a missile launch, but subsequently gave a more vague description.

If the unidentified projectiles were missiles, it would be the first missile launch since the North fired an intercontinental ballistic missile (ICBM) in November 2017. Soon after that missile test, the North declared that its nuclear force was complete, after which Pyongyang extended an olive branch to the South and the United States.

In a statement, South Korea’s Office of the Joint Chiefs of Staff said the North fired several unidentified short-range projectiles from the east coast city of Wonsan around 9 a.m. (0000 GMT) which flew about 70 kms to 200 kms (44-124 miles) in a north-easterly direction.

The South Korean military said it was conducting joint analysis with the United States of the latest launches. Experts say the projectiles seem to be multiple rocket launchers, not ballistic missiles.

Analysts said that no matter what type of projectile was fired, the timing of North Korea’s latest action sent a message after the failed summit between North Korea’s leader Kim Jong Un and U.S. President Donald Trump in February, when the two disagreed over weapons dismantlement and sanctions relief.

“It is an expression of the North’s frustration over stalled talks with the United States. It is a message that it could return to the previous confrontational mode if there is no breakthrough in the stalemate,” said Yang Uk, a senior research fellow at the Korea Defence and Security Forum.

White House Press Secretary Sarah Sanders said, “We are aware of North Korea’s actions tonight. We will continue to monitor as necessary.”

U.S. Secretary of State Mike Pompeo and South Korean Foreign Minister Kang Kyung-wha agreed to “cautiously respond” to the latest firing and to continue communications during a phone call on Saturday, South Korea’s foreign ministry said in a statement.

“At this point, we have not confirmed any situation where Japan’s national security would immediately be affected,” Japan’s Defense Ministry said in a statement.

North Korea’s vice foreign minister said on Tuesday the United States will face “undesired consequences” if it fails to present a new position in denuclearization talks by the end of the year.

During a summit with Russian President Vladimir Putin in late April, North Korea’s Kim said that peace and security on the Korean peninsula depended on the United States, warning that a state of hostility could easily return, according to North Korean media.

“The North wanted to deliver a message on security guarantees to Washington through the mouth of Putin, but the summit fell short of driving change in the U.S. attitude, leading the North to take stronger action today,” said Hong Min, a senior researcher of Korea Institute for National Unification.

Trump raised the issue of North Korea during a telephone call with Putin on Friday. Sanders said Trump told Putin several times “the need and importance of Russia stepping up and continuing to put pressure on North Korea to denuclearize.”

Kim vowed in April to refrain from further tests of nuclear weapons or ICBMs, but the North has conducted other weapons tests since then.

The latest firing, coming after the North’s test of what it called a tactical guided weapons system in April, added to the pressure Pyongyang has sought to exert on the United States to give ground in negotiations to end the North’s nuclear program.

A woman walks past a sign printed with the characters of the name of the new Japanese imperial era Reiwa next to a television screen showing North Korea's leader Kim Jong Un during a news report on North Korea firing several short-range projectiles from its east coast, in Tokyo, Japan May 4, 2019. REUTERS/Kim Kyung-Hoon

“The firing is a warning to the U.S. that if the U.S. keeps pressure and sanctions, the North will launch more powerful missiles,” said Yang Moo-jin, a professor at the University of North Korean Studies.

“North Korea also wanted to show to its people that it will not succumb to the U.S. pressure during talks,” he said.