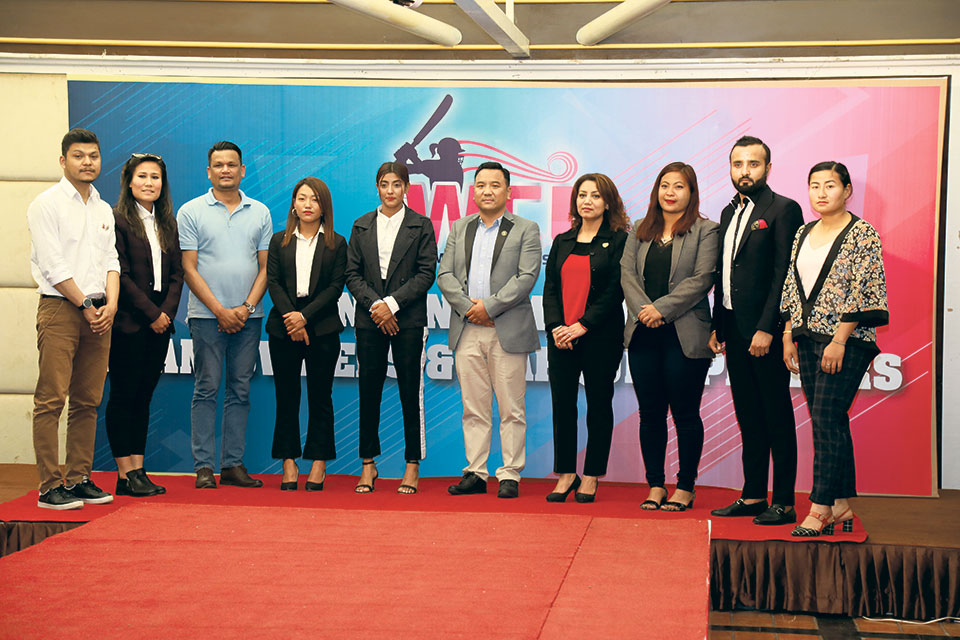 Marquee players, team owners and franchise representatives of women’s cricket league pose for a group photo during a press meet in Kathmandu on Friday.

KATHMANDU, April 13: The Women Champions League announced the marquee players and the team owners for the first edition of the franchise tournament on Friday.

The Managing Director of the Queen’s Events Private Limited Chhumbi Lama, at a press meet in Kathmandu, said that the tournament will be a big platform for the women players in the coming days.
Five teams—Lalitpur Falcons, Pokhara Paltan (Women), Capitals Royals Kathmandu, Chitwan Rhinos (Women) and Biratnagar Titans (Women)-- will take part in the tournament.

Shrijana Joshi is the team owner of Lalitpur, while the team’s marquee player is Nery Thapa. Likewise, Binayak Pokharel is the President of Pokhara Paltan Private Limited, and Sita Rana Magar is the marquee player of the team.

The tournament will be held from May 17 to 25 at the Tribhuvan University (TU) Cricket Ground in Kirtipur.