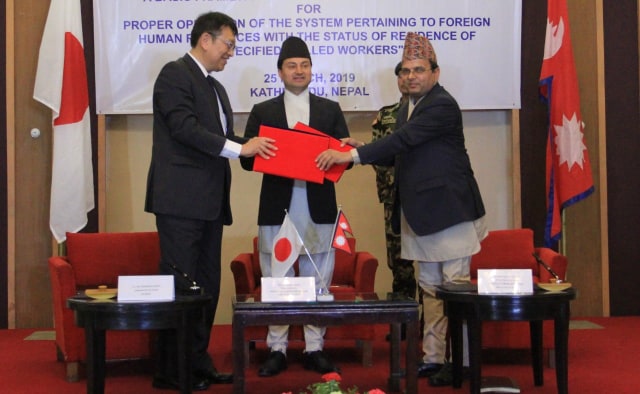 A separate unit with Department of Foreign Employment to facilitate recruitment

KATHMANDU, March 26: Nepal and Japan have signed a Memorandum of Cooperation (MoC) for sending 'specified skilled workers' (SSW) from Nepal to Japan.

The MoC signed by the two countries will pave the way for Nepali workers to go to Japan for employment.

Ram Prasad Ghimire, officiating secretary at the Ministry of Labour, Employment and Social Security (MoLESS), and Masamichi Saigo, Japanese ambassador to Nepal, signed the MoC amid a ceremony held in capital on Monday.

Following the signing of the MoC, Nepal will join the list of eight countries authorized to send specified skilled workers to Japan after the second biggest economy of Asia decided last year to loosen the restriction of entry for foreign workers.

The new policy of Japan that will give the foreign workers the status of residence is aimed at addressing the serious labor shortage in Japan by accepting experienced foreign human resources with specific expertise and skills.

Under the new program, Japan will accept skilled workers from eight countries including Nepal in 14 specified sectors ranging from nursing care to aviation industry.

There are two categories for specified skilled workers who will be recruited under the new policy. Under the first category of SSW, workers with required skills will be allowed to stay in Japan for up to five years in total. Workers recruited under this category must have proficiency in Japanese language for daily life and at the workplace.

Similarly, the second category of SSW will allow foreigners with expert level skills to work in Japan while being accompanied by their family members.

The recruitment of Nepali workers based on the demand of employers in Japan will be carried out by a separate unit established under the Department of Foreign Employment of the MoLESS, according to the MoC.

“The separate unit will facilitate the recruitment process of Nepali workers and also call for applicants, facilitating the Japanese side to conduct the language and skills tests and oversee the deployment of the successful applicants to Japan,” said Ghimire, following the signing of the MoC.

Similarly, all applicants will have to pass language and sector-specific skills exams which will be conducted by the Japanese side, according to Ghimire.

According to Japanese Ambassador Saigo, Japan estimates to recruit nearly 304,000 workers in five years from the eight countries including Nepal. He added that foreign workers will receive treatment on par with the domestic workers in Japan including remuneration, medical care and other issues.

The cost that a worker will have to pay for going to Japan under the new policy has not been fixed yet. According to Ghimire, a joint task force has been formed to finalize the mechanism, process and remaining issues on sending Nepali workers. 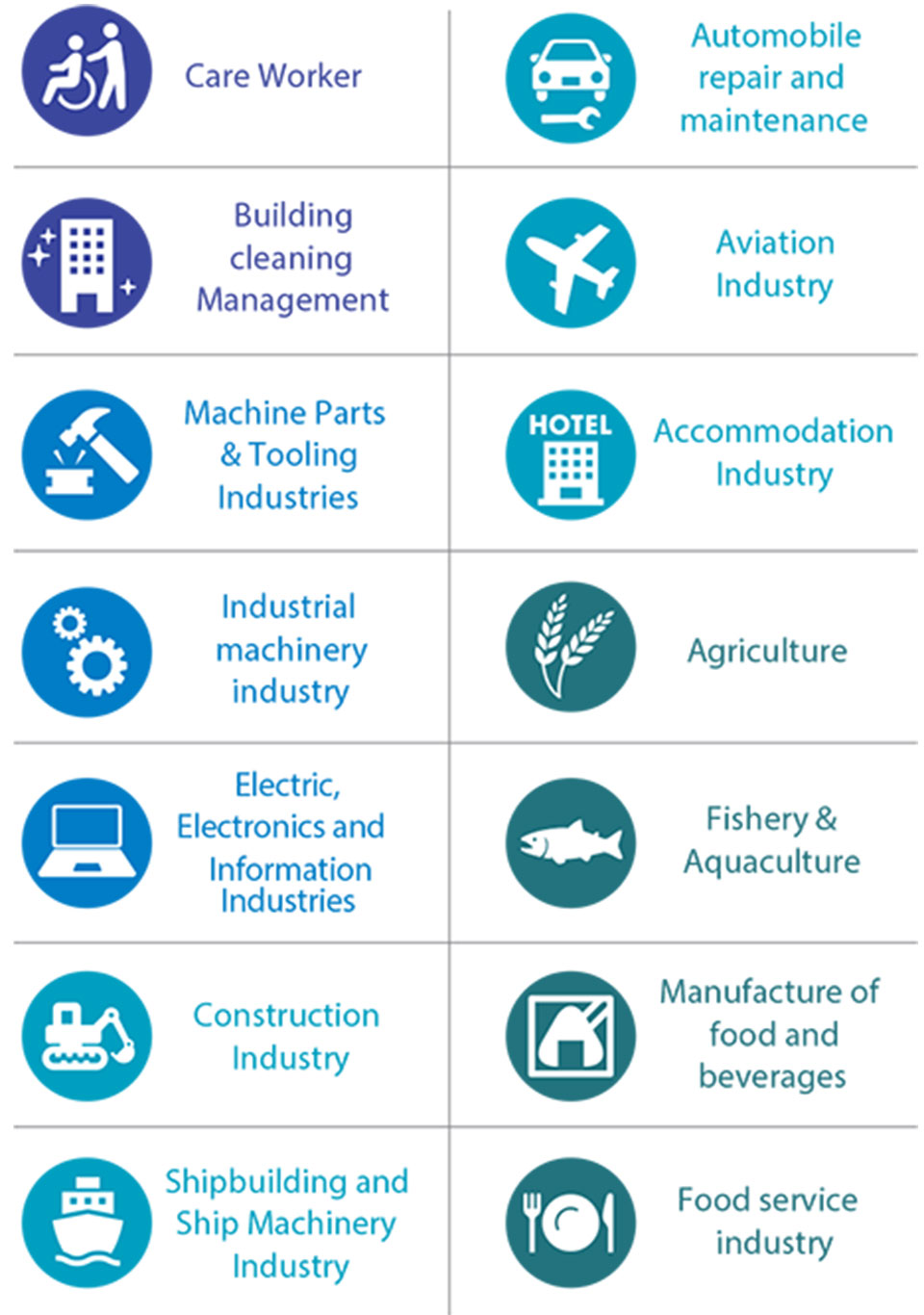 Gold price hits record high as it is traded at Rs 101,400 per tola
7 minutes ago