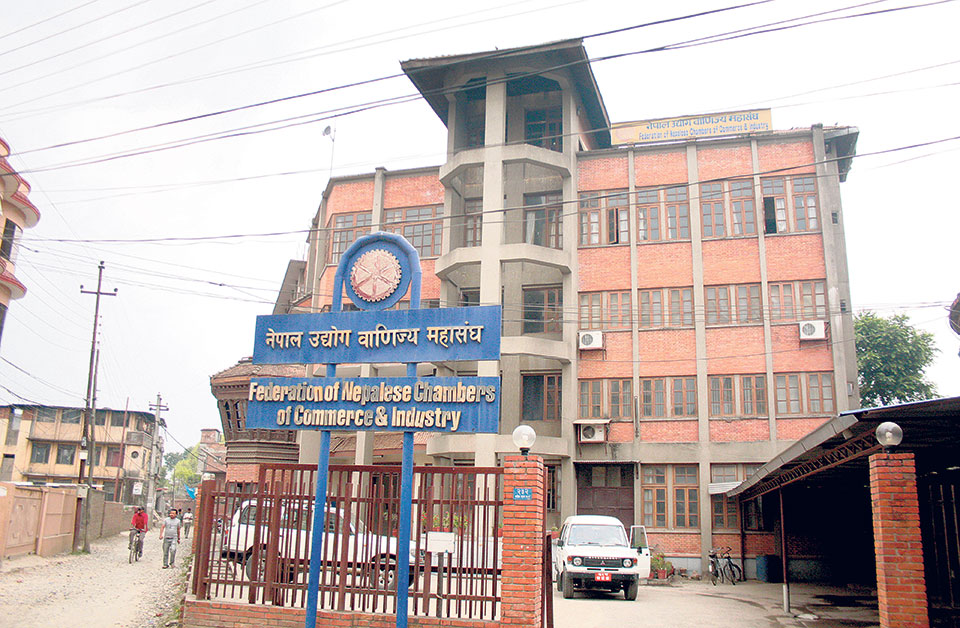 KATHMANDU, Jan 30: Federation of Nepalese Chambers of Commerce and Industry (FNCCI) has made an appeal to the government and other concerned agencies to lower rising interest rates on bank loans.

The leading professional body of the private sector has asked the Ministry of Finance and Nepal Rastra Bank to cap lending rates to avoid adverse effects on trade and industrial sector. “Rising bank rates has not only affected undergoing projects, but is also discouraged investors interested to start new projects,” FNCCI said in a press release issued on Tuesday.

FNCCI had also discussed the matter in its executive committee meeting held recently.

High interest rate has inflated the cost of projects, FNCCI said in the statement, adding that the private sector has expressed dissatisfaction with the government for not doing the needful for addressing the issue.

FNCCI also said that it fully supports the protest against high interest rates started by Morang Merchant Association and Chamber of Industries Morang.

The two professional bodies of the private sector have been launching different protest programs in different cities of the province to protest high bank rates.

Ministry of Finance indirectly intervened to cap the interest rates on fixed deposits last month, but it has done nothing to control rising interest rates that banks charge on loans.

Rana to assume office as first woman president of FNCCI

KATHMANDU, April 12: Bhawani Rana is all set to create a history assuming the office as the first woman President... Read More...