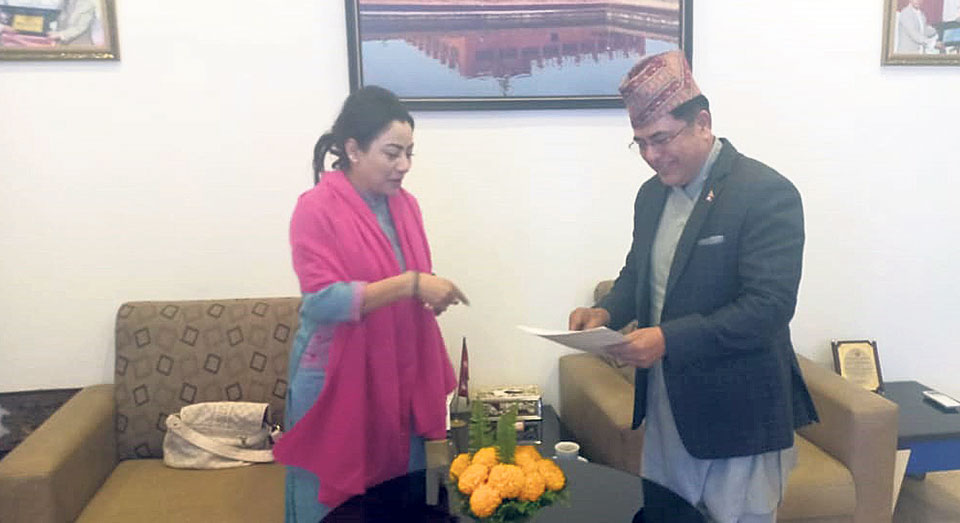 The abrupt hike in interest rate has made an adverse impact on all kinds of industries and enterprises, FNCCI President Bhawani Rana told Governor Nepal on Tuesday.

A delegation of FNCCI led by President Rana called on the central bank governor on Tuesday to draw the attention of the latter toward the impacts of rising lending rates on businesses and industrial enterprises. The delegation told the governor that hike in lending rates will erode the competitive capacity of Nepali industries, increase project costs and discourage entrepreneurs and industrialists to start new projects.

Issuing a press statement after the meeting, FNCCI said that high rates will make it difficult to achieve targets like increasing industrial production and narrowing trade deficit set in the government’s policy. FNCCI has also tabled its suggestions to the central bank for addressing high-interest rates and managing liquidity problems that banks are facing at present.

Employees Provident Fund, Citizen’s Investment Fund and welfare bodies of security agencies are the largest institutional depositors in the country.

Other suggestions that FNCCI has given to include liquidity crunch includes lowering the difference between lending and deposit rates to 3 percent from existing 4.5 percent, bringing remittances through formal channel, bringing money from informal markets to bank and financial institutions, and increasing the government’s capital spending.

Likewise, it has suggested to the central bank to lend only 50 percent of the cost on personal auto loans, and introduce credit rating for any private limited company to make borrowings of Rs 1 billion or above.

Listening to suggestions of the private sector, Governor Nepal assured the business community that the central bank will take needful initiative to tame rising interest rates. “We are working actively to tame bank rates as well as resolve the perennial problem of liquidity crisis in the banking system,” said Nepal.

He also said that the current demand for loan reflects the positive economic environment in the country.