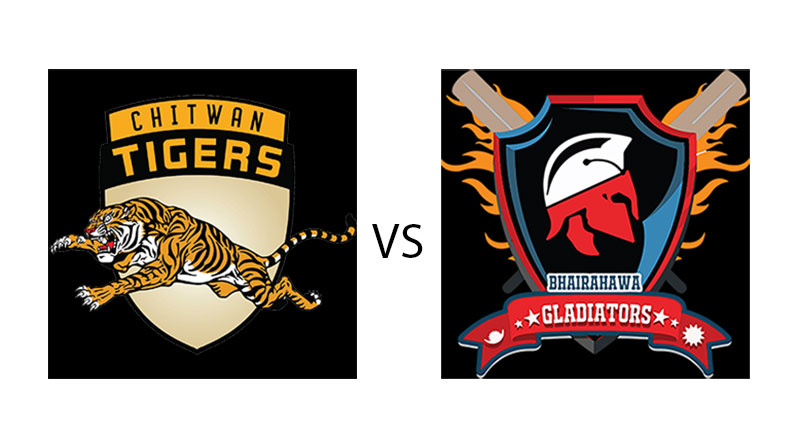 KATHMANDU, Dec 19:  Bhairahawa Gladiators has defeated Chitwan Tigers by four wickets at the eliminator round of the Everest Premier League (EPL) – 2018 held at the TU Cricket  Ground on Wednesday.

With this win over Chitwan Tigers, Bhairahawa Gladiators will now play with Kathmandu Kings XI at the qualifying round.

The winner among the two will play with Lalitpur Patriots for the final match for the EPL-2018 title.

Chasing the 140-run target, Gladiators achieved it in 18.2 overs at the cost of six wickets.

Pradeep Airee top-scored with 24 runs with six fours off 38 balls, Sarad Vesawkar made 29 runs including three fours off 27 balls while Kushal Malla contributed 27 runs including two fours and two sixes off 13 balls to clinch win over its opponent  team.

Earlier, invited to bat first after losing the toss, Chitwan Tigers had notched up 139 runs against Gladiators losing eight wickets in the allotted 20 overs.

Dipendra Singh Airee collected highest 56 runs including six fours and one six off 45 balls, Kamal Singh,  GFB Scott and Paul Stirling took 13, 14 and 14 runs respectively while the rest of batsmen could not achieve double-digit runs.