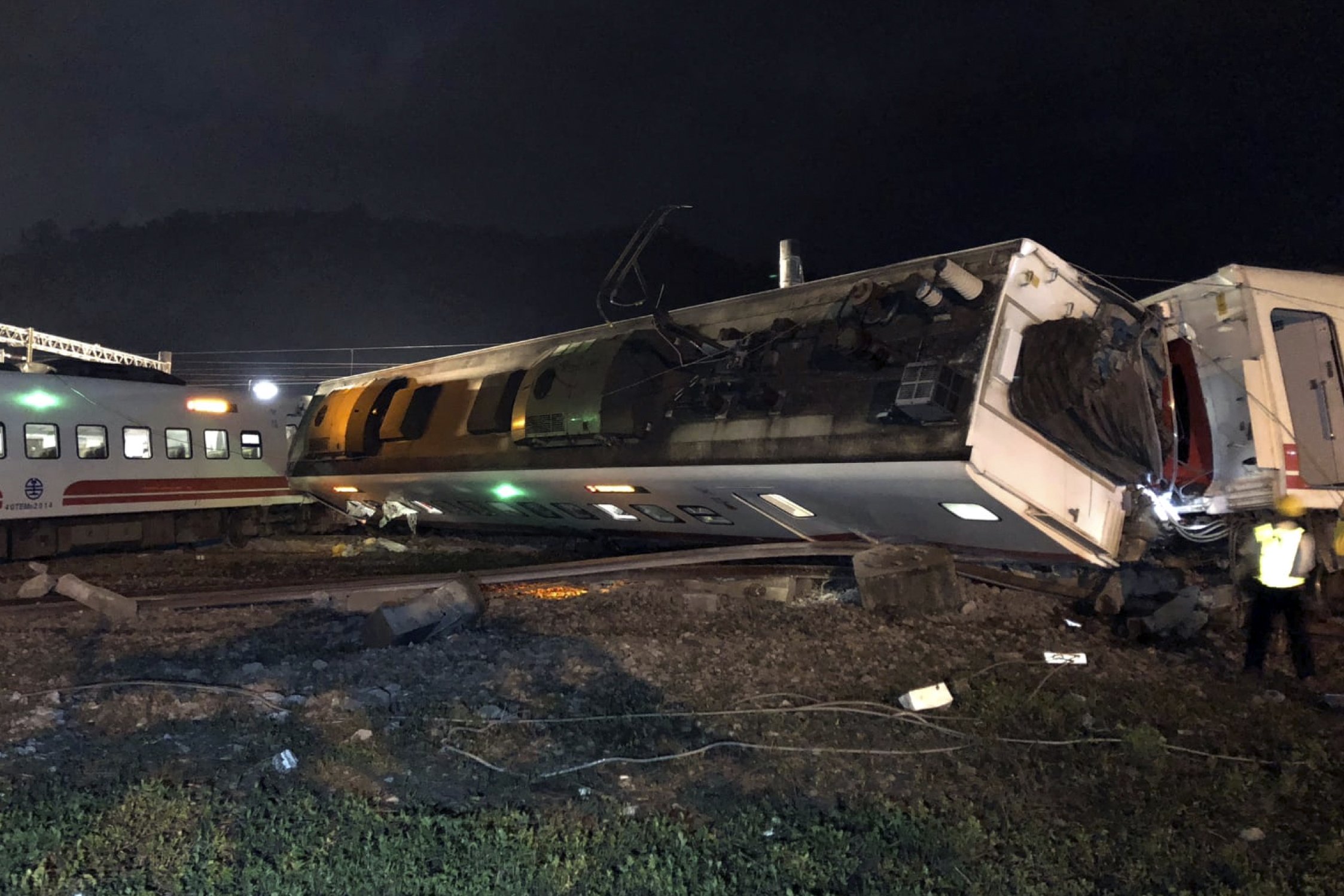 DONGSHAN TOWNSHIP, Oct 21: At least 22 people were killed and 171 others injured on Sunday when one of Taiwan’s newer, faster trains derailed on a curve along a popular weekend route, officials said.

Late Sunday night, hours after the Puyuma express derailed, one of the train’s eight cars was seen tipped over at about a 75-degree angle, with the entire right side destroyed. Firefighters with lights on their hard hats, fearing people may be trapped beneath the car, were looking underneath as a crane prepared to upend it.

The train was carrying more than 366 passengers from a suburb of Taipei in the north to Taitung, a city on Taiwan’s southeast coast, when it went off the tracks at 4:50 p.m., the Taiwan central government said in a statement.

The National Fire Agency cited the Cabinet spokesman’s office as saying 22 people were killed and 171 injured in the disaster.

“Their train car turned over. They were crushed, so they died right away,” Chen said.

Soldiers removed bodies to identify them, he added, but nightfall complicated the rescue work.

Photos from the scene just south of the city of Luodong showed the train’s cars in a zig-zag formation near the tracks. Five of the cars are turned over on their sides.

Most of the deaths were in the first car, which flipped over, a government spokesman said.

It was unclear how many people may still be trapped in the train, said the spokesman, who spoke on customary condition of anonymity. Some 120 soldiers joined firefighters in their rescue work.

On a live feed provided by Taiwan’s United Daily News, rescuers were seen carefully carrying what appeared to be a body wrapped in white plastic away from the site.

Local television reports said passengers were trying to escape through train windows and that bystanders had gathered to help them before rescuers arrived.

The Puyuma was launched in 2013 to handle the very difficult topography of Taiwan’s east coast and is distinct from the high-speed rail that runs on the west coast. The Puyuma trains travel up to 150 kilometers (93 miles) per hour, faster than any other in Taiwan except for the high-speed rail.

The train that derailed had its most recent inspection and major maintenance work in 2017, Taiwan Railways Administration Director Lu Chie-shen said at a televised news conference.

Authorities are investigating the cause of the derailment.