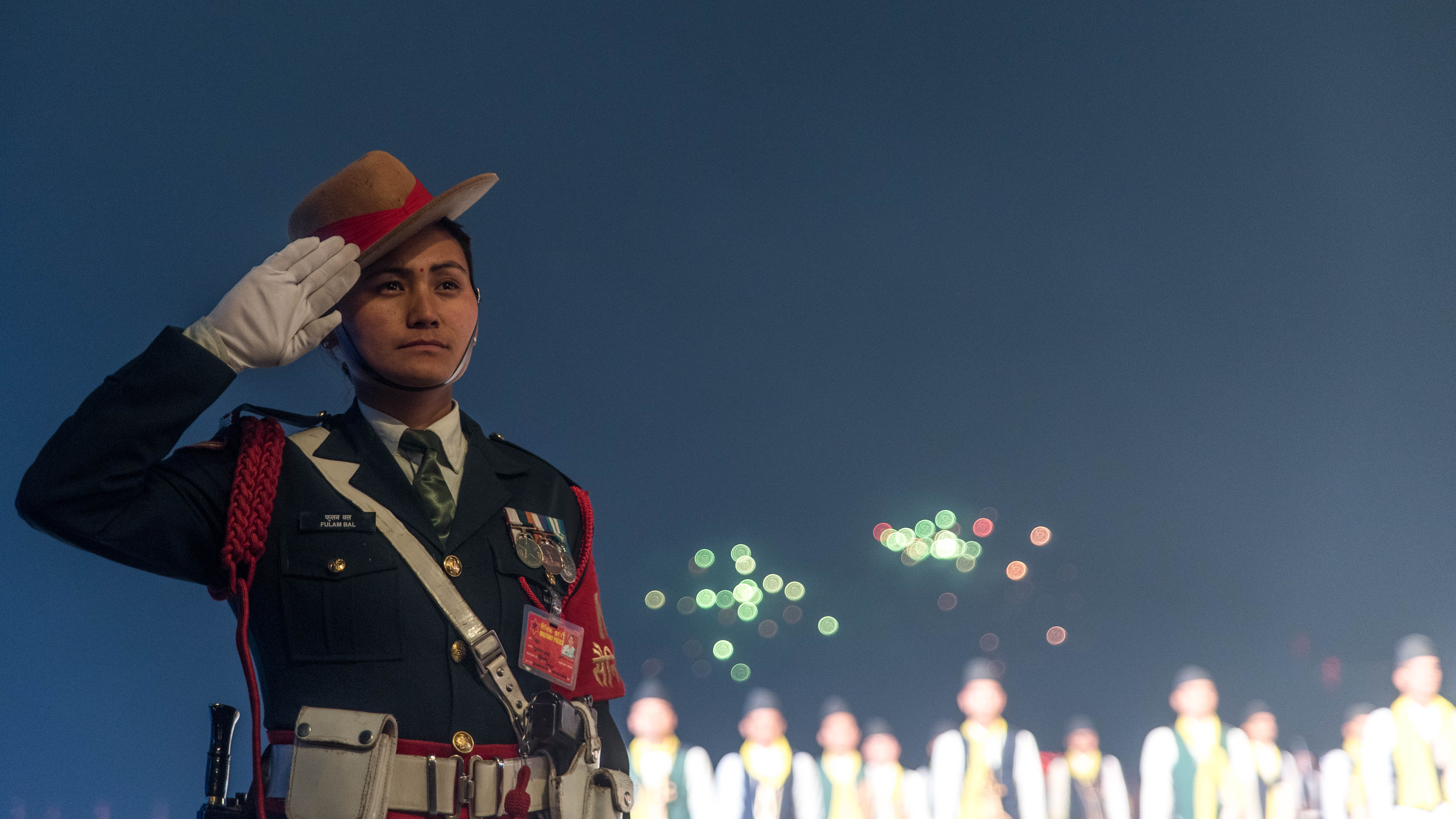 KATHMANDU, Oct Oct 12: In its contribution of 60 years to global peacekeeping mission, the Nepal Army (NA) has bagged as many as 122,871 UN Medals.

In course of 'Peace Mission' odyssey that began from Lebanon in 1978, the NA has also established its good image as 'Peace Champion' by winning the hearts of conflict survivors.

Nepal Army has become first choice of the United Nations and the citizens of conflict-ridden countries as its recognition for discharging the given responsibility in a professional, amicable and disciplined manner.

During the period, as many as 63 Nepal Army personnel have laid down their lives while 66 are surviving with injuries.

Deputy Prime Minister and Minister for Defense, Ishwor Pokhrel, has said the NA continued to earn a big fame, prestige and win the trust from the international community through its significant contributions to the UN peacekeeping missions.

So far 122,871 NA personnel contributed to the 42 UN peacekeeping operations in the world. Among them, the number of women is 1,153. Of late, demand for women peacekeepers is growing bearing in mind the issues of human rights and humanitarian aspects in the war-torn countries.

The UN evaluation about the NA soldiers is that they are competent in executing assigned duties efficiently due to their friendly nature and discipline. Nepal has always received acclaim from the UN for its remarkable contributions to the peacekeeping missions despite being a smaller country in terms of geography.

Nepal has been in the fifth rank in view of the number of army personnel it sends to the UN peace missions. Ethiopia, Rwanda, India and Bangladesh send more numbers to such missions than Nepal.

Assistant Spokesperson for the Ministry of Foreign Affairs, Ram Babu Dhakal, said the UN had its great hope, expectation and trust on the NA to handle the peacekeeping missions in the war-hit countries. "The NA has its remarkable role in the peacekeeping operations in the world. We feel proud of it and its responsibility towards such mission is increasing. "

The NA committed to nation's independence, sovereignty, geographical integrity, and unity, is inclusive in its nature and serves in the frontline in the war-torn countries. RSS

Spokesperson for Defence Minister and joint secretary Rishi Rajbhandari viewed that the Nepal Army has been the first choice to the world society for their professional skills in establishing peace at international level. Likewise,
Spokesperson for the Nepal Army and Brigadier General Gokul Bhandari praised the army for winning hearts of the people of war torn countries by showing their performance, discipline and amicable behaviour during their peacekeeping missions.
Nepal has been requesting the United Nations for giving it the opportunity of leadership and responsibility for the contribution of Nepal Army to peacekeeping missions.

Army Day marked with fanfare in capital (with photos and video)

KATHMANDU, March 11: A special function was held at Sainik Manch, Tudikhel in the capital on Thursday to mark the Army... Read More...