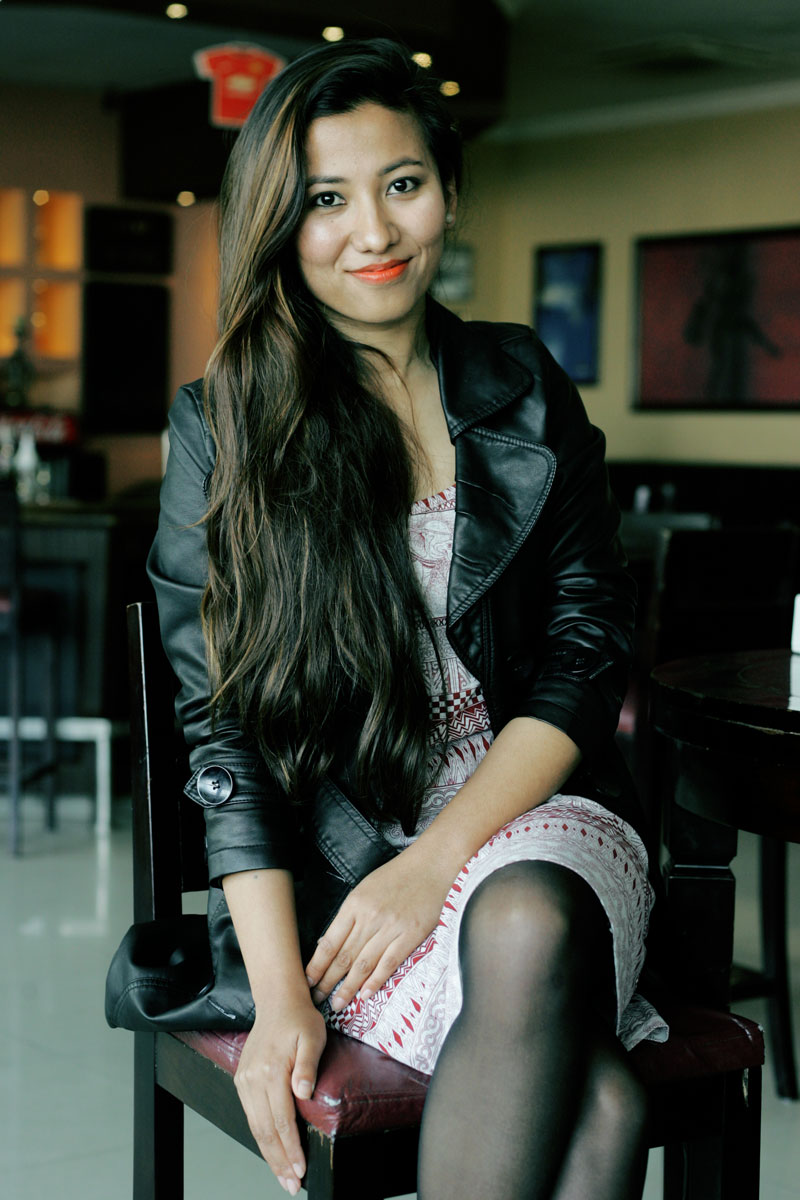 Menuka Pradhan is not an unknown name in the Nepali film industry. She started her career in the media at grade 7 through a local channel in her hometown Chitwan. Since then she has acted in various movies, including Visa Girl, Resham Filili and many more. Menuka has also appeared in numerous music videos but her performance as ‘Saili’ in Hemanta Rana’s music video made her the focus of public’s attention.
In conversation with Repulica she shares five things many may not know about her.

Loves to travel
Menuka loves to travel to new places. Although her work has taken her to many places in Nepal for shooting, she can’t name an exact place as her favorite. She has a deep desire to go on a journey to Himalayan villages of Nepal. Instead of taking a guide she prefers traveling alone on her own pace without any restriction from anyone.

A foodie
Menuka loves to eat. She prefers to eat fresh and organic fruits and vegetables. She says taste of good food remains on her tongue for a very long time and she can’t help but ask for more. She even likes to cook and she says that she can prepare mixture of vegetables and lentils very well.

Music lover
Saili loves to listen to music. She listens to all kinds of music, depending upon her mood. She is fond of techno and psychedelic music. She says she doesn’t like to listen to songs with lyrics she can’t relate to. Lyric of songs, she says, should make her feel what it’s talking about.

Passionate about movies
Menuka watches a lot of movies in her free time. She looks for story line in the movie rather than glitz and glamour. She rarely goes to watch movies in theaters. She tries to watch Nepali movies to understand the changing art form. Instead of watching a big budget movie, she watches movies made by independent film makers.

Enthusiastic about life
Ever since she was a child, she loved spending time with herself. She says it’s necessary for everyone to spend some quality me time. Alone time makes her observe the beauties in nature and realize that life is beautiful. Life, she says, shouldn’t depend on happiness attained from materialistic things. She wants to live her life happily like an enthusiastic little baby who is free of stress.

Barsha Raut is one of the renowned faces in Nepali music and film industries. She started her career as an... Read More...

Pradeep Kumar Rai, aka Byakul Maila, is the lyricist of our national anthem, ‘Sayaun Thunga Phool Ka.’ His writing was selected... Read More...