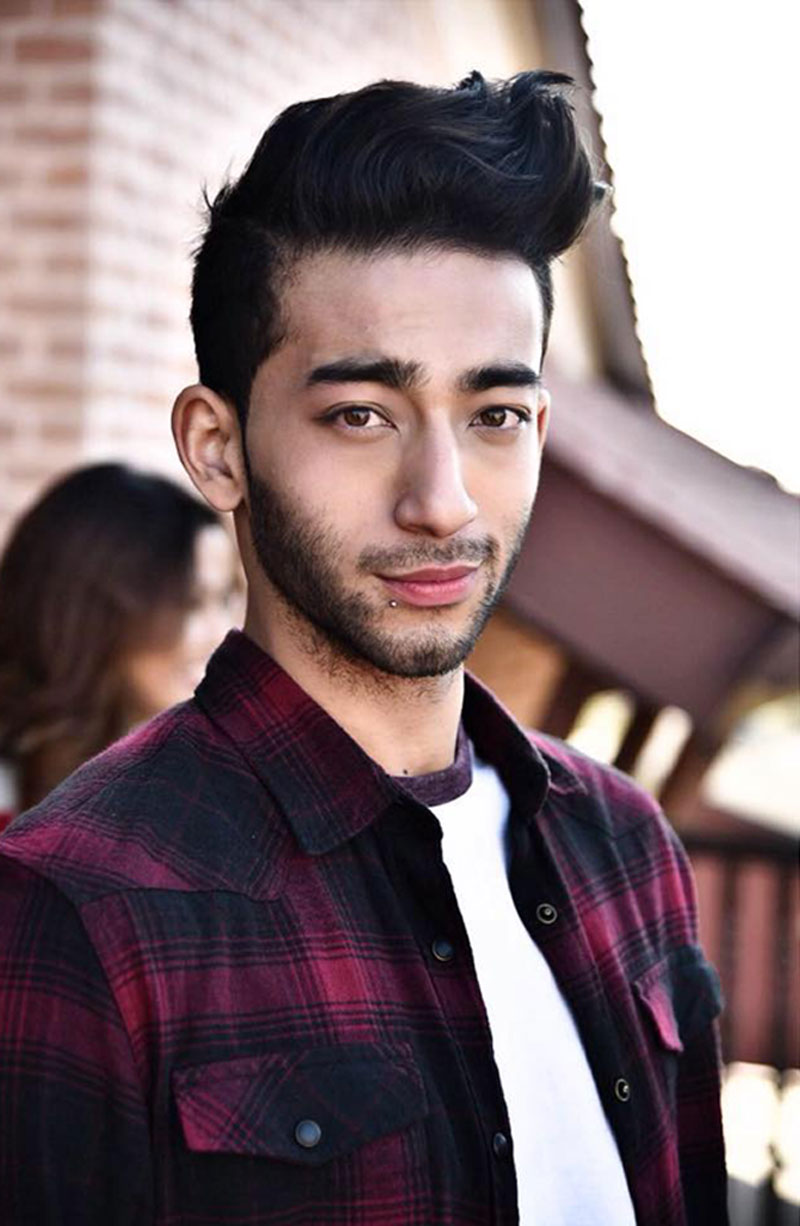 KATHMANDU, Sept 29: A VJ and model by profession, Ayushman Joshi recently made his debut as an actor in ‘Chapali Height 2’. A little less known fact is that he is also a good singer who has his own YouTube channel. Here are five things that you probably didn’t know about this model-turned actor who has proved his worth in his very first film.

He loves to write poetry
“I’m an emotional writer,” says Ayushman who confesses that he loves to write poetry and has written quite a few. The very first poem he wrote was for his first crush and he says it wasn’t very deep and meaningful. Ayushman says he has always loved writing but has never thought of taking it professionally. “Let’s just say it’s a hobby,” he says, adding that if he can come up with good ideas then he might even think about publishing his works later on. He writes because it has a therapeutic effect on him and it makes him happy. Mostly, he pens down his emotional thoughts and makes that poetry.

He loves to ride his cycle around town
Ayushman reveals that cycling is the reason behind his fit shape. “I cycle every morning except on Sundays which is when I like to sleep in late,” he says. He has cycled from Kathmandu to Mustang and from Ghandruk to Gorepani and his next destination is Manang for which he will be leaving soon. He confesses to being quite obsessed about keeping his cycle well maintained and clean. “It’s a gift from my dad and I take really good care of it,” he says.

He never puts sugar in his coffee
Ayushman, who weighed over a 100 kilos before he got into media and modeling, is now an inspiration for fitness enthusiasts. Besides leading an active lifestyle, he also tries to eat healthy. He never puts sugar in his coffee and says that the drink just tastes so much better without it. He says drinking coffee without sugar is the only way to detect the natural notes in different coffee varietals. “Consume less sugar if you want to live more,” he adds.

He won’t eat potatoes
“Potatoes are just plain carbohydrates and I try to avoid them as much as I possibly can,” says Ayushman. His family has a history of diabetes and blood pressure so, Ayushman says, they need to eat healthy to avoid problems later on. He thinks this was the reason why his diet has been monitored ever since he was a child. “And now it’s become a habit for us and I don’t even crave this food item anymore,” he says.

He is very emotional
Unabashedly, Ayushman confesses that he is a very emotional person. Apparently, he gets hurt easily, especially when he hears negative comments about his work. “I put in so much effort into my work and I love what I do that when people are inevitably mean spirited, it hurts me a lot,” he says. He wouldn’t mind constructive criticism but random comments upset him. Even his writings are heavily influenced by his emotional state. “Basically, you could say I’m a mush ball,” he says.

Shan Basnyat is one of the pioneers in the field of scriptwriting. He did a diploma in Hotel Management from... Read More...

Menuka Pradhan is not an unknown name in the Nepali film industry. She started her career in the media at... Read More...