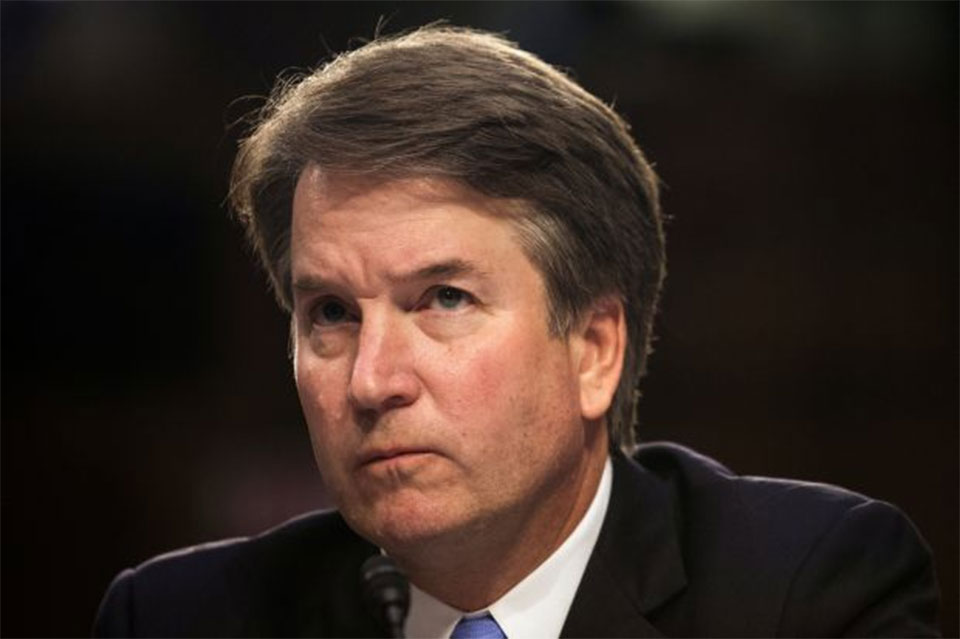 WASHINGTON, Sept 15: U.S. Supreme Court nominee Brett Kavanaugh on Friday denied an allegation of sexual misconduct dating back to when he was a high school student, and a senior Republican senator said there was no reason to delay his confirmation to the court.

Senator Dianne Feinstein, the top Democrat on the Senate Judiciary Committee, said on Thursday she received information about Kavanaugh from a person she declined to identify, and that she had referred the matter to the Federal Bureau of Investigation.

The New Yorker magazine reported on Friday that in July, shortly after President Donald Trump nominated Kavanaugh, Feinstein’s office received a letter detailing a woman’s alleged encounter with Kavanaugh while they were high school students.

It said the woman had accused Kavanaugh of trying to force himself on her at a party, holding her down and covering her mouth with his hand, but that she was able to free herself. Neither Feinstein nor the magazine identified the woman.

“I categorically and unequivocally deny this allegation,” Kavanaugh, 53, said in a statement put out by the White House on Friday. “I did not do this back in high school or at any time.”

Democrats have fought Kavanaugh’s nomination and are seeking to delay his confirmation.

A spokesman for the committee’s Republican chairman, Senator Chuck Grassley, on Friday said the planned committee vote on Kavanaugh’s confirmation would proceed next Thursday as scheduled.

“Judge Kavanaugh has undergone six FBI full-field investigations from 1993 to 2018,” he said in a statement. “No such allegation resembling the anonymous claims ever surfaced in any of those 6 FBI reports.”

Feinstein’s office did not immediately respond to a request on Friday for comment.

A conservative federal appeals court judge nominated by Trump to the lifetime position on the nine-member high court, Kavanaugh made no major missteps in questioning by senators during his confirmation hearing last week.

Trump’s fellow Republicans control the Senate by a narrow margin. With no sign yet of any Republicans planning to vote against Kavanaugh, he seems poised to win confirmation despite Democratic opposition.

In party-line votes, the Republican-led Senate Judiciary Committee on Thursday rejected motions by Democratic senators seeking access to more documents relating to Kavanaugh’s service in the White House under Republican President George W. Bush more than a decade ago.

A final Senate confirmation vote is likely by the end of the month.

KATHMANDU, Oct 9: At a time when the constitutional bench of the Supreme Court (SC) has failed to carry out its... Read More...