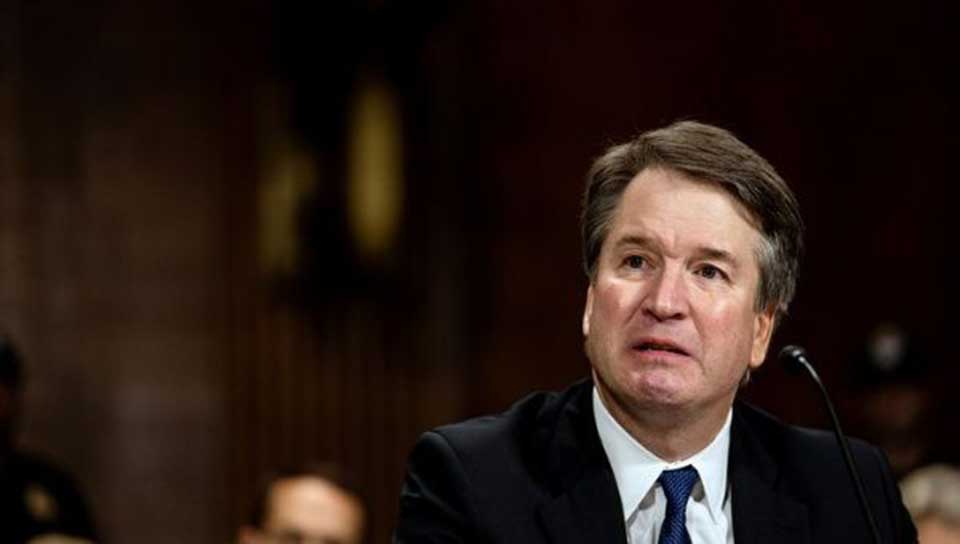 After a bitter fight split along party lines, lawmakers backed Kavanaugh by 51 to 49 in a procedural vote. | Photo: Reuters

WASHINGTON DC, Oct 5: President Donald Trump's nominee Brett Kavanaugh took a step toward joining the Supreme Court Friday when the United States Senate approved him in a preliminary vote, despite accusations of sexual misconduct against the judge.

After a bitter fight split along party lines, lawmakers backed Kavanaugh by 51 to 49 in a procedural vote that moved the Republican-controlled Senate toward a definitive decision on whether to confirm him.

The full confirmation vote could take place as early as Saturday.

Given the result of Friday's vote, federal appeals court judge Kavanaugh looked on track to get the lifetime job on the Supreme Court. But a change of heart by some lawmakers in the final vote would mean his confirmation could still be derailed.

Confirmation would hand Trump a clear victory and tip the balance on the court to a 5-4 majority in favor of conservatives in possible legal battles ahead over contentious issues such as abortion rights, immigration, and Trump's attempt to ban transgender people from the military.

The Kavanaugh fight has riveted Americans weeks before November 6 elections in which Democrats are trying to take control of Congress from the Republicans.

What was already a sharply partisan battle became an intense political drama when university professor Christine Blasey Ford accused Kavanaugh of sexual assault when they were in high school in Maryland in 1982. Two other women also made accusations of sexual misconduct by Kavanaugh in the 1980s.

He denied the allegations.

Trump seeks to stop voting, but only counting remains