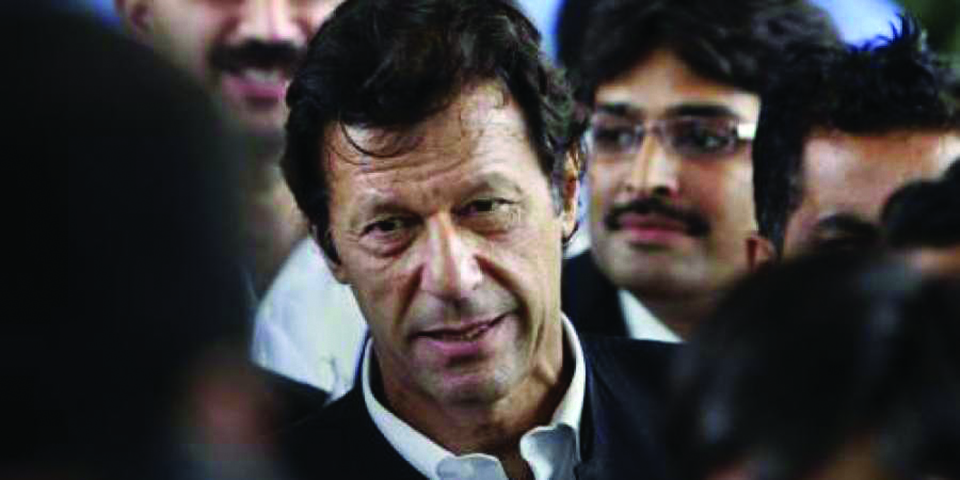 Imran has started the process of reforms. He has announced that he will turn the luxurious prime minister’s residence to a world class research university, live in a small three-bed room house and auction the 33 expensive bulletproof cars of the prime minister.  He has also vowed to reform education, health and judiciary system, bring the investment-friendly investment policy, and most importantly, change the working style of the government.

He has appealed the overseas Pakistanis to invest, promised to do everything he could to facilitate them to invest in home country and be part of development dream of Pakistan.

Most politicians’ election rhetoric does not translate into action after they are elected.  But Imran’s speeches and commitment sound reassuring because he has been consistently advocating for reforms for the 22 years of his political life.

Imran has said time and again that he is not a career politician like other party leaders. He is a cricketer-turned politician.  He has not come to politics to enjoy power, become a celebrity, or to earn money or continue the family inheritance of politics like Gandhis in India, Bhuttos and Sharifs of Pakistan and Koiralas in Nepal.

He entered politics to herald a change, to bring prosperity to the people of Pakistan.  Even before coming to politics, he was very rich and could live a luxurious life without any difficulties. He was threatened by the Taliban and other national and international forces. But he did not give up and campaigned vigorously only to change the living standard of his people. He is a capitalist and a Muslim. But he has said that he would create a just and equitable society like Medina, which was like Vedic period socialist society, where everyone was able to get basic needs: education, health, food and housing. Everyone was treated equally and everyone enjoyed food, housing and clothing.

Can Nepal follow the examples of Imran Khan and take some simple steps to bring change in the lives of  millions of people, who are struggling to make ends meet, and where the gap between rich and the poor has increased drastically due to unequal distribution of resources and opportunities, corruption and bad governance?

Khan has challenges, even threat to his life, because of his association, perceived or real, with the Taliban. Some of his critics even call him Taliban Khan. He wants to bring the international terrorists to mainstream politics. This is challenging because army and international community including the US might oppose this idea.

But he has the courage and commitment to fulfill his dream of development and prosperity. Why cannot career politicians of Nepal Communist Party, who face much less challenge than Pakistani leader, make such pledges to the people?

Nepali politicians, whether affiliated with Nepali Congress or Communist party, have been in politics since their student days and have promised to abolish social, political and economic anomalies of the country and drastically improve lives of people. They have struggled and fought against repressive regimes. If they are really committed to the change they advocate for and act accordingly, they can make a difference.

Imran Khan has shown, or at least assured, that a single man can make change. Why cannot our mass-based political parties do so? Imran has started to fulfill his promises into action. Why cannot our leaders do so?

Ruling Nepali communist leaders can make similar pledge to work for the welfare of the people and the country. Even a small step can bring a drastic change and raise a big hope. They don’t have to cut down the number of employees and vehicles in the prime minister’s office. Our prime minister does not need to leave Baluwatar either. But he can, if he wants, end corruption in every sector of the government.

Like Khan Nepal can introduce a progressive tax system, spend the money on the neediest, create jobs for millions of youths who are compelled to work in the Gulf and abroad, abolish exploitation in the private schools and improve public schools and health facilities and so on.

Khan is neither a communist nor a career politician. He is a billionaire celebrity but he wants to give everything to the community and the country even without caring for life threat.  “I will fight the corrupt. Either this country will survive or the corrupt people,’’ he has said.

If Nepali politicians make similar commitments, they will receive support and cooperation from inside and outside the country.

Can the ruling communist leaders, who claim to be revolutionary and work for the welfare of the proletariats, pledge to fight against corruption and work fearlessly and fairly for good governance?

NEA earns profits of Rs 8.50 billion in Q1, leakage reduction and energy export are the main contributing factors
51 minutes ago