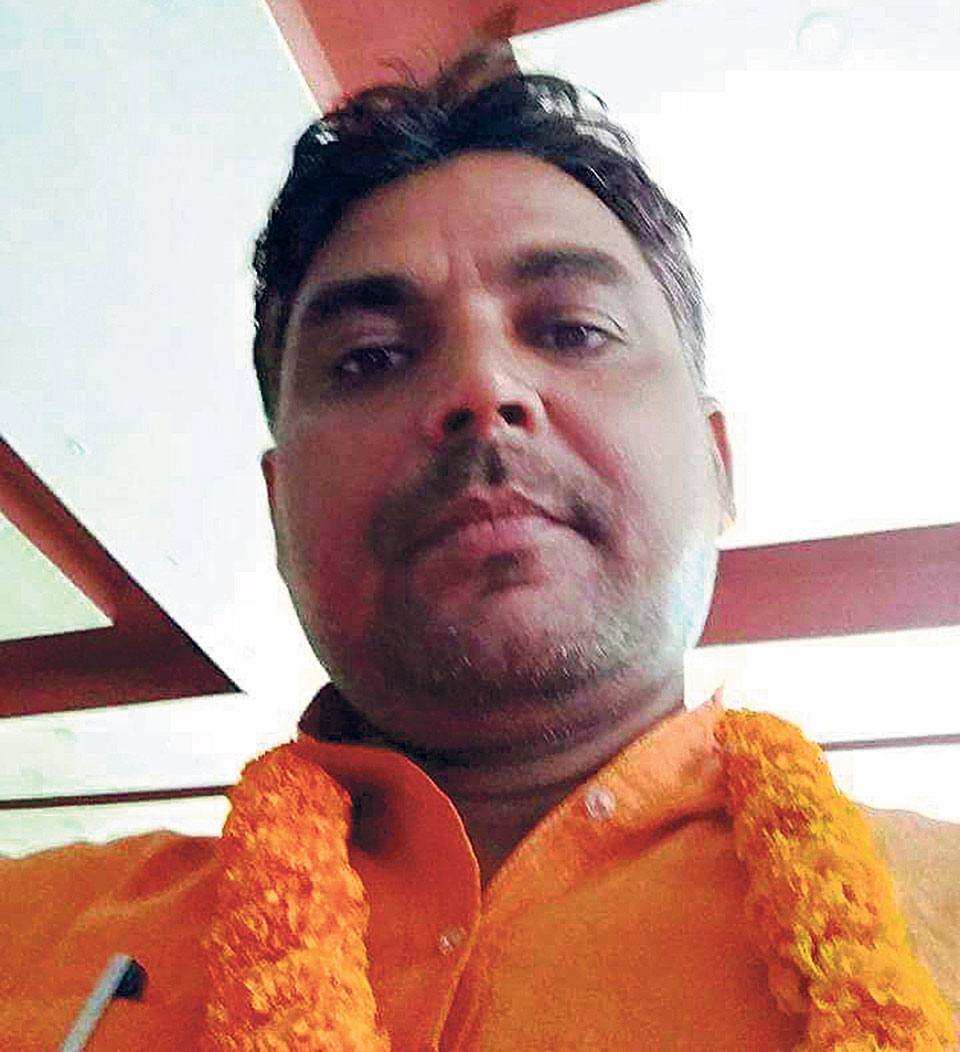 JANAKPUR, Aug 3: The already troubled relations between the government of Province 2 and the police are set worsen after the High Court in Janakpur issued a mandamus order for the arrest of all the accused in the murder of Armed Police Force (APF) Assistant Sub-Inspector Thaman Singh BK nearly three years ago. The accused include Abhiram Sharma, a state minister in the government of Province 2.

Responding to a writ petition filed by the spouse of the murdered BK, a joint bench of judges Madhav Prasad Pokharel and Dr Rabi Sharma issued the order to District Police Office, Mahottari and its chief to immediately arrest all the remaining 25 accused in BK’s murder.

BK’s widow Shobha Gahatraj filed the writ petition some four months ago after police failed to show any interest in arresting the murder accused.

Murder accused Sharma was recently inducted into the Province 2 government after the Rastriya Janata Party Nepal (RJPN) recommended his name for State Minister for Social Development.

Protestors lynched the injured BK, who was with the APF Jalasagar Batallion in Jaleshwar, when he was being taken to Janakpur by ambulance during Madhesi protests on September 11, 2015. According to eyewitnesses, BK was pulled out of the ambulance and lynched.

His elder brother Prem Bahadur BK had filed a complaint against 28 individuals at District Court, Mahottari on September 18, 2015, demanding action against them for the murder.

So far, police have arrested only three of the 28 accused. While Sanjaya Sah and Pramod Sah are currently in judicial custody, Mohan Thakur was released against a reappearance date.

Murder-accused Sharma took the oath of office and secrecy a week ago. Among the other accused, Kaushal Kumar Yadav of Kharibani, Mahottari, is now a provincial assembly member. Similarly, local RJPN leader Ram Shanker Mishra has been elected mayor of Jaleshwar Municipality.

Police have put the accused in a list of absconding persons.