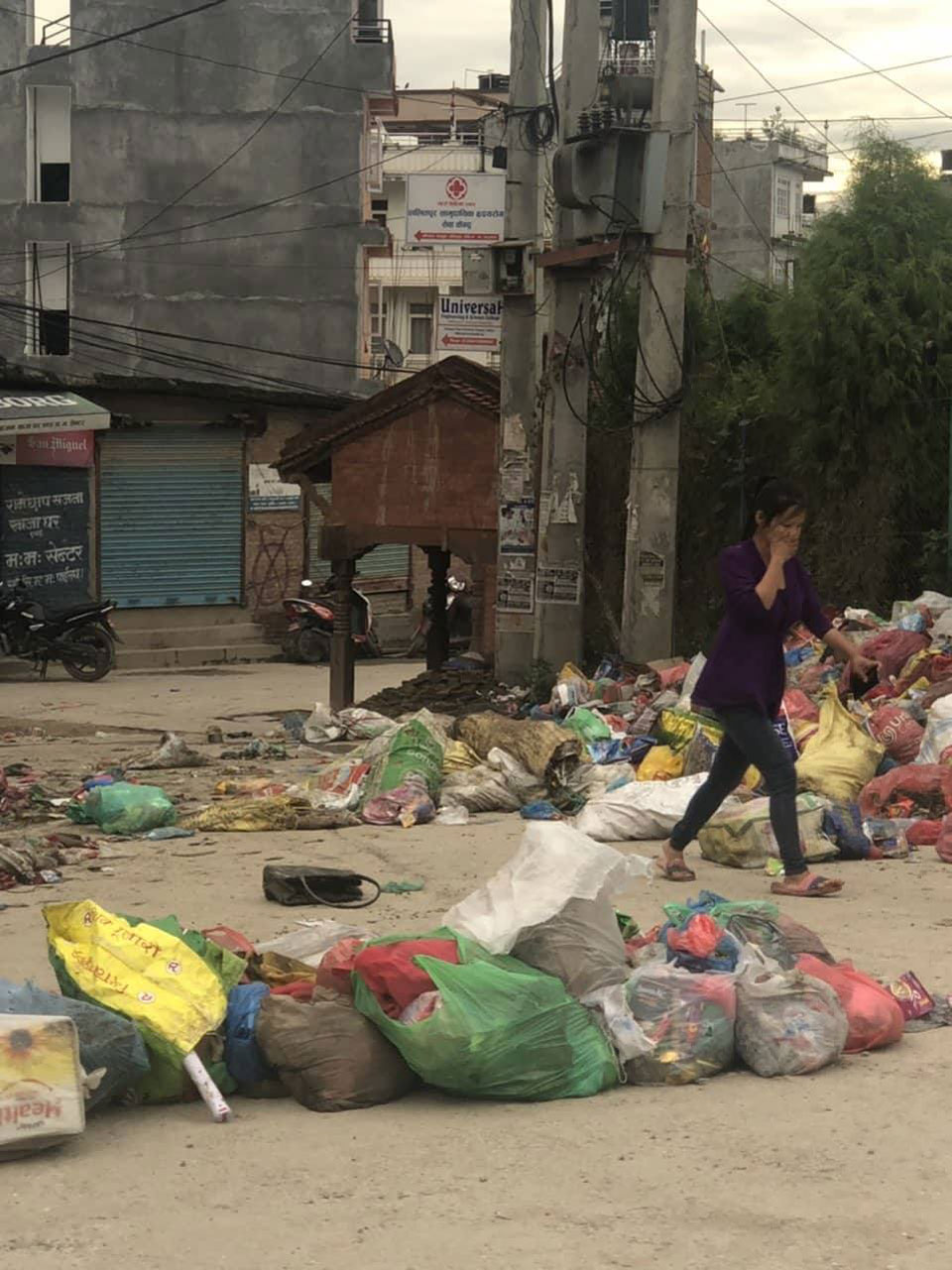 KATHMANDU, July 20: Various road intersections have started reeking and the chances of spread of diseases have increased as the Kathmandu Metropolitan City finds itself struggling to manage the piling garbage on the streets.

Piles of garbage can be seen at Balkhu, Kuleshwar, Kalimati, Kalanki, Tankeshwar, Tripureshwar, Baneshwar, Shantinagar, Bagbazar, among other places as it has not been removed since two weeks.

Pedestrians passing by these places as well as street vendors and businessmen who own stores nearby have been bearing the brunt of the foul smell emanating from these piles of festering garbage.

Doctors have warned of an outbreak of diseases like cholera, typhoid and respiratory ailment if the solid waste was not immediately removed.

Kathmandu Metropolitan City has not been able to manage the city waste as the road leading to the dumping site at Sisdole remains obstructed due to flooding following the recent incessant rains.

Kathmandu mayor Bidya Sundar Shakya has said efforts are on to manage the garbage that has collected on the streets as early as possible. He also urged the city denizens not to haphazardly dispose of the waste generated at their homes out on the street.

Around 500 metric tonnes solid waste a day is generated in Kathmandu alone at present. RSS