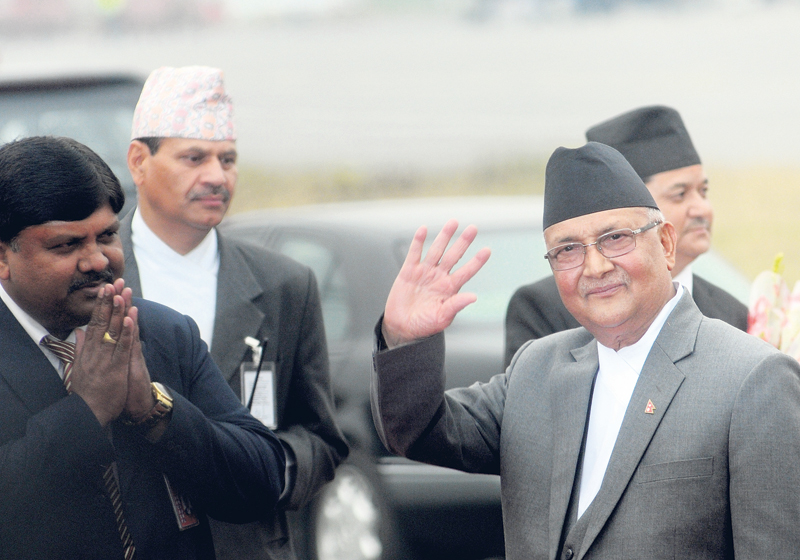 KATHMANDU, June 26: Highlighting the agreements that Nepali side were able to ink at China, Prime Minister KP Sharma Oli claimed that his visit to the northern neighbor was positive and encouraging.

“The agreements we’ve reached shows our commitment to realize our common goal of development and prosperity,” he said adding that China had also expressed its commitment to provide necessary supports for the same as he addressed the federal parliament to debrief them on his China’s visit.

“The railway connectivity is an important agreement as it will help to speed up development and increase economic activities,” Oli said adding that both sides had agreed to resume Tatopani entry point by May 2019 while setting up better infrastructures at Rasuwagadi and Kerung.

Stating that Nepal strived for peace, Oli said that the government was guided by the Five Principles of Peaceful Coexistence with both neighbors.

Both Nepali and Chinese sides have agreed to intensify implementation of the Memorandum of Understanding on Cooperation under the Belt and Road Initiative to enhance connectivity.

Although the visit by Prime Minister Oli saw several deals to bring Chinese investors in Nepal’s hydropower and manufacturing sectors and cross-country power transmission line project, the implementation of some of the key issues that Nepal sought to expedite failed to make any headway. One such agreement was the Protocol of Transit and Transport. Nepal wanted to see a breakthrough in the protocol of Transit and Transport.

RSP meeting to continue today at 11 am
27 minutes ago