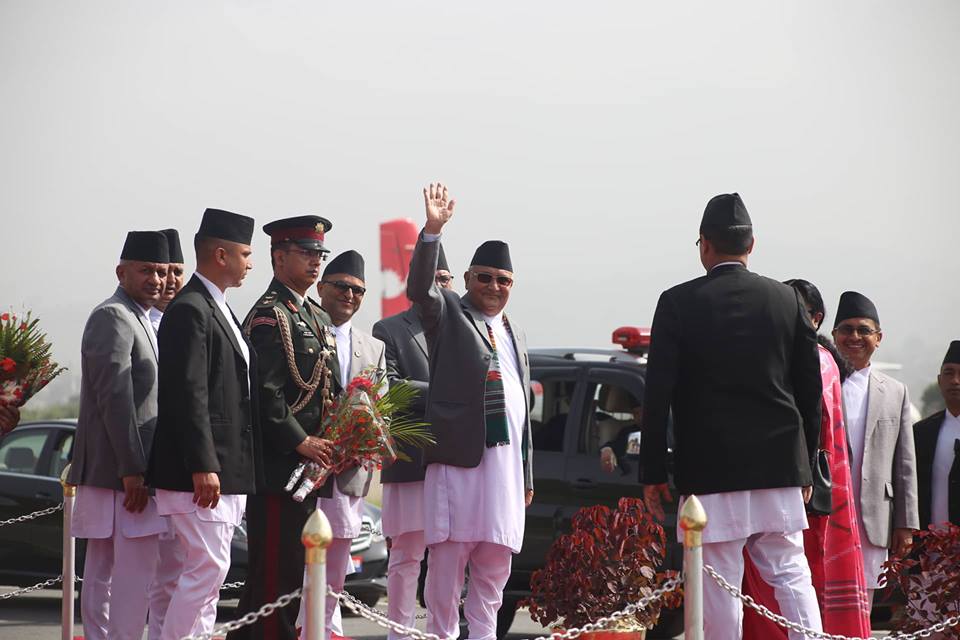 PM Oli will be landing at Tribhuwan International Airport at 11:00 AM today.

During Oli's visit,  Nepal and China have agreed to expedite eight major projects in Nepal.