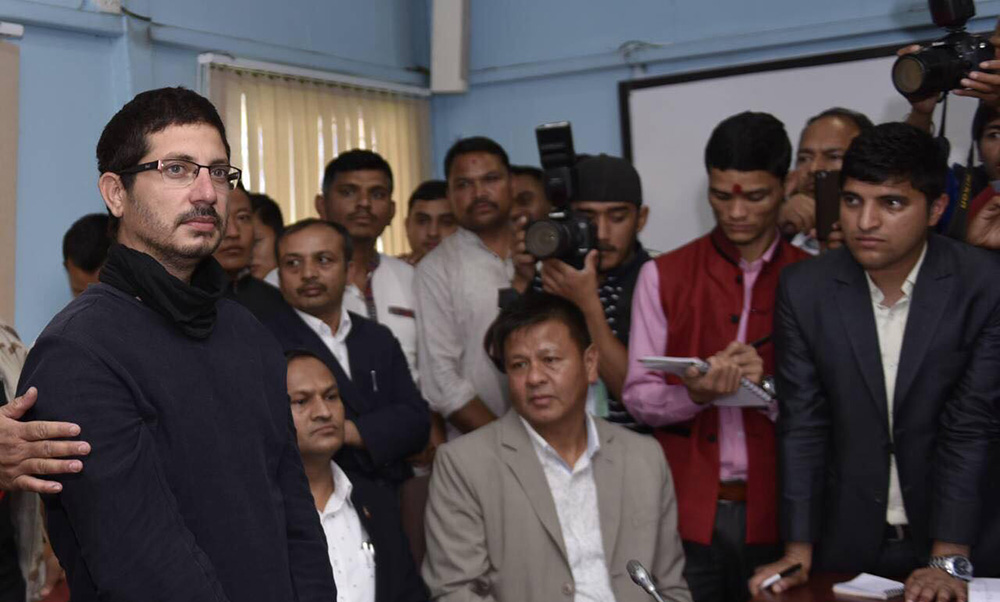 KATHMANDU, May 22: Chudamani Upreti alias Gore, main accused in the 33 kg gold smuggling case, has been made public after arrest at the Ministry of Home Affairs.

Gore was paraded at a press conference organized at the Ministry of Home Affairs. He has been sent to Morang District Court immediately after he was made public. Joint Secretary Ishwar Raj Paudel, coordinator of the high level investigation committee formed by the government said that Gore’s arrest has unraveled further information about gold smuggling case.

“We will unveil additional evidences about the gold smuggling following Gore’s statements and investigation. With Gore’s arrest, further evidences about those arrested already will be explored,” said coordinator Paudel. According to Paudel, Gore was arrested from Gaurighat  of Kathmandu at 5 am today even though police, earlier had said that they arrested him in India and brought him to Kathmandu.

Gore had been accused of taking life of gold trader Shanam Shakya by using electricity on the alleged charge of stealing 33 kg of smuggled gold from the Tribhuvan International Airport on January 23.

His involvement in the smuggling came to the fore in the course of investigating the murder case of gold trader Shakya. The probe panel has already arrested as many as 32 people in connection with the case.