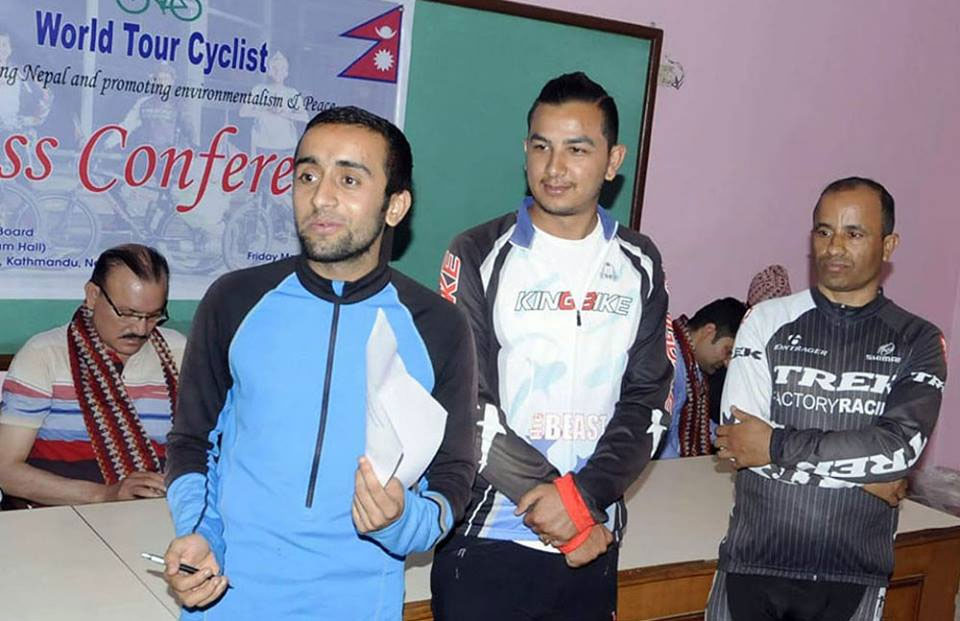 KATHMANDU, May 19: Three Nepalis recently completed a bicycle tour of 20 countries in the world with the message 'Nepal is safe after earthquake'.

Anish Dhakal and Dilip Chhetri, of Kathmandu, both 22 and Nirmal Baral, 42, of Pokhara completed their bicycle tour of India, Bangladesh, Sri Lanka, Myanmar, Thailand, Laos, Brunei, Singapore, Malaysia, Taiwan, South Korea, Israel, Chile, Argentina, Bolivia, Brazil and the United States of America to spread the message that Nepal is safe for travel even after the quake. Their trip also covered some parts of Nepal as well.

The three recently returned home after completing the trip. This was informed at a press meet here today. According to Dhakal, they began their journey from Pokhara in December, 2016.

They have planned to set out for a tour of 12 countries in Europe after two months and dream of travelling to all countries in the world within the next five years. Cyclists Dr Amrit Baral and Ajit Baral are their inspirations, as Dhakal said.

Member of Board of Directors of Nepal Tourism Board Dipak Mahat said the NTB is ready to provide help for Mahat in the future, while praising his work to make Nepal known to the world through a cycle tour.

Former member of the NTB's Board of Directors Rajendra Prasad Sapkota stressed the need for cyclists to make the country known to Nepal as a country of Lord Buddha, and Sagarmatha (Mount Everest).