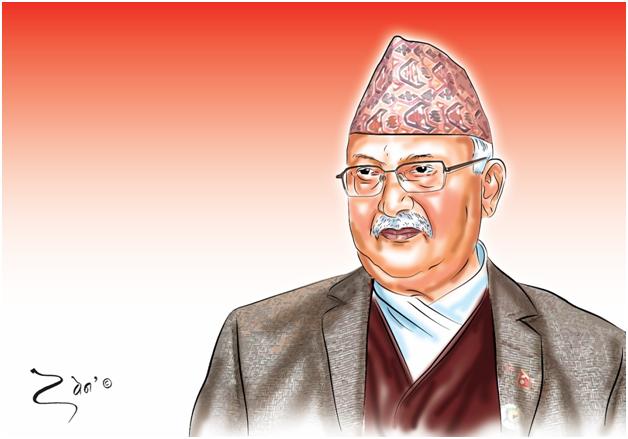 Prime Minister Oli has the opportunities to do what Mahendra did in the 60s but he needs to be able to derive strategic benefits out of India-China rivalry.

Some have started compare Prime Minister KP Oli with King Mahendra. This begs a question: What kind of comparison are we making? Oli’s nationalism and centralization of powers might bear some resemblance with Mahendra but how similar are they in bringing autonomy in Nepal’s foreign policy choices?

His regime primarily derived benefits from the external situation—India’s defeat in 1962 war. The defeat exposed India’s vulnerability even more, which Mahendra sought to exploit. In return for protection of northern front, he secured the Indian assurance that Nepali exiles would not be allowed to organize and operate against his regime from Indian territories.

Furthermore, he secured India’s acquiescence for Panchayat and his agreement with China on construction of Kathmandu-Kodari highway. Besides, he also made New Delhi agree to grant Nepal transit facilities for its trade with third countries through India’s land and sea routes.

Although Mahendra regime lasted from 1960 to 1972, Nepali politics was stabilized during his regime and it strengthened Panchayat system. He worked up foreign policy issues to resolve crisis of legitimacy, identification, and stability of his government with considerable success, at least during the years immediately following the establishment of Panchayat system though it was not totally immune to Indian interference.

Yet, he could ensure certain degree of autonomy in Nepal’s foreign policy conduct due mainly to 1962 war. Successive regimes were not as fortunate as India-China relations started to mature post-1962.

Belt and Road
Initiative provides
Oli one of the
strong structural motivations to
build closer
ties with China.

Oli’s test
Can KP Oli obtain similar strategic benefits for Nepal now? We see that geo-political rivalry exists between India and China. This rivalry has forced them to compete for power and resources not only in Nepal but in Indian Ocean, Pacific Ocean and in African continent. They are competing for resources, strategic space and domination in other regions of the world.

Belt and Road Initiative (BRI) provides Oli one of the strong structural motivations to build closer ties with China. The project has the component of materialism and idealism whereby the countries around the region from Asia to Europe want to be its part for varieties of reasons. China has used its persuasion and leverage to provide avenues to many countries to become partners of BRI. Nepal is no exception.

Oli’s decision to sign ‘transit agreement’ with China was driven by the pull factor of BRI. Besides, structural constraints of Nepal’s landlockedness have hindered Nepal’s maneuverability, which was evident during the 2015 blockade.

Nepal’s dependency on India for trade and transit had severely impacted our foreign policy choices. Nepal has no other choice but to depend on India for international trade and transit, and to achieve economic prosperity. Nepal remains close to India because of our shared culture and geography. This psychology has guided the conducts of Nepali leaders. They have not been able to think beyond India—that is to foresee trade and transit through China. This was the case until Oli signed a transit agreement with China in 2016.

Prime Minister Oli has the opportunities to do what Mahendra did. But for this, like Mahendra, he needs to learn to derive the strategic benefits out of India-China rivalry.  His recent visit to India has been widely acknowledged by Indian strategic thinkers as successful. This was evident from the way they compared him with King Mahendra. It shows Indian thinkers fear that Oli might gain similar tactical advantage as King Mahendra did out of India-China war.
India had taken Mahendra’s reaching out to China through Kathmandu-Kodari highway as a direct threat to India. Mahendra had done this by exploiting India’s vulnerabilities after 1962 war.

Opening of railway networks will provide Nepal a wider strategic opportunity not only to become an economic corridor between China and India, but also to get connected with central Asian countries rich in oil and gas. The 21st century Nepal needs to focus on railway connectivity. If he can do this much we might compare him with Mahendra. In that case, he will be able to provide avenues for institutionalizing Nepal’s elusive quest for autonomy in its foreign policy conduct.