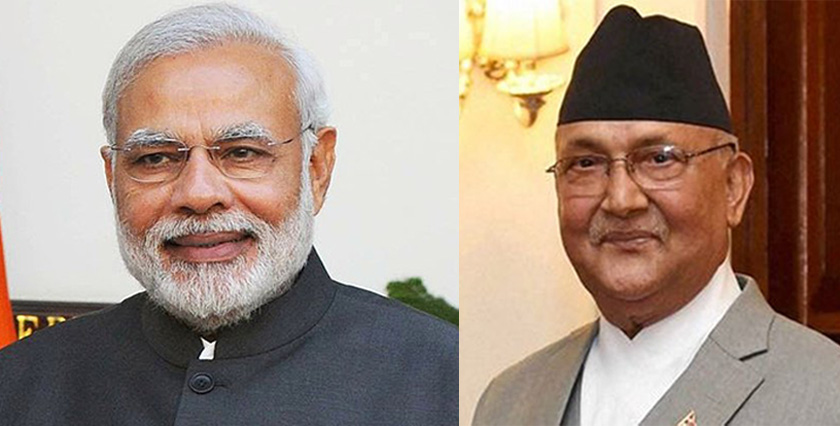 According to senior government officials involved in preparations for Prime Minister Modi's visit to Nepal, the two prime ministers will jointly inaugurate the 900 MW hydropower project, pressing a switch from Kathmandu. Investment Board Nepal and the Ministry of Energy are jointly making the preparations for this.

A plan to lay the foundation stone for the project worth Rs 104 billion during Prime Minister Oli's visit to India was cancelled at the eleventh hour after differences emerged within the  CPN-UML over inaugurating a project on Nepali territory from India. As per the suggestions of UML leaders, Prime Minister Oli had asked to remove the function from his agenda and proposed instead to do the inauguration from Kathmandu during Modi's visit here.

The Arun III project was canceled in the 1990's over environmental objections, misgivings over already high power tariffs, questions of whether or not such a huge project was needed, and the negative impact of the approach road. The World Bank withdrew its financing from the project in 1995.

According to UML leader Rajan Bhattarai, Indian Prime Minister Modi is also scheduled to inaugurate the Nepal Police Academy to be built with Indian assistance at Panauti, Kavrepalanchowk. The construction of the Police Academy has remained stalled for years due to procedural delays, although the foundation laying ceremony was already held when Modi last visited Nepal during the premiership of the late Sushil Koirala.

During his visit to Nepal, Prime Minister Modi is scheduled to visit the two holy places of Janakpurdham and Muktinath. Modi's planned visit to the shrines was canceled at the eleventh hour, citing security reasons. Preparations are underway to take Prime Minister Modi to Muktinath and Janakpur via special army chopper.

Speaking at an interaction organized by Reporters Club Nepal  Wednesday,  UML leader Bhattarai, who is also a member of the Eminent Persons Group (EPG) formed by Nepal and India to review a whole gamut of bilateral issues and recommend measures to improve relations, said the Modi visit shall be a state visit rather than a religious and cultural one.  “This is the third time Modi is visiting Nepal as prime minister. I have confidence that the visit will help remove all sorts of mistrust and confusion that exist between Nepal and India,” he said.

KATHMANDU, May 11: The prime ministers of both Nepal and India jointly laid the foundation stone for the 900 MW Arun... Read More...