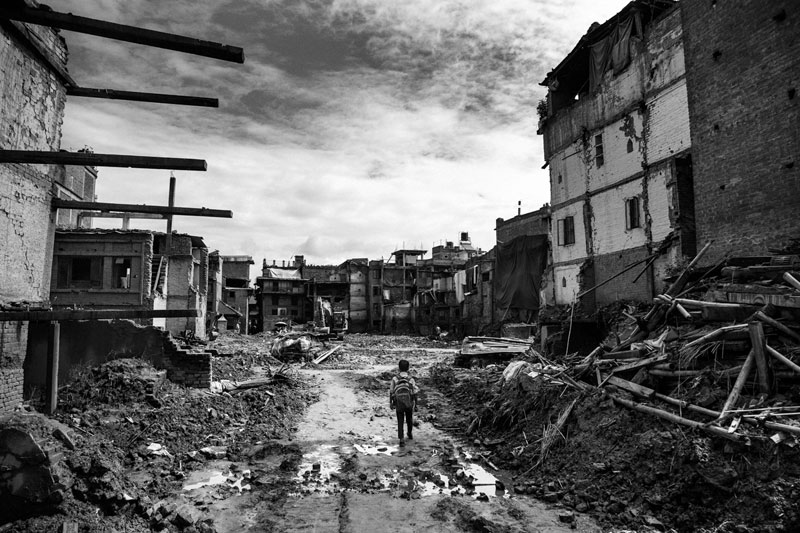 KATHMANDU, April 25: Three years have passed by since the Gorkha earthquake. However, only one-third of the total classrooms damaged due to the disaster have been reconstructed.

Around 39,000 rooms of 7,923 schools of 31 districts suffered partial and complete damages due to the earthquake occurred on April 25, 2015 and its aftershocks. Of them, only 13,249 class rooms have been reconstructed so far.

Director of National Reconstruction Authority, Central Level Project Implementation Unit (Education), Imnarayan Shrestha, said that progress towards reconstruction of schools on the basis of number of damaged schools has been seen gradually.

Some 1,719 schools are under construction in current fiscal year. A total of Rs 12 billion has been allocated in reconstruction of schools this year while Rs 30 billion it has been estimated for the construction of remaining schools.

The reconstruction of the schools being undertaken by the donor agencies has been delayed as the classrooms constructed by them are comparatively bigger and well-equipped. The Unit has been working in coordination with the Ministry of Education, Science and Technology.

Another reason for the delay is attributed to the fact that some schools have not been able to acquire the land for the reconstruction in time, and to the lack of skilled workers, budget and construction materials.

The post-disaster recovery report of the National Reconstruction Authority had set the target of completing the reconstruction of the damaged schools within three years of the disaster.

The NRA signs contract and releases the amount for the reconstruction after the local levels recommend the names and endorse the sketch of schools that are to be reconstructed.

District project implementation unit (education) have been set up in 20 of the 31 earthquake-affected districts for monitoring and facilitating the reconstruction of the schools. RSS

Two years on, reconstruction yet to gain pace in Gorkha

GORKHA, April 26: On this very day two years ago, Nepal experienced major jolts that shook the very core of the... Read More...

Over 10,000 people enter Nepal via Gaddachauki in a week for Dashain
29 minutes ago