From the ruins of Dharahara, PM Oli urges speedy reconstruction

KATHMANDU, April 25: Speaking at a program organized by the National Reconstruction Authority (NRA) from the ruins of Dharahara, Prime Minister KP Sharma Oli commemorated the loss of lives and properties in the earthquake of April 25, 2015.

Three years ago, the country was rattled by Gorkha earthquake which had its epicenter in Barpark claimed 9,000 lives and rendered 500,000 homeless in 32 districts. Of the 32 districts, 14 were severely affected.

“We must expedite reconstruction,” Oli said adding that all historical monuments must be built carefully.

He also urged everyone to come together to rebuild the country. 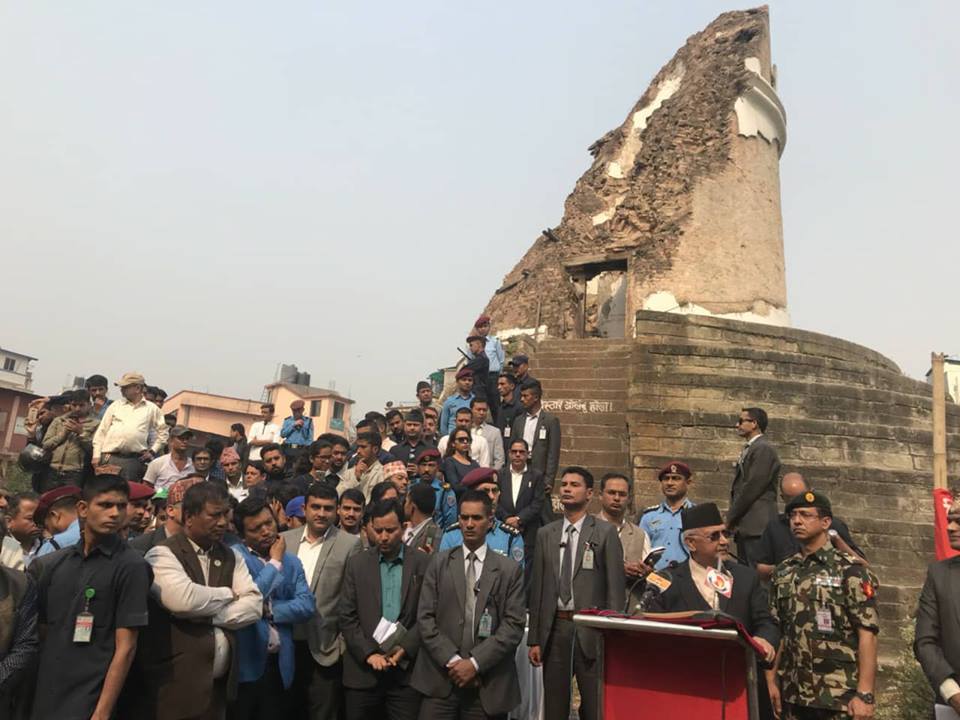 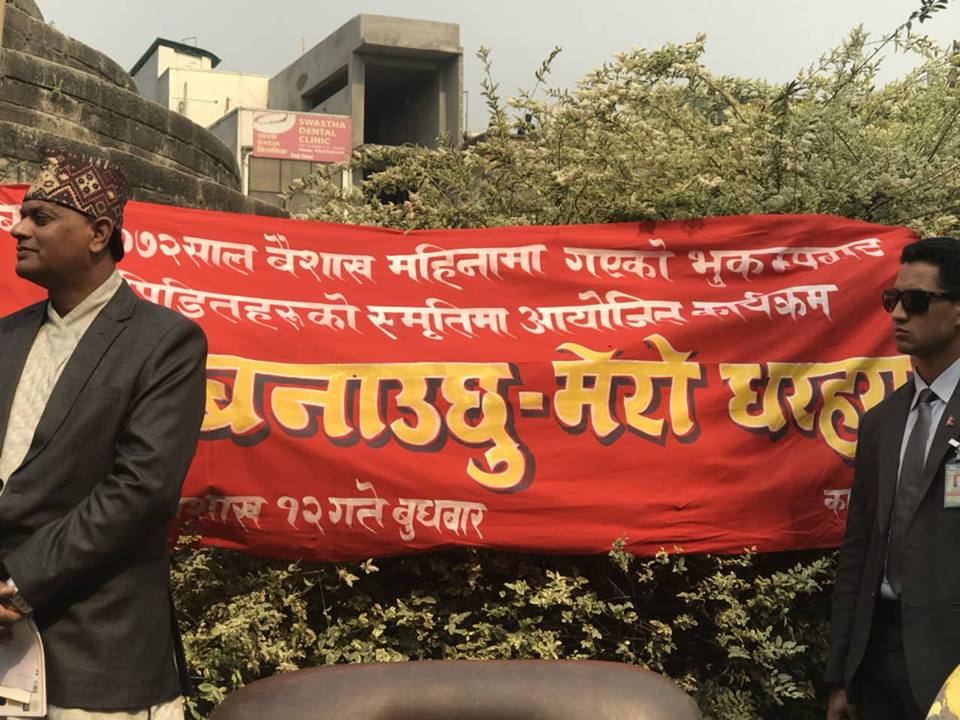