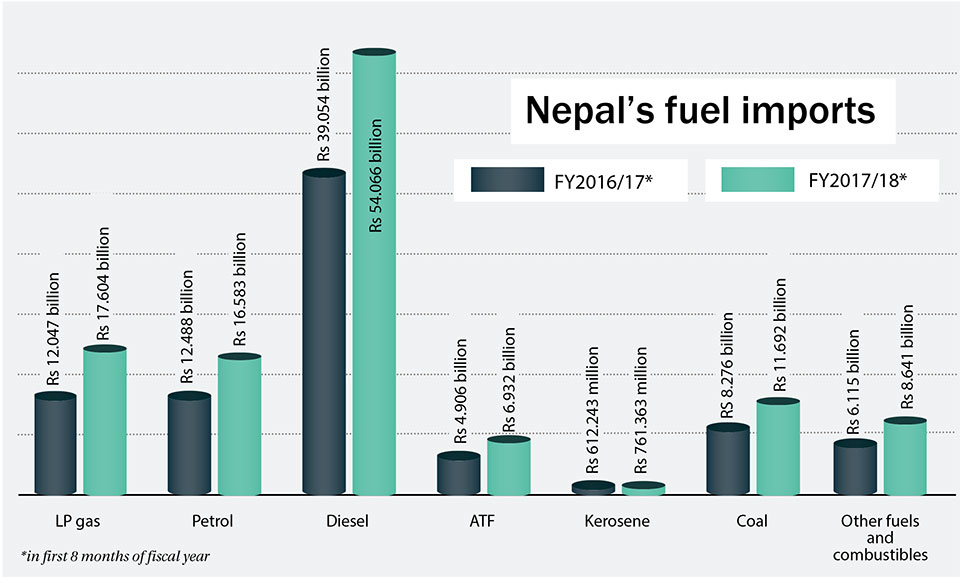 KATHMANDU, April 24: Nepal's fuel imports surged by a massive 39.2 percent in first eight months of the current fiscal year compared to same period of Fiscal Year 2016/17, according to Department of Customs (DoC).

Data compiled by the DoC shows that the country imported petroleum products worth Rs 116.3 billion in the first eight months of FY2017/18, compared to Rs 83.5 billion in the same period of previous fiscal year.

Commenting on the whooping rise in fuel import bill, officials of Nepal Oil Corporation (NOC) - the state-owned petroleum monopolist - said that higher import bill was due to surge in price of petroleum products in the international market. “

"There has been a significant surge in the price of petroleum products in the market. Also, demand has increased considerably as reconstruction and business activities are increasi”g," Susheel Bhattarai, acting deputy manager of NOC.

KATHMANDU, May 11: The import of petroleum products has gone up significantly in the first three quarters of the current fiscal... Read More...